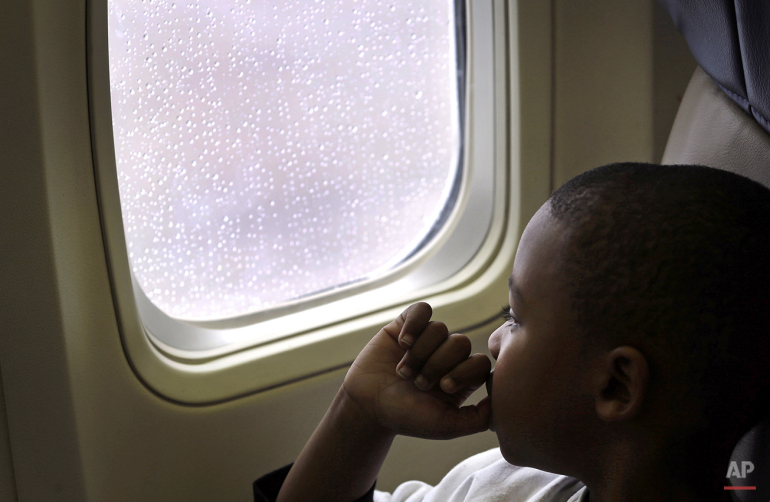 Xavier Perry, 5, looks out of an airplane window at Baltimore-Washington International Thurgood Marshall Airport, Saturday, Dec. 6, 2014, in Linthicum, Md., during Wings for Autism, an airport rehearsal for children with autism spectrum disorders, their families and aviation officials. Families took part in a typical airport experience, from check-in and security to boarding a plane, with the intention of alleviating some of the stress of air travel for children with autism. (AP Photo/Patrick Semansky)

(HealthDay News) – Sperm may hold clues about whether a man’s children will be at increased risk for autism, a small study suggests.

Autism spectrum disorder is a group of developmental problems that can cause significant social, communication and behavioral challenges, according to the U.S. Centers for Disease Control and Prevention.

The CDC estimates that one in 68 U.S. children has an autism spectrum disorder. Many experts believe that autism is usually inherited, but there is no genetic test to assess autism risk, the Johns Hopkins University researchers said in a Hopkins news release.

“We wondered if we could learn what happens before someone [develops] autism,” said Dr. Andrew Feinberg, a professor of molecular medicine at the Hopkins School of Medicine in Baltimore.