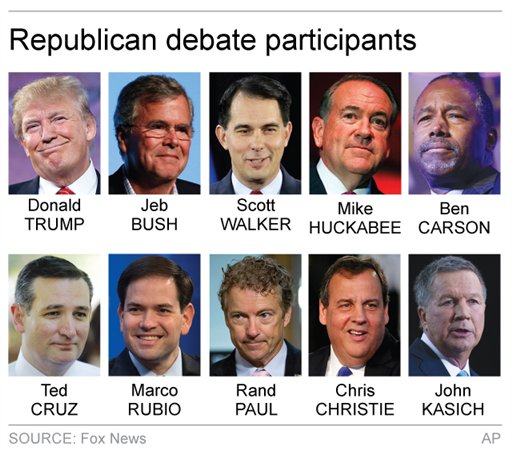 (The Washington Post) – Welcome to our first edition of fact checks of the debates for the 2016 presidential election cycle. Fox News aired two debates on Thursday: a prime-time event starring 10 candidates and an earlier debate featuring seven second-tier candidates, based on an average of recent polls.

Not every candidate uttered facts that are easily fact checked, but following is a list of 21 suspicious claims. As is our practice, we do not award Pinocchios when we do a roundup of facts in debates. But astute readers should be able to figure out the whoppers. These claims are examined in the order in which they were uttered.

The tax-cut number is a cumulative figure, and big chunks came from legislative actions that did not involve Bush, such as a phasing out of the federal estate tax in a law passed by Congress.