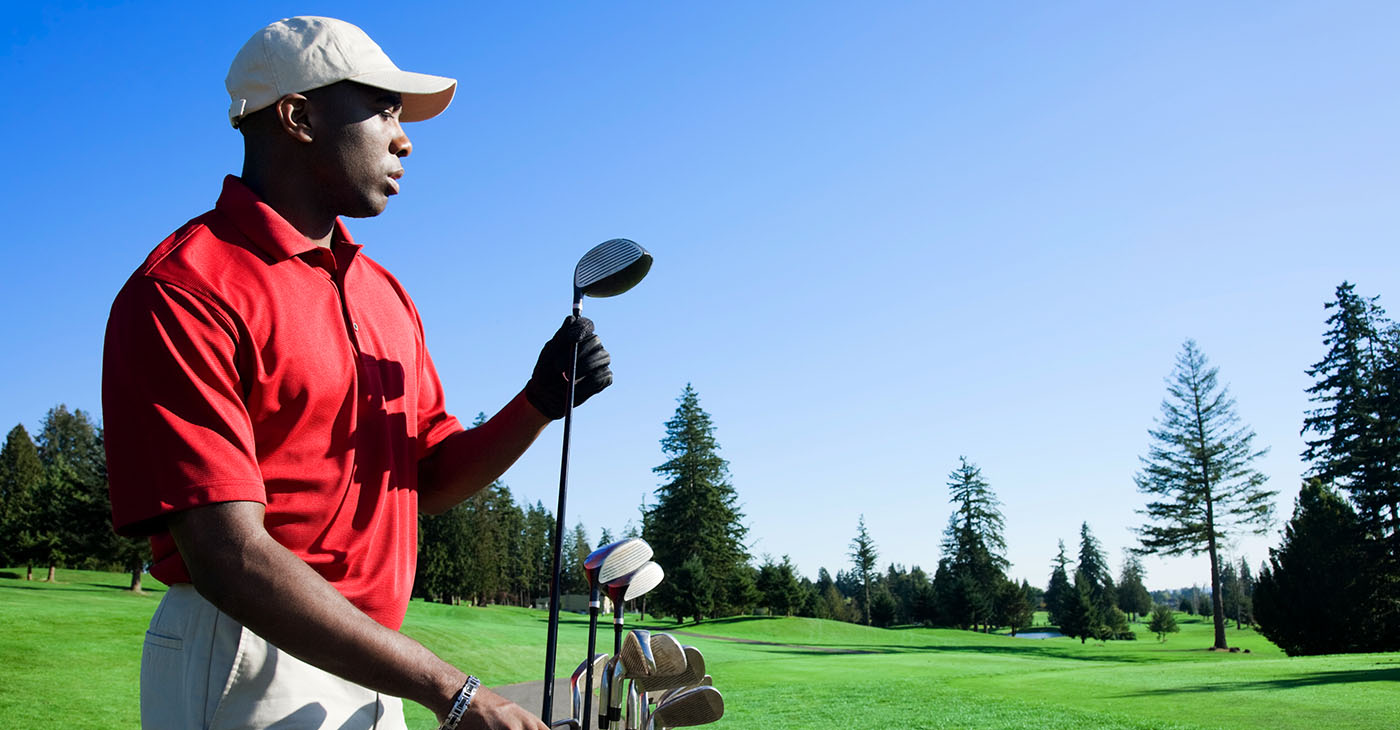 On the 58th anniversary of the Dr. Martin Luther King Jr.-led March on Washington for Jobs and Freedom, the march for voting rights took center stage in Washington, D.C.

About 50 miles to the north of Washington in the unincorporated community of Owings Mills, Maryland, another kind of history took place as the latest march proceeded.

The commissioner also sat for an exclusive interview with the 81-year-old NNPA, the trade association representing the hundreds of Black-owned newspapers and media companies in the 194-year-old Black Press of America.

It marked the first time a commissioner from one of America’s major league sports agreed to a one-on-one interview with the Black Press.

“Did it take too long for the NNPA and the PGA TOUR to begin working together? Yes,” Monahan admitted.

“Can we work together now – listen to and learn from each other now – as part of a shared commitment to ensuring golf stands as a game for all? Yes, I firmly feel and believe that, too,” he stated.

Earlier this year, the PGA Tour and the NNPA entered a memorandum of understanding.

Both organizations agreed to work diligently toward raising awareness of the benefits offered in and around golf to people of color. 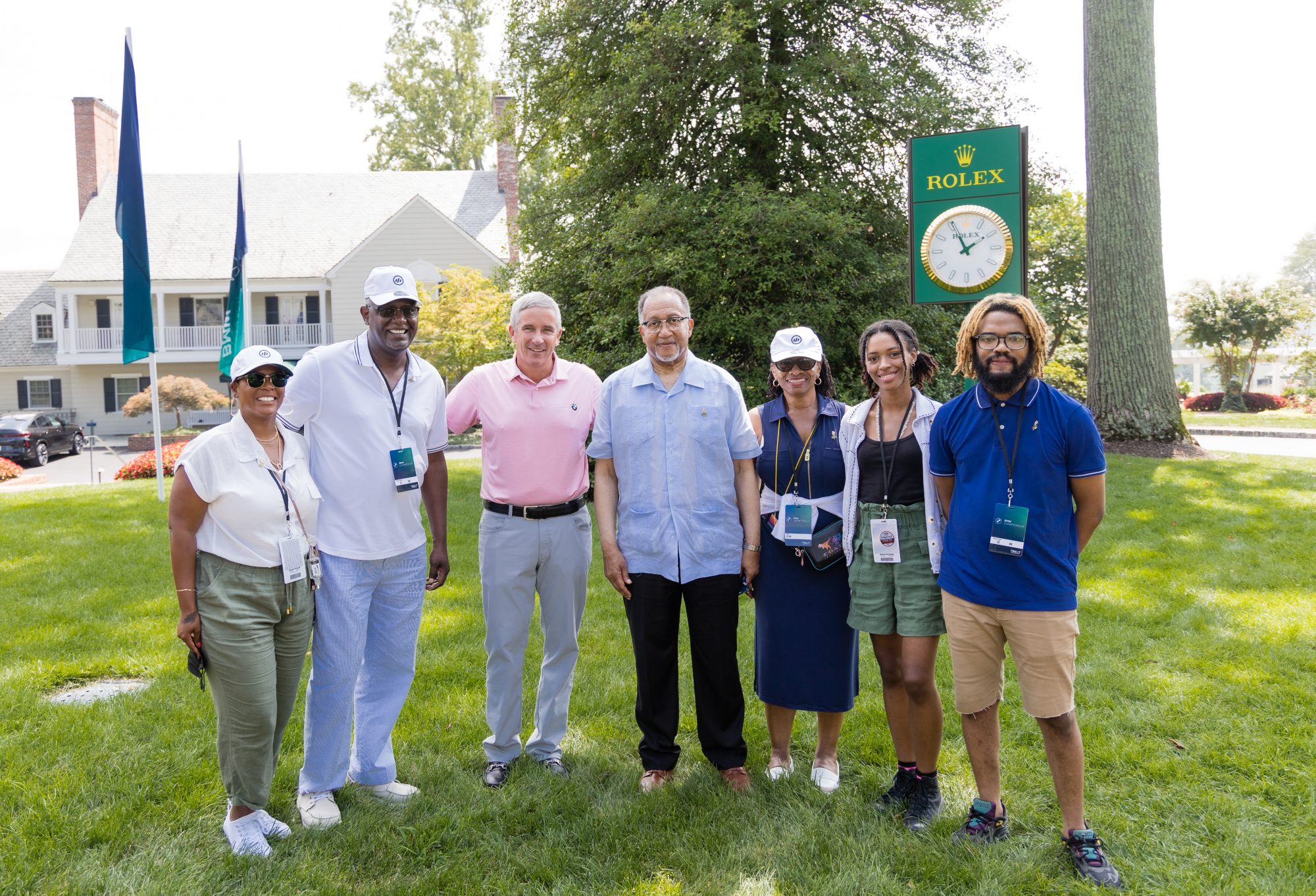 The NNPA will have full access to press conferences, some players, and specific tournaments like the BMW Championships in Owings Mills.

Monahan personally invited the NNPA to the Players Championship at TPC Sawgrass in Florida next March.

The NNPA, which entered a similar arrangement with the PGA of America, anticipates that the PGA Tour will initiate advertising and sponsorship campaigns in member newspapers and BlackPressUSA.com.

Monahan said the NNPA could help further golf’s messaging about diversity, equity, and inclusion by highlighting the PGA Tour’s massive impact with its programs with historically Black colleges and universities (HBCUs) and the Advocates Professional Golf Association (APGA) Tour.

“Together, we can be part of the solution in inspiring the next generation to know and feel that our great game is for everyone,” Monahan stated. 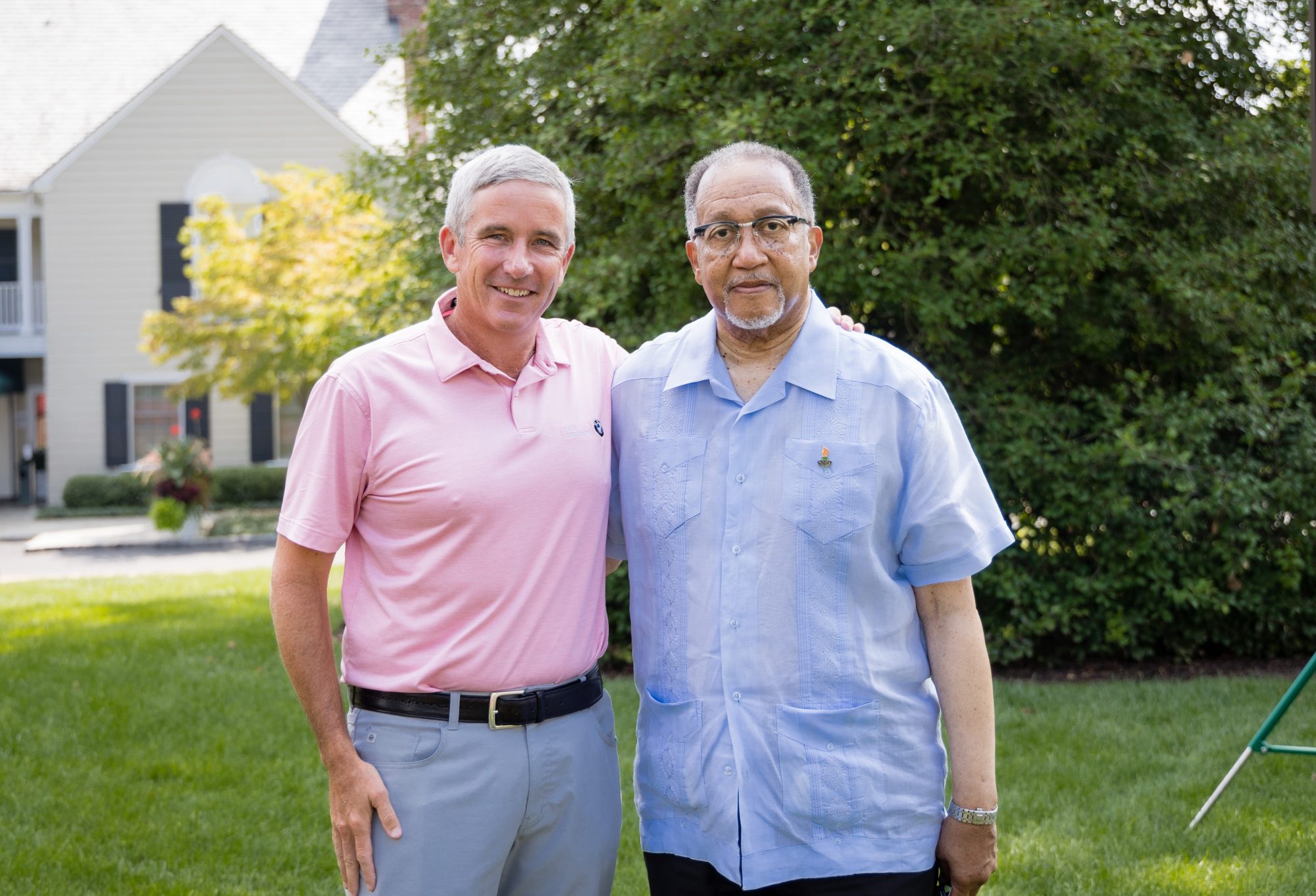 Monahan said he grew up in a family that loved the game, but of course, never imagined becoming PGA Tour commissioner.

He acknowledged that historically the game hasn’t always welcomed African Americans but assured that has changed and more work continues.

“One year ago, I pledged that the PGA TOUR would be part of the conversation and the solution surrounding racial and social injustices in our society. I also said then that, candidly, we didn’t know exactly what to do right away, but that we wouldn’t be deterred,” Monahan offered.

“Does it feel like it was in the distant past? Absolutely not. What we’ve done since is commit to communicate, learn, show compassion, and – ultimately – demand better. That started with – and, frankly, continues with – doing a lot more listening than talking,” he asserted.

“Those are programs that we’re pleased to have underway,” Monahan said.

“We hope that, as the careers of these talented, young HBCU players progress, they’ll then be able to play their way into additional opportunities like two others we’re excited to share.” 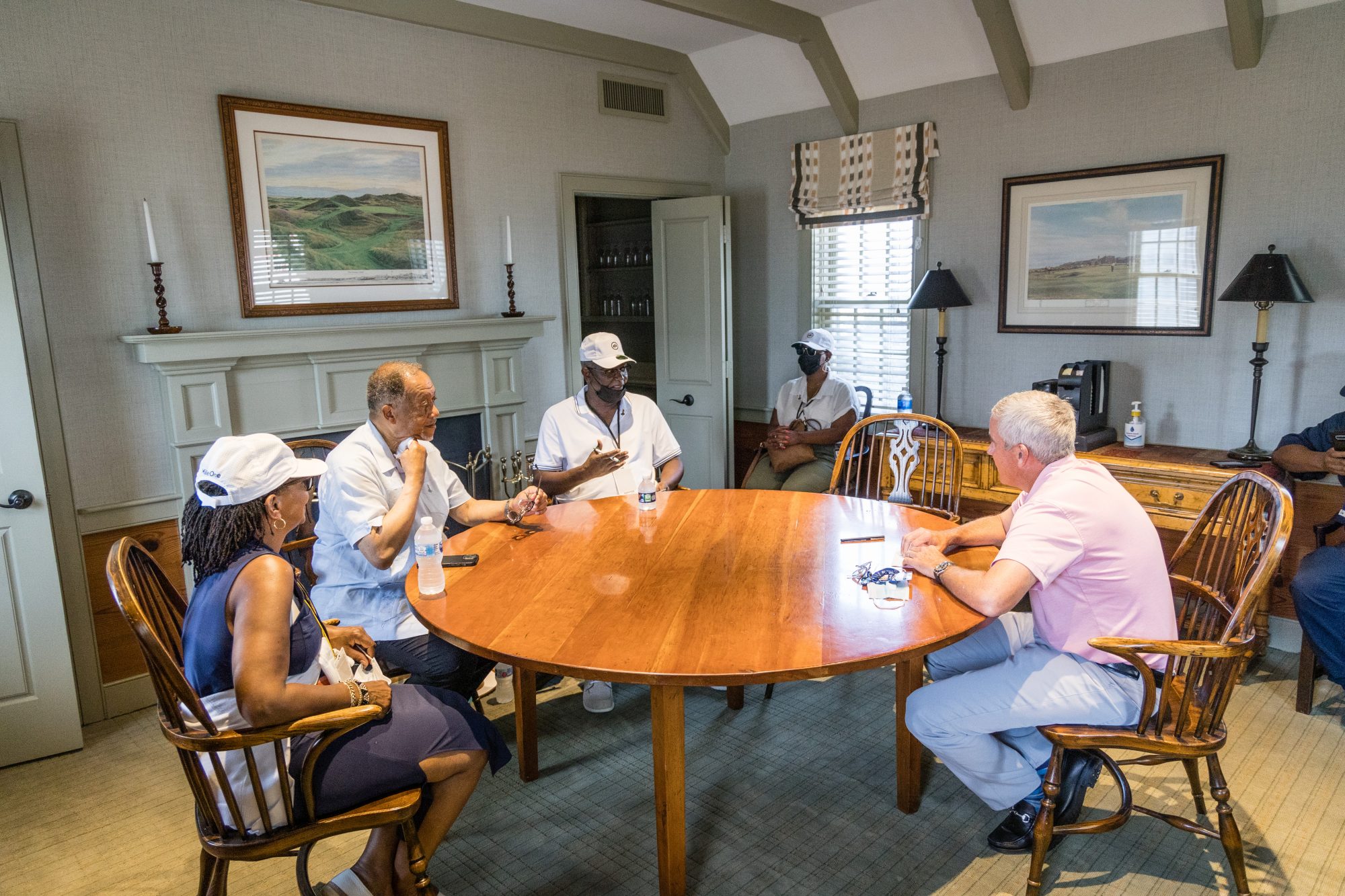 Another program that the PGA Tour hopes will encourage more golfers of color is the 2022 APGA Farmers Insurance Invitation that’s played opposite of the Tour event at Torrey Pines, where the top three ranked players receive invites to participate.

“Another significant focus for the PGA TOUR is a reinforced commitment to First Tee, particularly within marginalized and underserved areas of communities and training more coaches from diverse backgrounds to serve as mentors at our chapters,” Monahan remarked.

“First Tee is also working diligently on a $200 million fundraising campaign, of which more than $120 million has already been raised, with a portion of those dollars also going toward the direct financial support of diversity and inclusion initiatives.”

The commissioner touted the career of Cameron Champ, an African American and a three-time winner of the PGA Tour.

“He learned the game at Foothill Golf Course in Sacramento – a par three course, now run by his Cameron Champ Foundation – where his father, Jeff, would tell him the planes he heard overhead were Tiger Woods coming back from tournaments to get him to practice longer.”

“He eventually realized they weren’t. Cameron was incredibly close to his grandfather, Mack, who began teaching Cameron the game starting at age 2 until his passing. This year, the Cameron Champ Foundation hosted the inaugural Mack Champ Invitational in his name, a premier tournament for juniors from diverse backgrounds.”

Monahan observed that Champ’s story – one of three generations of Black men enjoying golf and positively impacting the next generation.

“The hope is that becomes the norm,” he said.

In addition to its grant program with HBCUs, the PGA Tour has expanded collaboration with those institutions.

It includes a United Airlines sponsored arrangement where each of the current 51 men’s and women’s HBCU golf programs will receive a $10,000 grant.

“We’re thankful to United Airlines for taking the initiative and supporting the HBCU program, which will allow so many schools to travel to and compete in new events for the first time. We look forward to announcing full program details soon,” Monahan stated.