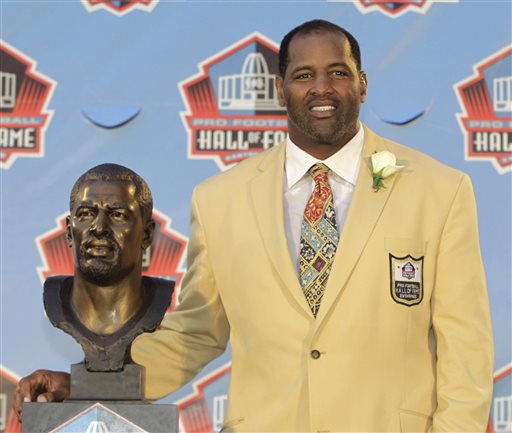 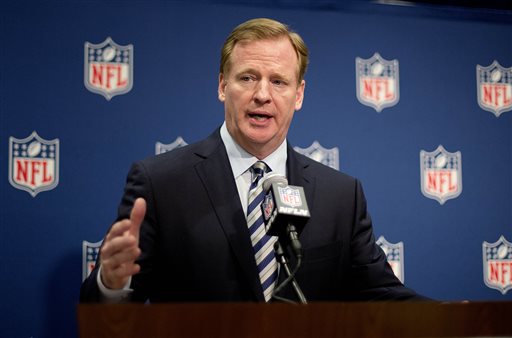 Former NFL lineman Jeremy Newberry says he often hobbled into the 49ers locker room using a walking boot and crutches, then lined up behind as many as two dozen teammates for treatment — in his case, a shot of the painkiller Toradol. Ten minutes later, he sprinted onto the field to play.

The toughness of pro football players is part of the league’s image, but a lawsuit filed Tuesday on behalf of more than 600 former players contends it was abetted by team physicians and trainers across the NFL who routinely dispensed powerful narcotics and other controlled substances on game days to mask the pain.

Although painkillers have been discussed around NFL locker rooms for decades, plaintiffs in this suit give details about which drugs they say teams persuaded them to use and how even severe injuries were covered up temporarily.

Painkillers Percodan, Percocet and Vicodin, anti-inflammatories such as Toradol, and sleep aids such as Ambien were “handed out like candy at Halloween,” according to lead attorney Steven Silverman. Sometimes, the lawsuit also charges, the drugs were given in combinations as “cocktails.”

“The stuff works,” Newberry, who played seven of his nine seasons in San Francisco before retiring in 2009, told The Associated Press in an interview. “It works like crazy. It really does.”

But only for so long.

Newberry, now 38 and one of the eight plaintiffs named in the lawsuit, says that because of the drugs he took while playing, he suffers from kidney failure, high blood pressure and violent headaches. Others — including three members of the NFL champion 1985 Chicago Bears: quarterback Jim McMahon, Hall of Fame defensive end Richard Dent and offensive lineman Keith Van Horne — reported a range of debilitating effects, from chronic muscle and bone ailments to permanent nerve and organ damage.

NFL Commissioner Roger Goodell, in Atlanta for the league’s spring meetings, said Tuesday that league attorneys had not yet studied the lawsuit.

Six of the named plaintiffs in the suit filed in federal court in San Francisco were also parties to the concussion-related class-action lawsuit less than a year ago. The NFL agreed to pay $765 million to settle that case — without acknowledging it concealed the risks of concussions from former players. A federal judge has yet to approve the settlement, expressing concern the amount is too small.

“The difference is that the concussion case claimed the NFL knew or should have known,” Silverman said. “We’re saying this was intentional, putting profits ahead of players’ health — and in violation of federal controlled substance laws, as well as state laws. You don’t order hundreds of narcotic painkillers in their names without telling them.”

Some of the players said they knew they were taking powerful drugs, but felt they would lose their jobs if they didn’t take team officials’ advice and use the substances to get back on the field quickly.

The lawsuit covers the years 1968-2008. Silverman said a number of clients reported teams had “tightened up” dispensing procedures since then, including one incident in which a player said a trainer waited until the team plane on a flight home was 10,000 feet in the air before handing over a narcotic “to avoid violating any state laws.”

McMahon and Van Horne were among several players who said they were never told about broken bones and fed pills to mask the pain. Toradol, which players called a “full-body numb-er” and “the current game-day drug of choice of the NFL” was prevalent enough that Newberry described frequently seeing both teammates and opponents during warm-ups with blood spots on the buttocks of their pants — a telltale sign they’d taken a pre-game injection.

“There was a room set up near the locker room and you got in line,” said Kyle Turley, who played for three NFL teams in an eight-year career. “Obviously, we were grown adults and we had a choice. But when a team doctor is saying this will take the pain away, you trust them.’

Newberry said he regrets that decision now, but never considered not taking the drugs during his career because he feared he’d be out of a job if he didn’t play. After his retirement, a specialist who reviewed his medical records concluded the protein levels in his urine had been elevated — a precursor to kidney problems — for years. Newberry said he got blood work during a team-sponsored physical every year but was never told about any problems.

“They said, ‘You’re good to go, you passed another one. You’re cleared to play,'” he said.

Silverman said he planned to serve the NFL with the lawsuit within the next 120 days, after which the league has 30 days to respond. The case could be significantly delayed if there are similar filings and the lawsuits are eventually consolidated into a single class-action.

“We hope this gets to trial,” Silverman said. “I could see a scenario where, if it were to go to discovery, there would be more doctors and trainers taking the Fifth (Amendment) than providing sworn testimony.”

WNBA to Market to LGBT Community