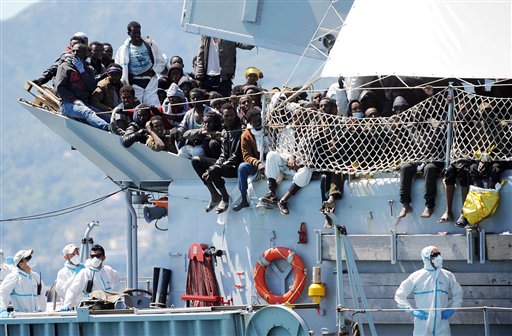 (BBC) – Italy’s navy says it has rescued 52 migrants from a sinking rubber dinghy in the Mediterranean, but about 50 others are missing.

A warship was able to pick up about half of those on board. Another two people were rescued after being spotted clinging to a floating barrel.

Meanwhile, migrants continue to arrive on the Greek island of Kos, where tensions are growing over the influx.

The European Commission has called the situation “beyond urgent”.

A spokeswoman said that a “collective European response” was required to deal with the hundreds of thousands of people trying to reach European shores.

No Bail for Couple Accused of Trying to Join Islamic State