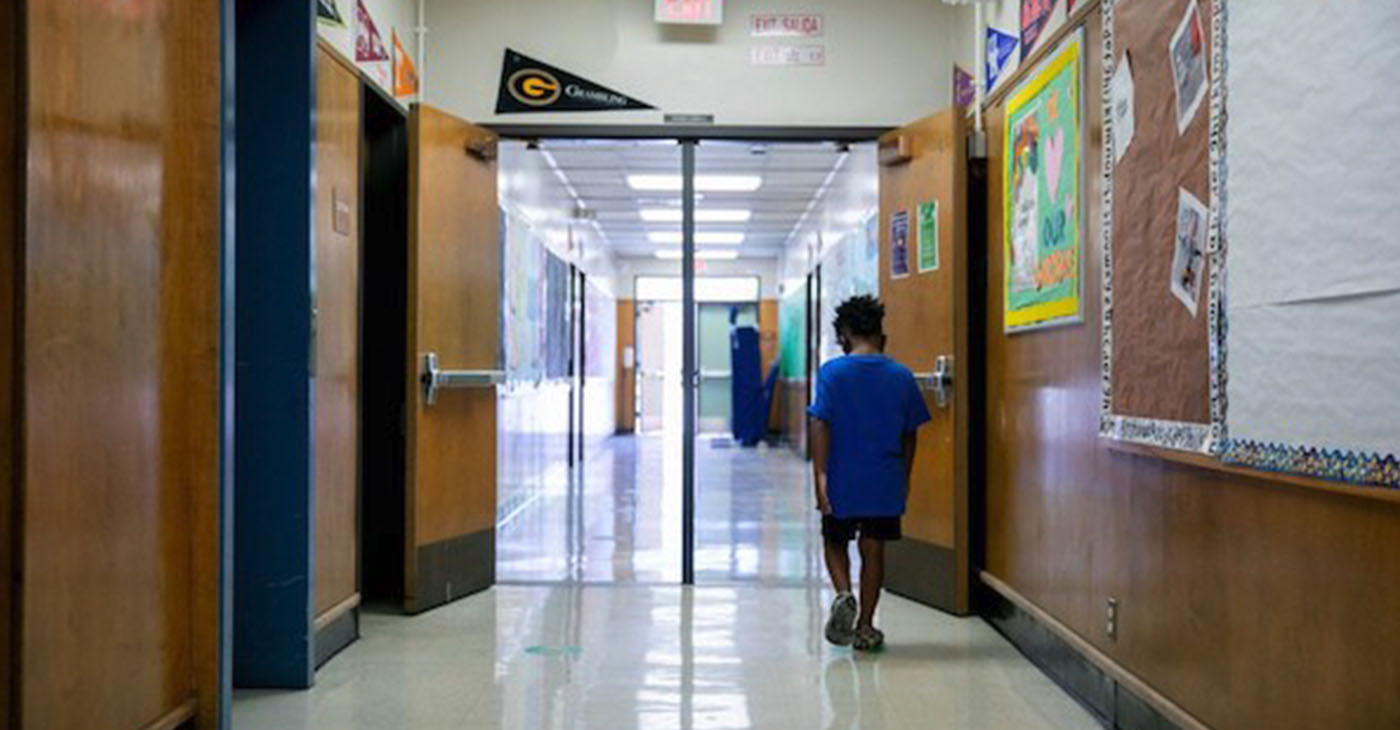 A student walks through Laurel Elementary in Oakland on June 11, 2021. Photo by Anne Wernikoff, CalMatters

That was the ultimatum Michael Fine, CEO of the Fiscal Crisis and Management Assistance Team, a school finance agency, delivered to district leaders last week.

But warnings have been popping up everywhere. The state is hiring a fiscal consultant to help San Francisco Unified — which is currently facing a $116 million shortfall — figure out how to slash 13% of its $1 billion annual budget. Hayward Unified is considering closing an elementary school — one that primarily serves immigrant families — to plug budget gaps. West Contra Costa Unified, confronting a possible $30 million deficit, says it may have to lay off teachers.

Yet the state is pouring a record amount of money into education. So what gives?

Some of the primary culprits, experts say, are declining attendance and enrollment — which partially determine school funding. During the first year of the pandemic, California’s public schools lost more than 160,000 students — the largest enrollment drop in two decades. Although this year’s statewide numbers haven’t yet been released, the numbers from individual districts are grim. Los Angeles Unified’s enrollment has fallen by more than 27,000 students since last year, while San Francisco Unified lost 3,500 students over the past two years.

The state Department of Finance, meanwhile, predicts that California’s pre-pandemic enrollment will decrease by 703,000 students by 2031.

The state is still funding schools based on their pre-pandemic enrollment, but — unless lawmakers intervene, which some administrators are begging them to do — that practice will come to an end next year. Schools could then see their funding affected by declining enrollment and surging chronic absenteeism.

“There needs to be a stopgap measure, some sort of protection for one more year.”

Sara Bachez of the California Association of School Business Officers

And although schools next year will start providing free meals to all students, they aren’t required to make dietary accommodations for religious beliefs — which could disproportionately impact Muslim students, CalMatters’ Joe Hong reports.