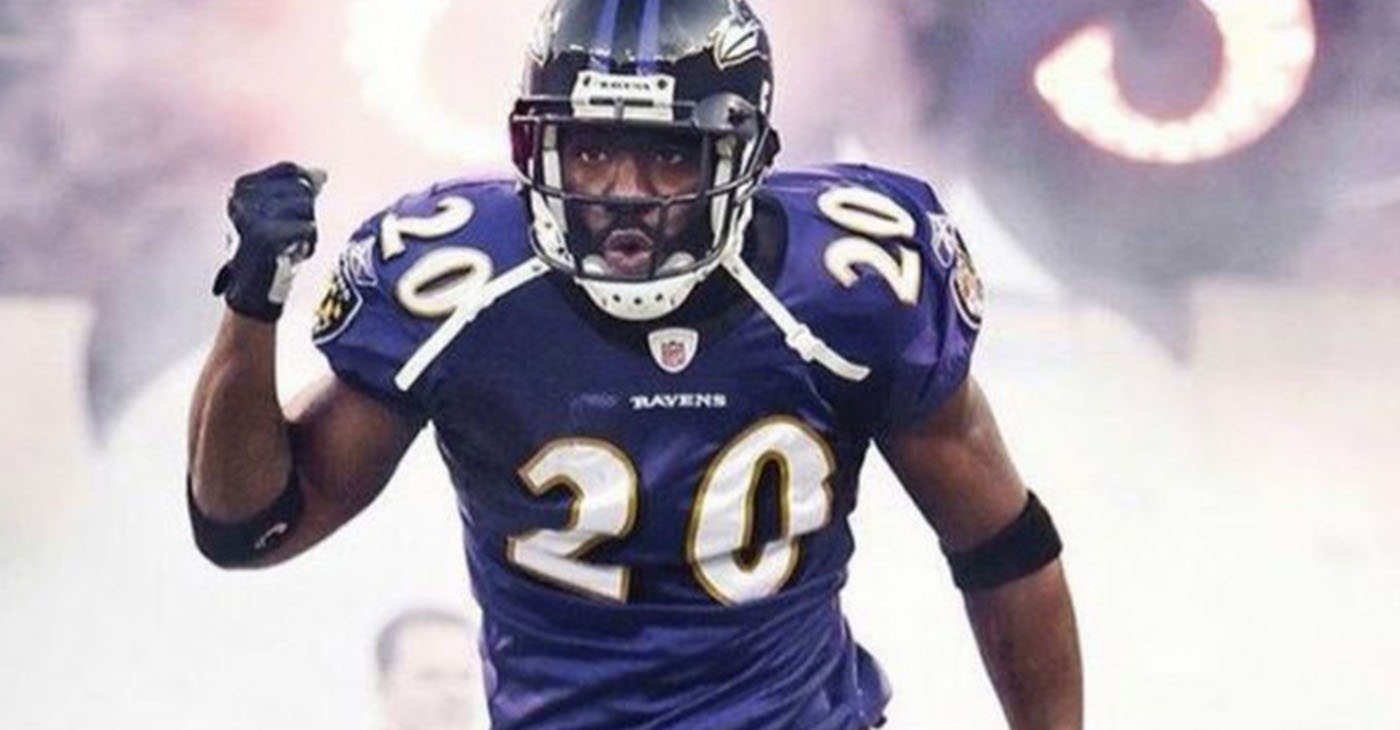 In the 1989 hit movie “Harlem Nights,” the character Sugar Ray, played by Richard Pryor, was almost shot after a card game until a little kid stepped up to save him who earned the named “Quick”, played by Eddie Murphy- and they became inseparable.  The duo was so formidable they withstood dirty cops and took down other shady gangs who threatened their nightclub empire before riding off into the sunset after saving Harlem.

Sugar and Quick are returning for an encore that will last forever but it won’t be on the silver screen. Sugar – as Hall of Fame linebacker Ray Lewis was called by his Baltimore Ravens teammates – was joined by Quick who safety Ed Reed was called in same locker room – was elected into the Pro Football Hall of Fame in his first of eligibility during Super Bowl week festivities in Atlanta. By earning his gold jacket and bust, Canton Reed will take his place with Lewis and Jonathan Ogden amongst the greatest team of all time.

Reed now officially joins Ogden and Lewis as the standard bearers of modern pro football in Baltimore.  Each member of the trio was the greatest player in the history of the Ravens franchise at their position and arguably the best since professional football debuted in Charm City.  They were the core of what gave the team its intimidating presence as one of the elite franchises in the league.

The match between Reed and Lewis couldn’t have been scripted any better.  Their unique on-field synergy seemed to arrive from the University of Miami by osmosis.  As a tandem, the “U” boys were the best combination of linebacker and safety in NFL history.  Championship teams, in every sport, are built from the inside out. Reed and Lewis choked opposing offense because “Sugar” took away the center of the field near the line of scrimmage, while “Quick” made opposing quarterbacks reluctant to throw deep.

For more than a decade they forced teams into long drives by not giving up big plays down field.  Lewis crushed those in his path with the ferocity of a lineman, while Reed administered linebacker’s punishment to those receivers bold enough to venture into his territory in the secondary.  Both were feared leaders and pillars in the foundations to a Super Bowl championship by doing it in different ways.  They were back-to-back NFL Defensive Players of the Year in 2003 and 2004 respectively.

Lewis was, and still is, the face of the Ravens franchise.  He never saw a microphone he didn’t like and danced so well entering M&T Bank Stadium he should’ve replaced Jacoby Jones on Dancing with the Stars.  Reed, on the other hand, was the total opposite. He never seemed comfortable in the spotlight and never brought any attention to himself until game time.  In an era of narcissistic stars looking to add social media followers and grow their brands, Reed collected interceptions and only grew a beard.

Legend has when Deion Sanders – another Hall of Famer – played for the Ravens that he was told that when the ball was in the air it belonged to him. Reed got the message and finished his career with 164 interceptions and 13 touchdowns.  On the rare occasion that he returned punts, Reed flipped the field and set some of the putrid, Brian Billick coached and Kyle Boller led offenses for whatever microscopic final score it could muster.

The voters got this one right.  Ed Reed is a Hall of Famer who was elected on his first ballot.  His understated brilliance can be appreciated as the stuff of legend.