Dwyane Wade thanks Gabrielle Union for not dumping him
Advertisement

You can almost feel the sincerity and emotion in every word NBA legend and champion Dwyane Wade wrote in a heartfelt public letter to his wife, actress Gabrielle Union, for Mother’s Day.

Most observers thought the power couple’s relationship would instantly implode. However, the 46-year-old “Being Mary Jane” star found it within herself to forgive him after being put in an “impossible situation.” And D-Wade thanked “Gabby” profusely for making him a better man, father and son and for making life “fun.” 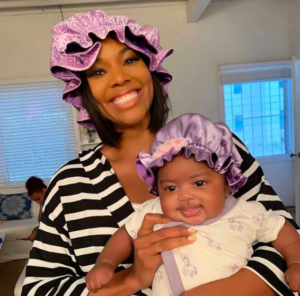 Of course, Union and Wade, 37, went on to get married and are raising Wade’s three sons together. And now, they are raising their “miracle” daughter Kaavia together.

Under the following photo posted to his Instagram page, D-Wade delivered this powerful message to his loving wife: