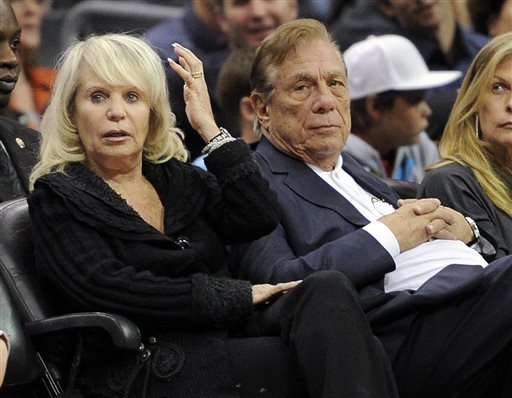 (USA Today) – Donald Sterling has agreed to transfer his ownership share of the Los Angeles Clippers to his wife Shelly, who will voluntarily move to sell the team, according to a person familiar with the negotiations.

The person spoke to USA TODAY Sports Friday on condition of anonymity because of the private nature of the talks.

The person declined to say why Shelly Sterling decided to change her mind after previously saying she would fight to keep her 50% ownership share of the team.

There are contingencies in the agreement, a second person with direct knowledge of the situation told USA TODAY Sports. Shelly Sterling has agreed to sell the team as long as she retains a minority interest in the Clippers, according to the second person, who also requested anonymity because he was not authorized to speak publicly about the negotiations.

V. Stiviano’s Secret Project: Could She Have a Reality Show?

Is Mark Cuban Right About the Pervasiveness of Prejudice?