Disney, Stieglitz and Others Criticize Excesses of Billionaires and Uber-Wealthy
Advertisement 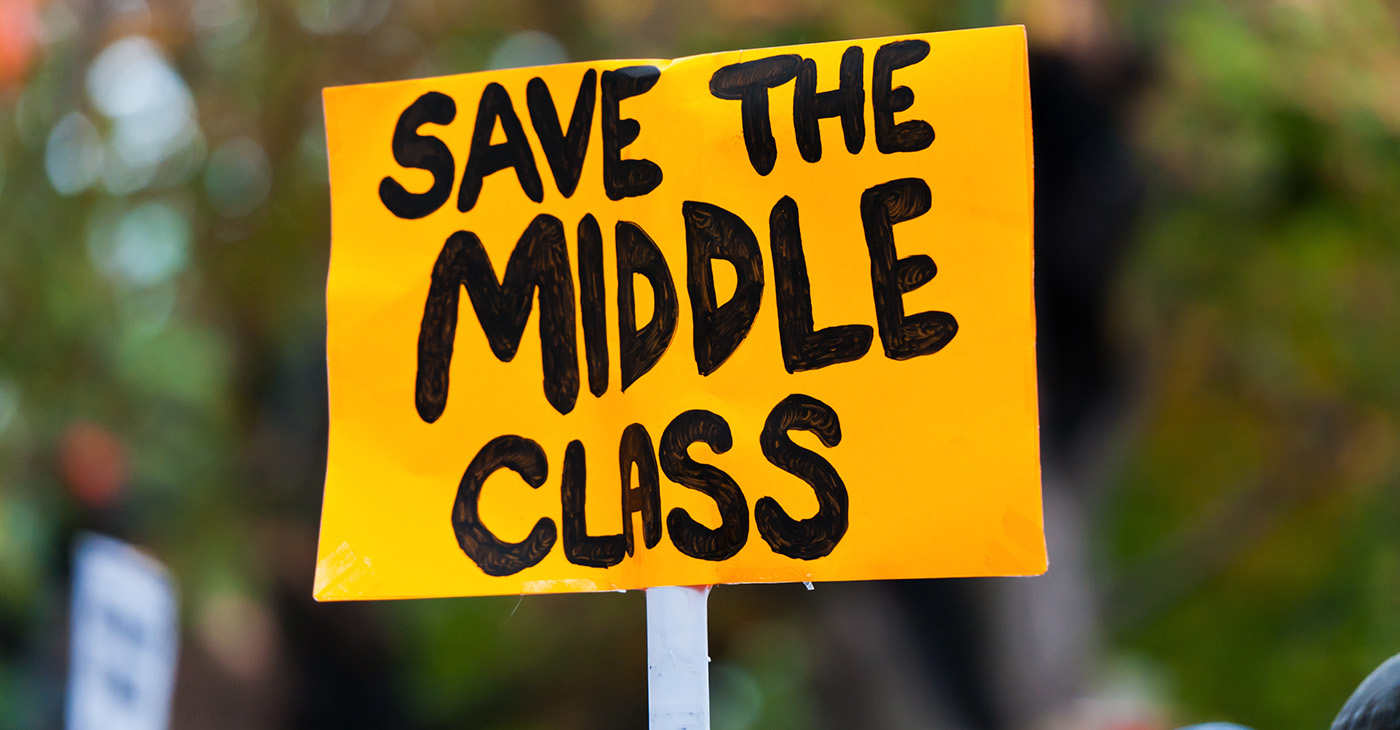 Disney Heiress Abigail Disney is the latest critic of the vast disparity between workers and business executives to level intense and passionate criticism at a system that allows CEOs to rake in unbelievable amounts of cash, stock options and benefits while ordinary workers languish in stagnation.

In tweets and a recent op-ed in the Washington Post, Disney excoriated Disney CEO Bob Iger who made $65 million in 2018, which is 1,424 times greater than the median income of the average Disney worker.

“It is time to call out the men and women who lead us and to draw a line in the sand about how low we are prepared to let hard-working people sink while top management takes home ever-more-outrageous sums of money,” Disney wrote in the opinion piece. “It is unreasonable to expect corporate boards to act as a check on this trend; they are almost universally made up of CEOs, former CEOs and people who long to be CEOs.”

“To put that gap in context, in 1978, the average CEO made about 30 times a typical worker’s salary. Since 1978, CEO pay has grown by 937 percent, while the pay of an average worker grew just 11.2 percent. This growth in inequality has affected every corner of American life.”

Disney, granddaughter of Roy Disney, co-founder of the legendary company with his brother Walt, is a philanthropist, activist, founder of Peace is Loud and co-founder of Level Forward, a start-up that backs media projects of women and people of color to develop films, podcasts, stage shows and related projects.

“At the pay levels we are talking about, an executive giving up half his bonus has zero effect on his quality of life,” she said. “For the people at the bottom, it could mean a ticket out of poverty or debt. It could offer access to decent health care or an education for a child.”

Disney appealed to the moral conscience of the Walt Disney Co. leadership.

“Lead. If any of this rings any moral bells for you, know that you are uniquely situated to model a different way of doing business,” she wrote. “… You do not exist merely for the benefit of shareholders and managers. Reward all the people who make you successful, help rebuild the American middle class and respect the dignity of the men and women who work just as hard as you do to make Disney the amazing company it is.”

Nobel Prize-winning Economist Joseph E. Stiglitz agreed with Disney, telling Democracy Now’s Amy Goodman and Juan Gonzalez in an April 24 interview that capitalism hasn’t been working for most Americans for the last 40 years.

“She’s absolutely right. You mentioned that in the late ’70s it was 30 to one, on average; today it’s over 300 to one,” said Stiglitz, a Columbia University professor, professor and chief economist at the Roosevelt Institute and former chairman of the Council of Economic Advisers under President Bill Clinton. “And it’s not as if our CEOs have gotten 10 times as productive in those intervening years. It’s not as if—you know, American CEOs get paid so much more than their workers relative to those in Europe and even more relative to those in Japan. And it’s not because our CEOs are that much more productive. It’s because we have a real problem in our corporate governance laws, in our norms, that allow them to take away that much money.”

Stiglitz, author of a new book, “People, Power, and Profits: Progressive Capitalism for an Age of Discontent,” said using CEO bonus money to share the wealth among Disney employees as Disney suggests would make a significant difference to workers.

“That money could also have gone into investment,” he said. “You know, one of the striking things about the United States today is that while the rates of return are very, very high relative to what they’ve been in the past, the levels of investment have been low. So, you would have thought those two would have gone together, but with CEO pay and share buybacks being so large—trillion dollars of share buybacks last year—the money isn’t going either to workers or to investment.”

The widening wage gap and widespread disparities have been news lately with Rep. Alexandria Ocasio Cortez (D-NY), Vermont Sen. Bernie Sanders, billionaire investor Warren Buffett, entrepreneur and venture capitalist Nick Hanaeur, activists from the Left, progressives and others leading the charge against, and warning about, the consequences of the excesses of the uber-rich. Ocasio Cortez, a freshman legislator, has proposed a 70 percent tax on incomes over $10 million, while Sen. Elizabeth Warren posited a “wealth tax” of 2 percent for those whose net worth exceeds $50 million. And Sanders has suggested increasing the estate tax for estates above $1 billion, so that children of billionaires do not unfairly reap the windfalls regular Americans don’t get, all of which has caused consternation in wealthy circles.

They have been increasing critical of a Republican tax cut in 2017 that transferred about $1.2 trillion of wealth from the middle class to the super rich and politicians and a business elite who have done little to address and alleviate the financial challenges that face their workers.

In 2018, The United Way released data collected over 10 years that offers a disturbing snapshot of where the United States stands since the 2008 recession ended. The ALICE (Asset Limit, Income Constrained, Employed) Project, shows that almost 51 million Americans make less than what’s needed to survive in the modern economy. Stephanie Hoopes, the project’s senior researcher, said that number includes 16.1 million households living in poverty, as well as the 34.7 million families that fall under the ALICE classification.

That translates to what she said is a staggering 43 percent of American households that can’t afford basics such as food, child care, health care, transportation, and a cell phone.

“There are many different ALICE stories. Some people are in different situations because of health problems, natural disasters and a number of other issues,” Hoopes said. “Usually people who are in this field totally understand the magnitude of this problem. The cause is a mismatch between basic elements of the average household budget and what people are making. Housing, childcare, food, transportation and healthcare are increasing faster than inflation overall and faster than wages. Increasing wages would help offset fluctuating wages, unpredictable hours and workhours incompatible with childcare.

America’s working class is caught in an economic vice fueled by decades of stagnant wages; the weakening of organized labor by Republican lawmakers; gaming of the system by politicians and corporations; minimum wages for fast food and service jobs employees; unemployment; the spiraling cost of food, medicine, and rent; gentrification, foreclosures, and the severe shortage of affordable housing.

“There are a lot of people working who are still in poverty,” said Dr. Gould, whose areas of expertise include wages, poverty, jobs, healthcare and economic mobility. “We put data out, titled “50 Years after the Poor People’s Campaign, Poverty Persists Because of a Stingy Safety Net and a Dysfunctional Labor Market,” which shows that a number of Americans living in poverty who may be in school or retired, but two-thirds are otherwise employable. Of those, 63 percent are working and 45.5 percent of them work fulltime.”

“People need more jobs, jobs that have more hours and the pay needs to be higher. What people are earning is simply insufficient. We also need a better safety net for caregivers and students. It seems like people are working really hard and low-income workers are more educated than ever before but the data make it clear that millions of people who are active participants in the labor market are unable to make ends meet, either due to insufficient hours or low wages.”

Stiglitz said the promise of decent, well-paying jobs, a sturdy social safety net and retirement security has faded and the social contract between politicians, corporations and the public is increasingly being ignored.

“People need more jobs, jobs that have more hours and the pay needs to be higher. What people are earning is simply insufficient. We also need a better safety net for caregivers and students,” Stiglitz said in an article titled, ‘The American Economy is Rigged. And What We Can Do About It.’ “It seems like people are working really hard and low-income workers are more educated than ever before but the data make it clear that millions of people who are active participants in the labor market are unable to make ends meet, either due to insufficient hours or low wages.”

“The basic perquisites of a middle-class life, including a secure old age, are no longer attainable for most Americans,” Stiglitz continued. “We need to guarantee access to health care. We need to strengthen and reform retirement programs, which have put an increasing burden of risk management on workers (who are expected to manage their portfolios to guard simultaneously against the risks of inflation and market collapse) and (which) opened them up to exploitation by our financial sector (which sells them products designed to maximize bank fees rather than retirement security).”

Beverly Hunt knows what it’s like to live in such uncertain circumstances. Hunt, a Washington, D.C.-area resident for more than 20 years, said significant health care challenges have jeopardized her wellbeing.

The communications and public relations veteran said she has been living an increasingly precarious existence since discovering that she has breast cancer four years ago.

“I was very blessed when I was diagnosed with cancer because I had a good job and good insurance with an 80-20 split, meaning 20 percent of the costs are borne by me,” said Hunt, a Howard University graduate who has been in her career field for 30 years. “I was paying $200 a month for four whole years to one doctor. This has affected everything with me … it’s scary. Even though I have a great insurance, I still had to pay cash. Acupuncture is no longer covered and I haven’t even begun to figure how to pay for radiation. I’m thinking I may wait for the full seven years when my credit is clear and start from there.”

“It’s certainly taken a toll on my standard of living. I know so many friends with no insurance and the consequences for them have been so much worse. What they’re dealing with has knocked people out of the middle class. One serious illness, being unemployed for several months a year, or us Baby Boomers not being hired—all this affects one’s ability to stay in the middle class. What I see among my peers is that they are jammed up, deciding whether they are going to eat or pay bills.”

Liberation Journalist Barrington Salmon lived and wrote in Florida (Miami and Tallahassee) for almost 20 years. He is a 2017 Annenberg National Fellow (University of Southern California) who currently freelances for several publications, including The Final Call, Atlanta Black Star, the National Newspaper Publishers Association and The Washington Informer. Salmon writes on a variety of topics in the nation’s capital and can often be heard on WPFW, DC’s Pacifica public radio station. The Washington metro area has been Barrington’s home for 20 of the past 22 years, broken up by a two-year stint in Addis Ababa, Ethiopia. A London-born Jamaican, Barrington has traveled widely to locales including Ghana, Israel, Italy, Greece, El Salvador, Amsterdam, China, Nepal and Zanzibar. Connect with Barrington on his video blog, Speak Freely with Barrington Salmon + follow him on Twitter @bsalmondc and on his Facebook page, BarringtonSalmonWrites.