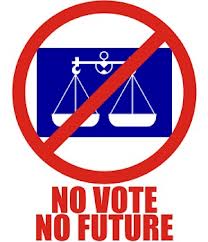 WASHINGTON (NNPA) – The Supreme Court’s decision to strike down Section 4 of the Voting Rights Act, the part determining which states and political subdivisions are subject to the preclearance provision of the law, is likely to spark voting rights challenges around the nation, according to a study by New York University.

The 5-4 decision by the conservative majority effectively guts the strongest section of the Voting Rights Act until Congress passes new legislation to meet the objections raised in latest ruling, which grew out of a challenge filed by Shelby County, Ala.

According to a study by the Brennan Center for Justice at New York University School of Law, the ruling is likely to revive a flood of racially discriminatory practices that had been forbidden by the Department of Justice and federal courts.

The Texas attorney general has already announced that the state will immediately implement two voting changes that had been challenged by the Justice Department, including one that requires a voter photo ID, in the wake of the court’s latest ruling.

In anticipation of the Supreme Court ruling in Shelby v. Holder, the center issued a report titled, “If Section 5 Falls: New Voting Implications.” Although Section 5 was left intact, it was neutered by Tuesday’s ruling.

Under Section 5 of the Voting Rights Act, certain jurisdictions with a proven history of discrimination are required to preclear proposed changes in their voting procedures with either the Justice Department or the federal district court in Washington, D.C. to make sure they do not harm voters of color.

“Any decision by the Supreme Court striking down Section 5 would prompt a strong public outcry and demand for Congress to pass new legislation in response,” the report stated. “If previously covered jurisdictions attempt to take advantage of the period before Congress acts to implement discriminatory voting changes, voting rights advocates and DOJ can be expected to block them under other legal provisions. There is no guarantee, however, that other existing laws can substitute for Section 5.”

The Brennan study said Black voting rights could be threatened by jurisdictions attempting to:

 Re-enact voting changes that have been formally blocked by Section 5;

 Adopt discriminatory voting changes that had been rejected. For example, 153 changes were withdrawn between 1999 and 2005 after the Justice Department raised questions;

 Implement discriminatory changes that have been prevented from going into effect, but technically remain on the books.
According to the report, the Department of Justice has blocked 86 state and local requests for election changes over the past 15 years. Federal courts blocked at least three plans. Actually, the total number of rejected changes may be larger because some of the proposals contained multiple changes.

Dispelling the myth that Blacks can now vote with ease, the study cited more than a dozen notable cases of attempted voter irregularity, including:

 In 2001, the White mayor and all-White Board of Aldermen in Kilmichael, Miss. attempted to cancel a city election shortly after Blacks became a majority of the registered voters;

 In 2002, Freeport, Texas proposed switching from a single-member district to an at-large election system that would have favored Whites;

 In 2012, implementing Section 5 prevented the Beaumont Independent School District in Texas from replacing two single-member districts with at-large districts that Blacks were unlikely to win. Several months later, other election changes that would have shortened the terms of three incumbent candidates were rejected. To make matters worse, the candidates qualification period was declared closed, meaning the incumbents would not be able to seek re-election in their own districts;

 In 2012, the Department of Justice objected to a Texas law that would have required voters to show a photo ID before casting a ballot;

 In 2006, the Justice Department rejected a Houston-area plan to conduct joint elections with several school districts. If approved, the plan would have resulted in some voters traveling to two separate polling places to cast their ballot and reducing the number of polling places from 84 to 12;

 In 2003, Bexar County, Texas announced plans to eliminate five polling places for early voting that served the predominantly Latino West Side of San Antonio; and

 In 2002, the city council of Fredericksburg, Va. created a redistricting plan that would have dismantled the only majority Black district.

The report noted that raising questions in the preclearance process prompted some jurisdictions to withdraw or alter their submissions. Between 1999 and 2005, according to one study cited in the Brennan report, 153 voting changes were withdrawn and 109 were altered.

In 2003, for example, Monterey County, Calif. sought to reduce the number of polling places from 190 to 86 for a special gubernatorial election, a move that the Justice Department said would make it harder for people of color to travel to their regular polling site. After the Department of Justice requested more information, the county withdrew five of the proposed precinct consolidations and the plan was then precleared.

In 2012, the city of Decatur, Ala. wanted to change the structure of its government by eliminating two city council districts and diluting the only minority-majority district. After more information was requested by the federal government, the city abandoned the plan, the report stated. After the city came up with another plan retaining all of the districts, the plan was approved.

“Leaders from both parties have called the Voting Rights Act of 1965 the country’s most successful piece of civil rights legislation,” the report stated. “Federal anti-discrimination laws prior to 1965 were insufficient to secure the rights promised minority citizens by the Constitution. Case-by-case litigation did little to curb widespread discriminatory election practices.”
###

Obama Pledges to Fight for Restoration of Voting Rights Act