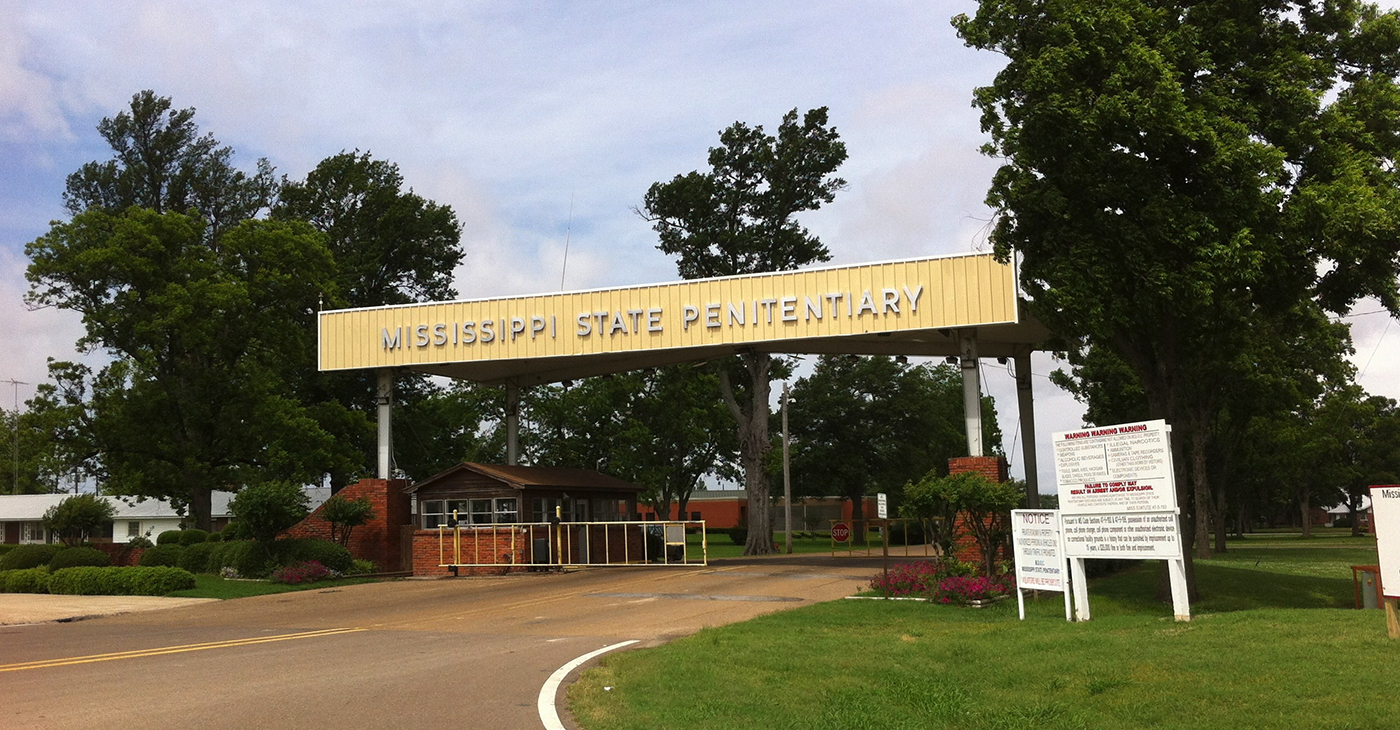 The Entrance to Mississippi State Penitentiary. Today, of the more than 5,000 inmates at Parchman, more than 60 percent are African American. The prison has an 11-to-1 inmate to guard ratio, and no one is safe.

The crisis at Parchman Prison, the former slave plantation where more than two-thirds of inmates are African American, continued with the February 16, 2020 death of David Lee May.

The death was the 18th at the penitentiary since December 29, 2019, and it was the second in 24 hours. Inmate Bobby Vance, 54, died a day earlier from what officials called natural causes.

May, 42, was found unresponsive in his cell and was pronounced dead after prison officials said they said attempts to resuscitate him failed.

“I don’t suspect foul play,” Rankin County, Mississippi, Coroner David Ruth said in a statement about May, who had been housed in a cell by himself. Serving a life sentence for two aggravated assault convictions, May escaped in January but police captured him two days later.

Ruth stated that he’s awaiting results from an autopsy to confirm the cause of May’s death.

For some time, concerns about Parchman have rankled inmates, family members, and others, including hip-hop superstar Jay-Z who is suing the state demanding better conditions at the prison. Jay-Z, whose real name is Shawn Carter, and others, have lobbied for officials to shut down the controversial prison.

The conditions at Parchman, which once was a plantation that contained hundreds of slaves, were highlighted in January when cell phone video made its way to the internet displaying a cache of problems.

Reform advocates and human rights organizations have labeled the prison one of the worst detention facilities in the world.

Reports indicate that death and violence are rampant, many inmates are without beds, and electricity, plumbing, and fundamental human rights are absent. At the same time, mold, roaches, mosquitos, and rodents far outnumber the more than 5,000 inmates.

“This is unacceptable,” rap star T.I., who is among those calling for the prison’s closure, wrote on his Instagram page.

“The conditions in the prisons operated by the Mississippi Department of Corrections are absolutely inhumane and unconstitutional,” Yo Gotti wrote in a letter to the governor Phil Bryant, a Republican.

“To see this happen so close to my hometown of Memphis is truly devastating. That’s why we’re calling on Mississippi state leaders to take immediate action and rectify this issue. If they don’t right this wrong, we’re prepared to take legal action to provide relief for those that are incarcerated and their families,” Gotti stated.

In an alarming 2019 report on Parchman and other Mississippi prisons, The Marshall Project found that gang activity isn’t limited to some of the people incarcerated. They discovered that some prison employees, including some high ranking officers and managers, are affiliated with one of two gangs, the Vice Lords or Gangster Disciples. The reasons vary.

“Some staffers said gang loyalty gives some officers a measure of protection; since gangs have a lot of control, they can prevent certain attacks,” The Marshall Project reported. “Others say gang affiliation began before employment; according to lawsuits, testimony, and interviews, gangs directly recruit women to apply for correctional officer jobs.”

In a tweet, Pro Publica officials stated, “Understaffed and underfunded, Mississippi’s #ParchmanPrison recently received media attention for its grisly violence, gang control, and subhuman living conditions. Lawmakers have known about these issues for years — and have done nothing to fix it.”

In addition to the deaths of May and Vance, James Allen Brown, 54, and Jesus Garcia, 39, have also died this month at Parchman. Each of those deaths was characterized as being of natural causes.

In January, Nora Ducksworth, 53, died of “apparent natural causes” at the prison. Two days earlier, Limarion Reaves, 28, collapsed and died while talking to a relative on a prison phone. On January 26, Joshua Norman, 26, was found hanging in his cell during a security check. One day earlier, Jermaine Tyler, 38, was found unresponsive in his housing unit and, on January 22, Thomas Lee, 49, died of an “apparent suicide.”

James Talley, 36, and Timothy Hudspeth, 35, both died on January 21, due to injuries suffered during an altercation with other inmates.

Authorities said Gabriel Carmen, 31, was found hanging in his cell at Parchman on January 18, while A.D. Mills, 42, died of “natural causes on January 8 after being taken to a local hospital.

On January 3, Denorris Howell, 36, died of neck injuries after an altercation with his cellmate.

Gregory Emary, 26, was reportedly killed in a fight on January 2, while on the same day, Roosevelt Holliman, 32, was stabbed to death in what officials called a gang fight.

Walter Gates, 25, died of multiple stab wounds on January 1, and Terrandance Dobbins, 40, was killed during what authorities called a major disturbance at the prison.

“We have been treating these people like animals for decades,” Paloma Wu, a senior staff attorney with the Southern Poverty Law Center, told reporters after visiting a client at Parchman. “Worse than animals, in fact. It is no exaggeration to say more lives will be lost absent immediate intervention.”

For People of Color, Gentrification is More a Curse than a Blessing