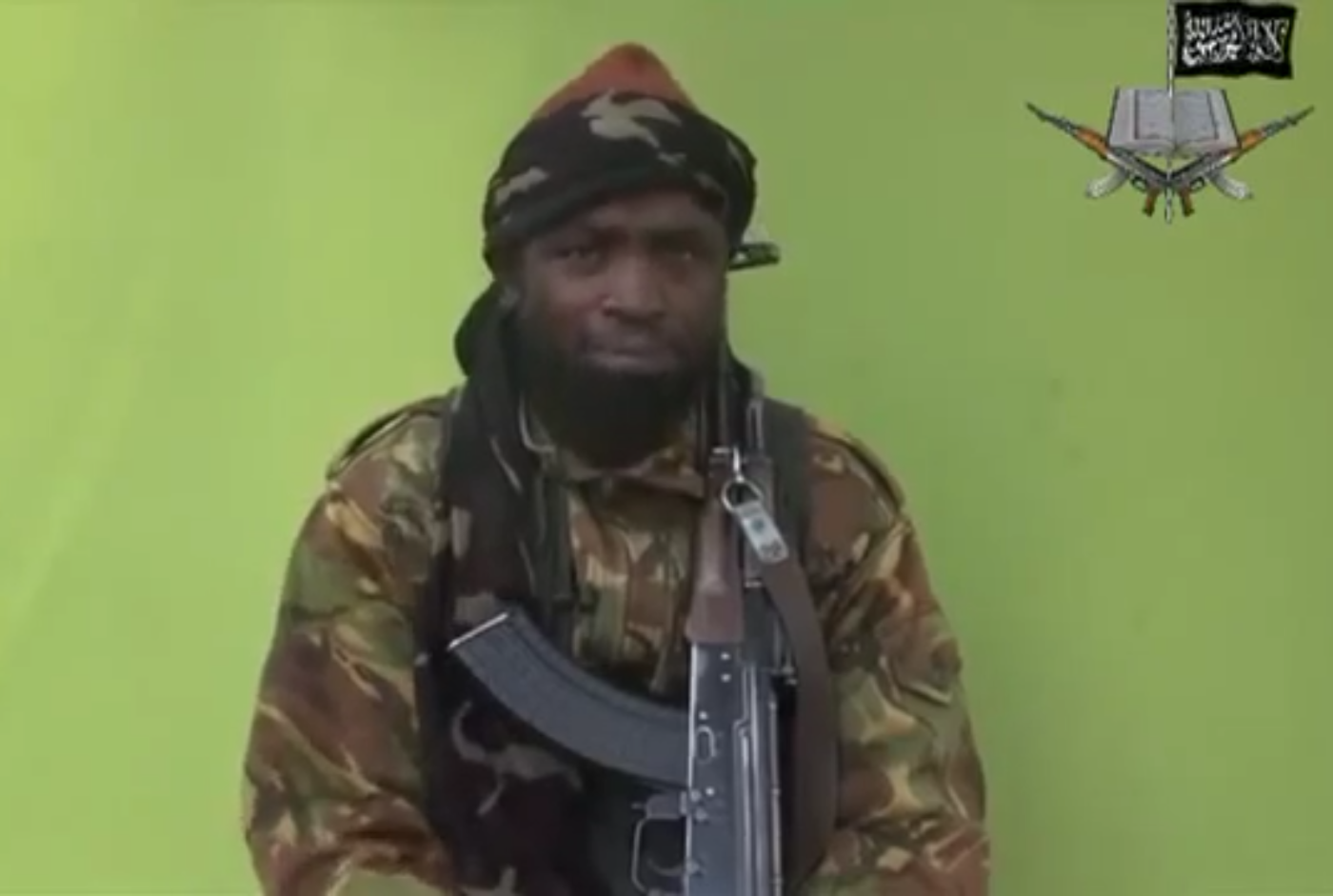 In this photo taken from video by Nigeria’s Boko Haram terrorist network, Monday May 12, 2014 shows their leader Abubakar Shekau speaking to the camera. The new video purports to show dozens of abducted schoolgirls, covered in jihab and praying in Arabic. It is the first public sight of the girls since more than 300 were kidnapped from a northeastern school the night of April 14, 2014. (AP Photo)

ABUJA, Nigeria (AP) — The National Hospital spokesman says a victim wounded in the bomb blast at a mall in Nigeria’s capital died overnight, raising the death toll to at least 22.

The government says soldiers shot and killed one suspect as he tried to escape, and police detained a second suspect.

Wednesday’s explosion in Abuja is the latest in a series of violent attacks blamed on Boko Haram Islamic extremists. Nigerian security forces have not succeeded in curtailing their near-daily attacks.

The extremists on Tuesday night overran a military checkpoint in the northeast and killed at least 21 soldiers. They also took some troops hostage, witnesses said.

Boko Haram attracted international condemnation for the April mass abductions of more than 200 schoolgirls, and is blamed for this week’s kidnappings of another 90 people.