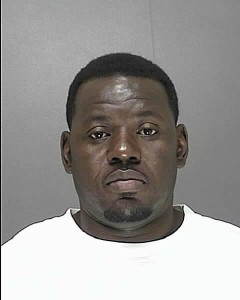 by James Harper
Special to the NNPA from the Florida Courier

DAYTONA BEACH, Fla. – The ex-wife of a DeLand, Fla., man who was run over and killed by a local police car in May wants the Volusia County medical examiner removed or suspended for her conclusion that “there was no evidence that he was struck by the vehicle.’’

Marlon Brown was run over and killed by Police Officer James Harris during a pursuit on May 8. DeLand is about 15 miles from Sanford, the city that gained global attention in the Trayvon Martin case. Crump is the attorney for Martin’s parents. With advice from Crump, Krystal Brown filed a complaint against Herrmann with the Florida Department of Law Enforcement Medical Examiner’s Commission.

The Florida Courier also has learned that the Florida State Conference of the NAACP reached out to Tom Battles with the Department of Justice about the DeLand case.

“He is aware of the situation and his office is prepared to investigate the death of Marlon,” Cynthia Slater said.

As first vice president of the Florida NAACP, Slater said she is responsible for providing oversight to the DeLand NAACP, “so I have been working with the West Volusia Branch on this issue since the beginning.”

In a letter to the Florida Department of Law Enforcement Medical Examiner’s Commission obtained by the Courier, Krystal Brown wrote: “I am requesting that the Medical Examiner’s Commission perform an independent investigation into the circumstances surrounding Marlon Brown’s death and whether Dr. Herrmann violated any professional or ethical regulations or worse engaged in criminal conduct to conceal the truth about what caused Marlon Brown’s death.”

Brown ex-wife is appalled that a high-speed car chase over a possible seat belt violation led to the death of Marlon Brown, the father of her three children.

According to a police report, Volusia County Sheriff’s Deputy John Szabo noticed that Brown was driving on May 8 without using a seat belt. Szabo turned on his emergency lights, Brown took off and a chase began  around 12:36 a.m.DeLand Police Officers Harris and Justin Ferrari joined the pursuit of Brown.  Along the way, Ferrari abandoned the chase.

Harris drove to the left of Ferrari’s patrol car and continued the pursuit until Brown abandoned his vehicle and took off running through a vegetable garden.

Mrs. Brown and Attorney Crump believe Brown’s death was caused by Harris’ car running him over.

The dash cam of the patrol car caught the incident on video, which Mrs. Brown and Crump believe clearly proves their conclusions. A grand jury chose not to file vehicular homicide charges against Harris.

Her ex-husband’s death will not go in vain said Mrs. Brown, who already has settled at $550,000 civil lawsuit with the city of DeLand. Harris was fired May 31.

In the termination letter to Harris, DeLand police Chief Bill Ridgway Harris wrote: “I have determined that you have failed to meet probationary standards. Effective immediately, your employment with the City of DeLand has been terminated. This decision was made in the best interests of the department, the city and the community.”

Mrs. Brown was married to Marlon for 10 years before they divorced in 2006. Though the marriage ended, Mrs. Brown said they remained friends. “I still loved him. We talked a couple a times a week,” she said.

Mrs. Brown said she had spoken to him the day before the accident. She said she was home the night of the accident and was contacted shortly after it occurred.

“I went down there right after it happened,” she noted.

No matter what happens, Brown says she vows to speak up to fight against laws governing high-speed chases to prevent what happened to her ex-husband from happening to anyone else.

She noted she has started her crusade working with the DeLand Police Department on their pursuit policy.

“I would like to be the spokesman to end illegal high-speed chase pursuits,” she said.

If Brown was not wearing a seat belt, the police did have the right to pull him over. On June 30, 2009, a law in Florida went into effect that allows officers to cite an individual for driving without a seatbelt on, even if no other violations are involved.

Prior to this law, officers could issue a civil citation for failure to wear a seat belt but could not use this violation as reason to stop a motorist.

Harris not being charged came as no surprise to Crump. “If the matter was reversed, (and) Marlon was the driver of car, he would have been charged (for running someone over),” Crump noted.

Even though Brown’s family has settled a civil suit with the city, Crump said they have the right to continue pursuing criminal charges.“Neither one should affect the other,” Crump said, referring to the criminal and civil cases.

Judging from the video and other evidence, Crump said he is convinced Harris drove in a reckless manner, which led to Brown’s death. “We don’t know what the grand jury saw,” he said. “All we know is they presented the medical examiner’s report. We believe it was inaccurate – evidence shows this.”

The Black Mecca 50 Years Later: Did Black Atlanta Get to the Promised Land?