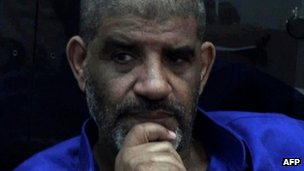 The daughter of Libya’s former intelligence chief has been abducted after leaving a prison in Tripoli.

Justice Minister Salah al-Marghani said police had been escorting Anoud Abdullah al-Senussi from al-Rayoumi prison on Monday afternoon when they were ambushed by heavily armed gunmen.

The kidnappers opened fire on them before seizing Ms Senussi, he added.

Ms Senussi had just finished a 10-month prison sentence for entering Libya with a forged passport in October 2012.