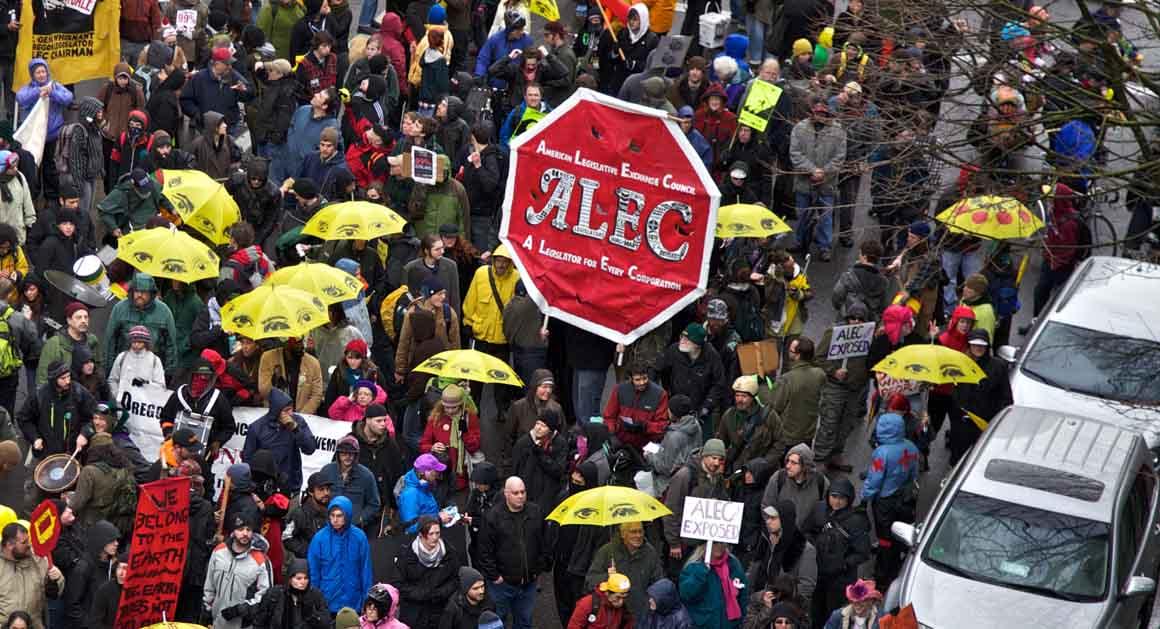 (Politico) – The Koch brothers-backed group that helped launch the push for voter ID laws and “stand your ground” statutes has a new project: defending the anonymous “dark money” in politics.

The American Legislative Exchange Council, composed of conservative state lawmakers and corporations, devoted part of its annual conference last week to turning around negative perceptions about anonymous contributions. In an audio tape obtained by POLITICO, panelists at the San Diego event lament a movement gaining traction in state and local governments to require more disclosure of donations to politically active nonprofits, which are expected to spend hundreds of millions in the 2016 election.

According to the audio, speakers stressed that groups pushing for disclosure were strategic in labeling anonymous spending “dark money,” “conjuring images of shady operatives in smoke-filled rooms” in the minds of voters to boost their cause.

“Seems to me that by using the term ‘dark money’ in this discussion we are buying into their arguments,” said one state senator at the session. “If the media were to call it something better such as ‘anonymous free speech money’ or something else. Somebody needs to come up with a better label than ‘dark money.’”

The Economy Keeps Getting Better, but Young Adults Keep Living With Mom and Dad

Analysts: T-Mobile to Take No. 3 Slot from Sprint