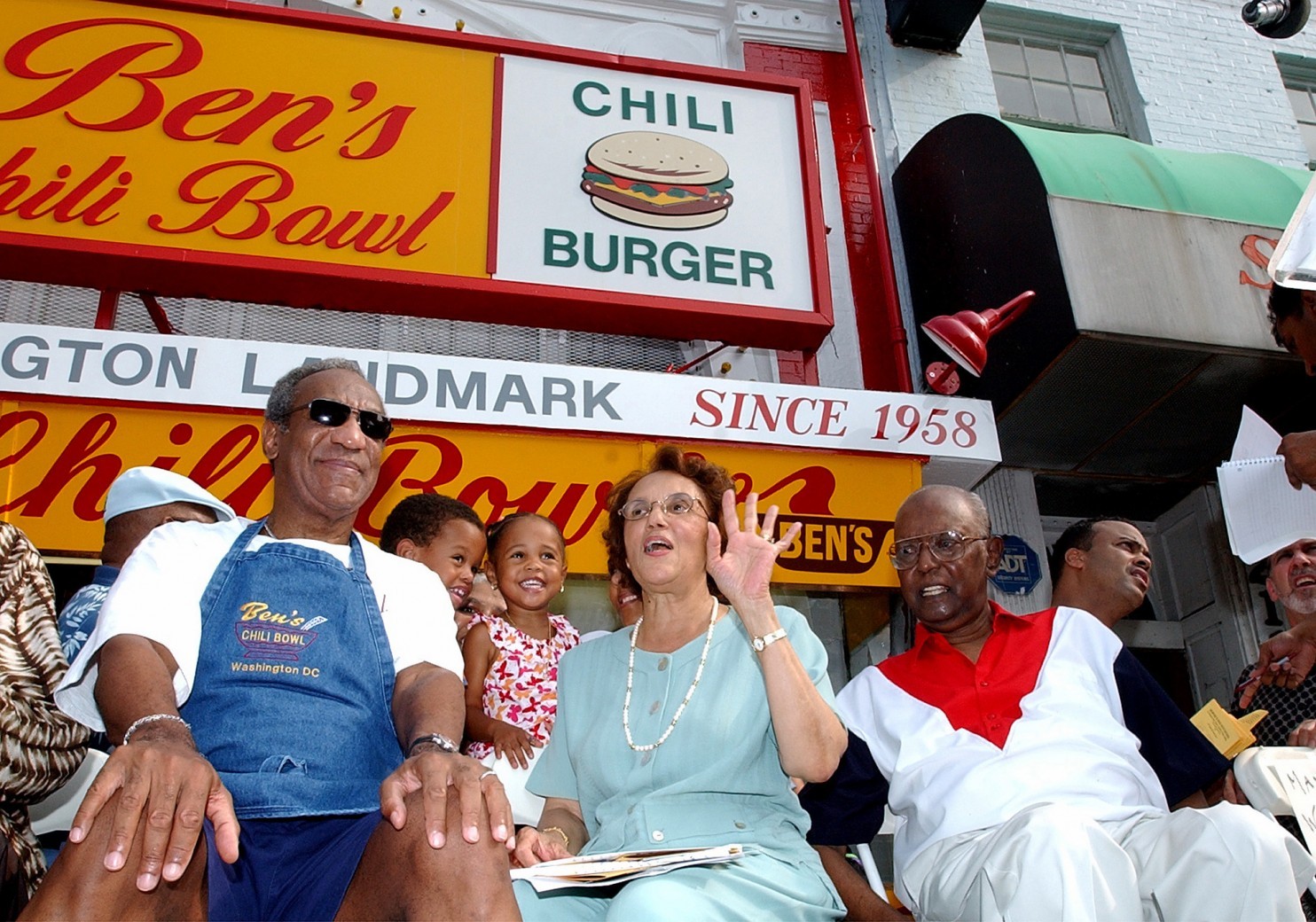 (The Washington Post) – In the District, Ben’s Chili Bowl and Bill Cosby have long been linked.

A mural featuring him adorns the side of the historic U Street greasy spoon. A sign behind the counter says the legendary actor eats for free. And for decades, major events at Ben’s have been announced with the actor as emcee. When Ben’s opened its first outpost in Virginia last year, Cosby helped cut the ribbon.

But when the newest and biggest Ben’s opens Wednesday, it’s not clear whether Cosby will have his usual outsize imprint on the burgeoning Washington-area chain.

On walls packed with photos of celebrities and politicians who played lesser roles in securing Ben’s status in D.C. folklore — including Bono, Chris Rock, Jesse Jackson, Hillary Rodham Clinton and President Obama — no picture of Cosby was affixed to the wall Tuesday afternoon when a Washington Post reporter toured the new restaurant along the District’s booming H Street NE corridor.