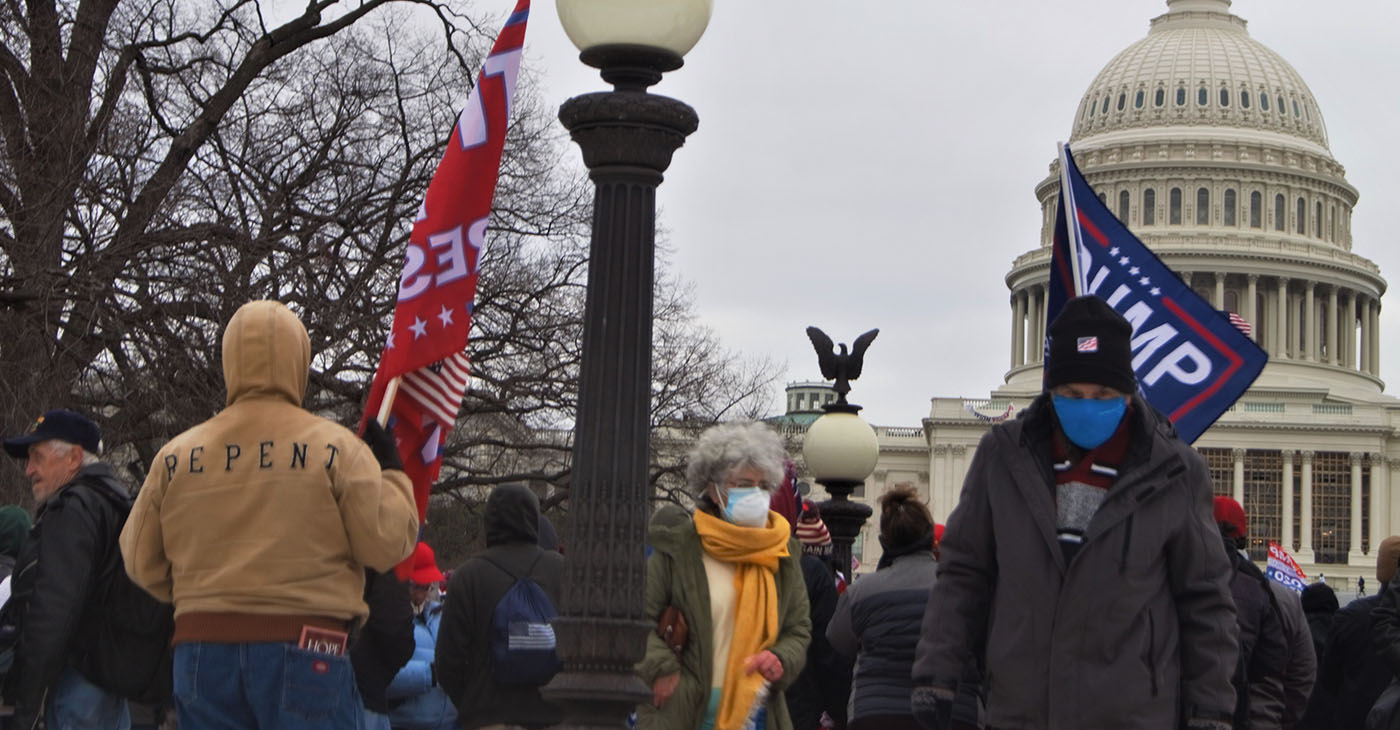 D.C. Mayor Muriel Bowser is urging law enforcement to vigilantly work to sniff out potential violent plots by insurrectionists and other nefarious actors.

The mayor joined others who expressed growing concern over whether some would attempt to disrupt President-elect Joe Biden and Vice President-elect Kamala Harris’ Jan. 20 election in Washington.

Bowser is demanding unprecedented protection for the event. Meanwhile, multiple reports indicate that the FBI is aware of chatter about plots by right-wing extremists who plan to continue their protests of the 2020 Presidential election and possibly inflict further acts of domestic terrorism like that carried out on Jan. 6 at the U.S. Capitol.

The U.S. National Park Service has already announced the closure of the Washington Monument through Jan. 24.

In a statement, Park Service officials cited threats and disruption to the set-up and execution of inaugural events.

Washington Metropolitan Area Transit is also planning to cancel many of its D.C. area train and bus routes.

However, a spokesperson could not be reached to determine which lines would be affected.

“There must be a federal force deployment [plan] for all U.S. government property,” Bowser demanded.

In a televised interview Monday, Adam Schiff, the U.S. House of Representatives Intelligence Committee chairman, announced that he expected authorities to ensure safety at the inauguration.

Former Presidents Barack Obama, George W. Bush, and Bill Clinton, and their spouses, are all expected to attend.

Their attendance, which is traditional for former presidents, only enhances the need for extra vigilance, Schiff and others said.

Also, there is a growing belief that outgoing President Donald Trump, whose rhetoric fueled the deadly insurrection at the U.S. Capitol, will encourage his supporters to lash out.

“There’s certainly a danger that the President will continue to incite his followers to further violent activity, aimed at stopping the peaceful transition of power,” Schiff related.

Bowser called the insurrection “an unprecedented terrorist attack” and warned that it could occur at the inauguration if law enforcement is not watchful.

The mayor has repeatedly called on non-residents to stay away from the nation’s capital during the inauguration.

Authorities have reported discovering encrypted chat rooms that have praised the insurrectionists, calling them “Patriots.”

The FBI said calls for more protests, including a “Million Militia March” on Jan. 20, have dominated chatter on social media and other intercepted mediums.

Yahoo News reported obtaining an FBI document that contained warnings about threats made at the state and local level around the country.

“The situational information report, produced by the Minneapolis field office of the FBI, is based on information provided by what it describes as “collaborative sources,” and was issued the week before a mob of Trump supporters violently stormed the U.S. Capitol,” Yahoo reported.

The outlet specifically noted that the document addressed concerns about rallies that the far-right boogaloo movement plans to hold in cities across the country on Jan. 17.

The report warns that “some followers indicated a willingness to commit violence in support of their ideology, created contingency plans in the event violence occurred at the events and identified law enforcement security measures and possible countermeasures.”

Specifically, the report describes evidence of credible threats related to events planned for Jan. 17 at the state Capitol buildings in Michigan and Minnesota, Yahoo added.

Further, it said those rallies are part of what members of the violent far-right and libertarian boogaloo movement hope will be a nationwide “armed march” on Capitol Hill and all 50 state capitols next Sunday.

“These individuals reportedly “scouted general law enforcement presence at the earlier rallies and “also identified law enforcement sniper locations and considered breaking into federal buildings for use as firing locations, if fighting occurred,” the report relayed.

“One Boogaloo movement follower indicated the building with the snipers would need to be blown up in order to protect Boogaloo fighters in the event of a gun battle during the event, and another planned to put colored duct tape on the back of his body armor to appear as law enforcement and cause confusion.”