The names of the 100 high school students selected for this year’s Disney Dreamers Academy at Walt Disney World Resort appear on a billboard in Times Square in New York City. The 2023 class was announced today when one student was surprised with the news on national TV at her New Jersey school. Disney Dreamers Academy in late March is a mentoring program hosted annually by Walt Disney World Resort that fosters the dreams of Black students and teens from underrepresented communities. (ABC/Jeff Neria)

Exclusive Walt Disney World Resort mentoring event fosters dreams of Black students and teens from underrepresented communities; 100 outstanding students from New York to California to be part of the multi-day event in March

LAKE BUENA VISTA, Fla. – A budding artist, an aspiring neurosurgeon and a creative storyteller are among the 100 talented high school students selected for this year’s Disney Dreamers Academy, an educational mentoring program hosted at Walt Disney World Resort in Florida.

The 100 students from across the country will descend on Walt Disney World Resort March 23-26 for the 16th annual event, aimed at broadening career awareness and creating exclusive opportunities for Black students and teens from underrepresented communities across America.

The full list of students is available at http://www.DisneyDreamersAcademy.com.

To kick off the announcement of the 2023 class, Mickey Mouse, Disney executives, and international recording star Kelly Rowland surprised one of the students with the news of her selection live on national TV from her school in Newark, N. J. Afterwards, the names of the entire Class of 2023 were displayed on a Times Square billboard. 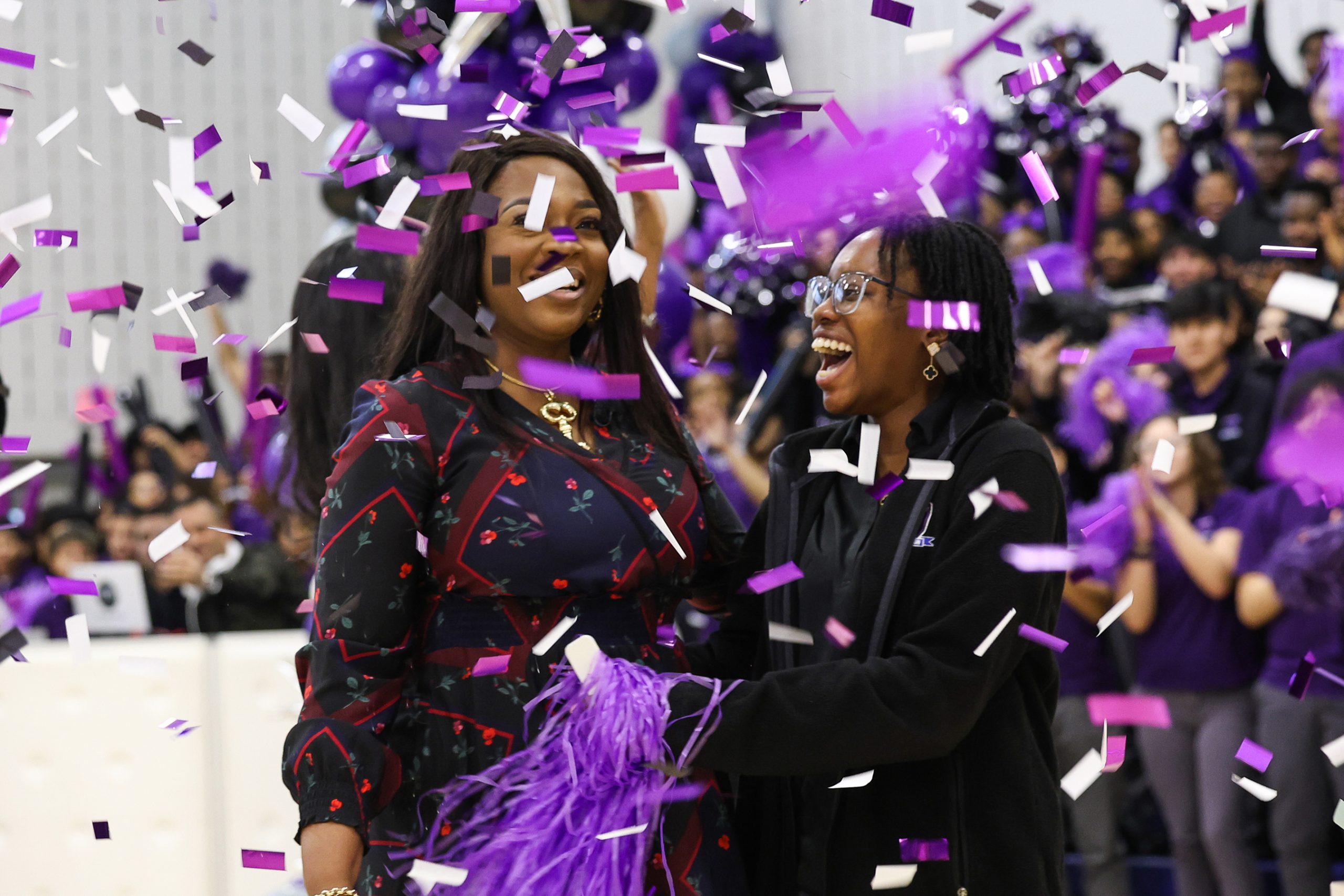 Rowland, the four-time Grammy Award-winning singer, songwriter, actress and television executive producer, served last year as the program’s ambassador and as an advocate for the students. She shared personal insights, drawing from her own unique experience as a pre-teen performer, then as a teenager in one of the best-selling female groups of all time, Destiny’s Child.

The Disney Dreamers program is an important part of Disney’s commitment to support diverse communities. By encouraging the next generation to think big, Disney hopes the students will carry what they learn back home and continue pursuing their dreams.

“We’re ready to welcome another outstanding group of teens from across the country for our 16th year!” said Tracey Powell, Disney Signature Experiences vice president and Disney Dreamers Academy executive champion. “They are going to have the experience of a lifetime, setting them on a journey to go out and achieve their dreams, just like the classes who came before them.”

Since 2008, Disney Dreamers Academy has inspired more than 1,500 students from across the country by fueling their dreams and showing them a world of possibilities as they prepare for their futures. In the years following, graduates have become storytellers, artists, engineers, innovators, journalists and more, and have transitioned into mentors to the Disney Dreamers who follow them. 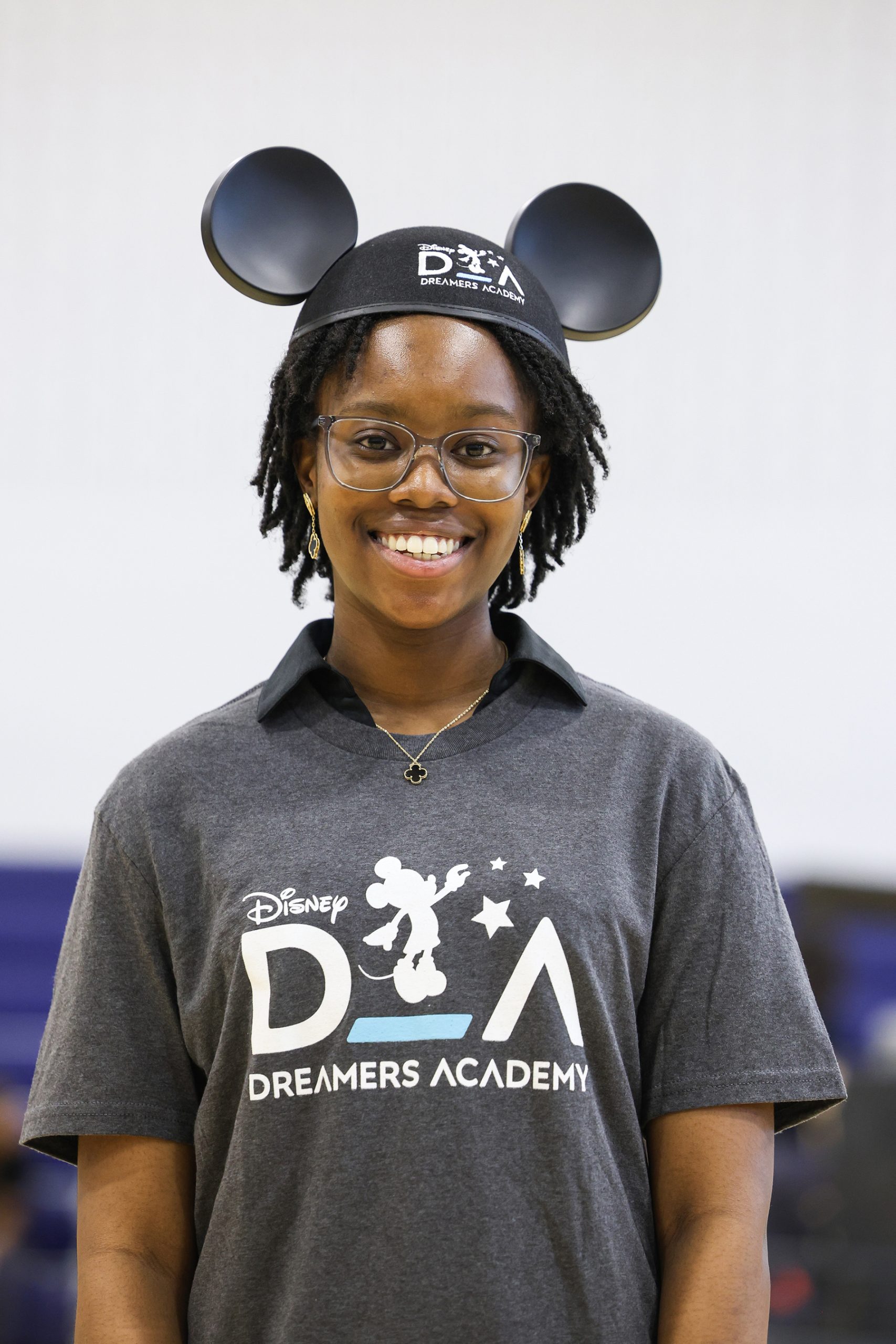 High school student Mosope Aina, an aspiring neurosurgeon, was surprised on national TV on January 13, 2023 at her school in Newark, N.J. with the news that she is one of 100 students selected for this year’s Disney Dreamers Academy at Walt Disney World Resort in Florida in March. Disney Dreamers Academy, taking place March 23-26, 2023 is a mentoring program hosted annually by Walt Disney World Resort that fosters the dreams of Black students and teens from underrepresented communities. (ABC/Michael Le Brecht II)

Each year, the Disney Dreamers are selected from thousands of applicants who answer essay questions about their personal stories and dreams for the future. The students and a parent or guardian enjoy an all-expenses paid trip to Walt Disney World Resort in Florida for the four-day event.

The Disney Dreamers embark on a journey throughout the Walt Disney World theme parks and behind the scenes of the 40-square-mile vacation destination. It is a vibrant classroom where students discover new career opportunities, pursue their dreams and interact with Disney executives, educators, business leaders, celebrities and motivational speakers.

Past celebrity participants have included stars from the big screen and television, noted sports figures and popular musicians, as well as personalities and cast members from across the Disney family, including “Good Morning America,’’ ESPN, Disney Channel and the ABC TV series “Black-ish” and “Grown-ish.”

The 100 students selected for the 2023 Disney Dreamers Academy are (listed by state):

Established by Walt Disney World in 2008, Disney Dreamers Academy’s mission is to inspire young leaders to dream beyond imagination by providing life-long access to personalized support for the Disney Dreamer, their caregivers and community through insightful content and uplifting experts, mentors, and sponsors. Each year, 100 high school students are awarded a trip to Walt Disney World Resort in Florida to experience the immersive and transformational program.