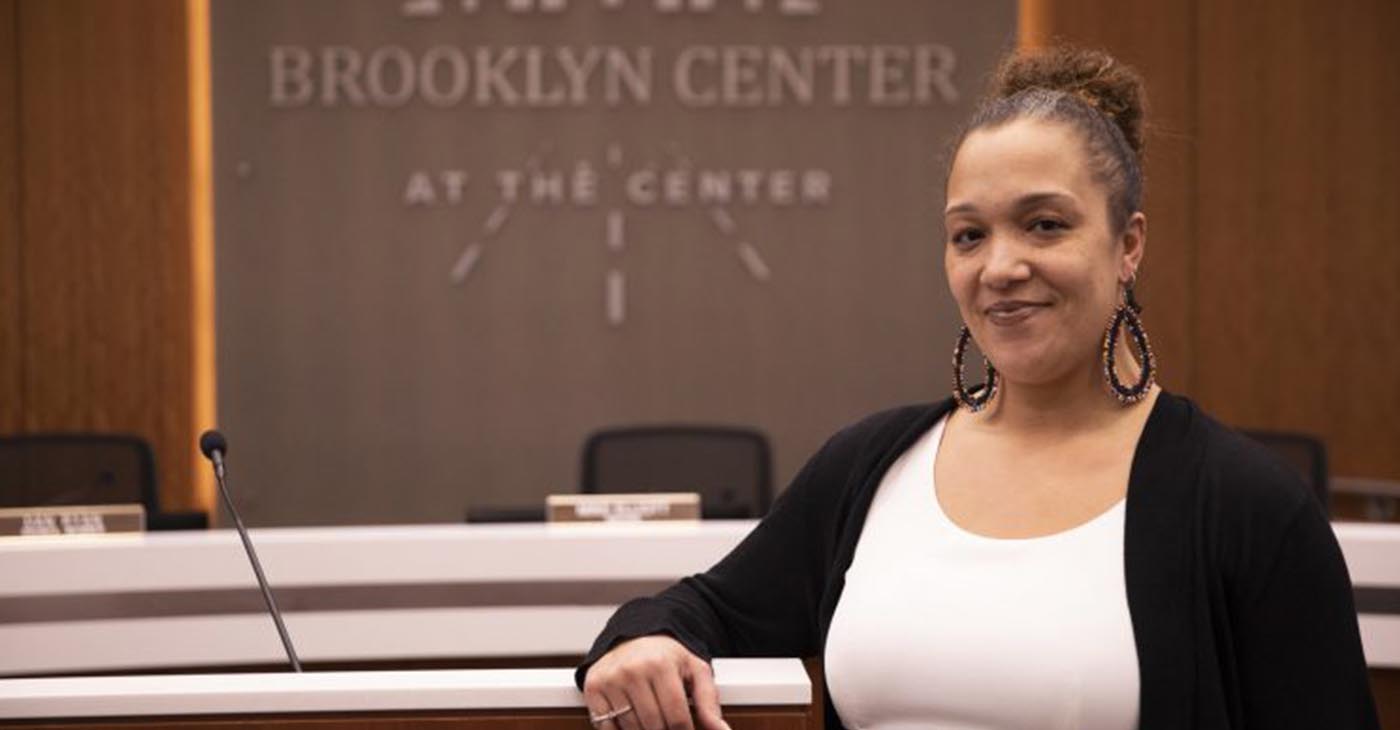 Brooklyn Center City Council Member April Graves is looking to change the face and landscape of the city’s political system by working within it. Now into her second term, she has learned to appreciate the virtues of deliberation and consensus-building in governing.

According to RoadSnack, Brooklyn Center has the largest Black population in the state. Nearly 30 percent of the city’s residents are African American or are of African descent. Yet, Graves noted, until recently the council did not look like its residents.

“When I first ran [in 2014], there was no one of color on the council or running. No women — especially single mothers like myself, which make up a fair amount of the population. It didn’t make sense in a city this diverse.”

That diversity is something she feels well qualified to appreciate and served as her impetus to run. “I’m used to being a bridge builder between different views or perspectives. I come from a very mixed family. My mom’s White, my dad’s Black. I also have cousins and niece and nephews who are Native and Asian American,” she said.

“The council should be representative of the city in which we live. I thought I could bring a voice to the conversation that hadn’t been there in its history.”

Growing up in St. Paul’s historic Rondo neighborhood, she was a teen mother of four who persevered, obtaining a bachelor of the arts degree in social science and creative writing from Metropolitan State University. In 2013, she served a term of service through AmeriCorps at Brooklyn Center High School.

People of color in political positions are in a system that [remains] racist and was set up to keep us out. It’s not easy to automatically make changes.

In addition to serving on the council part-time, Graves also whets her social-political engagement skills at the Minneapolis Health Department Adolescent Health and Youth Development Division, preventing youth and teen dating violence in North Minneapolis. She has also worked as a youth engagement coordinator at a North Minneapolis youth arts organization and on the Minneapolis Youth Coordinating Board’s Outreach and Engagement team.

Graves spoke recently with the MSR about critical issues, reflecting on her first term. Here is our conversation, edited for clarity.

MSR: As an incumbent, what are your greatest challenges?

April Graves: A lot of the first term was about building relationships with other council members. Getting them to feel comfortable talking about issues that tend to be uncomfortable for White people, like racial equity, the intersections of economics, opportunity and accessibility.

MSR: What have been some successes?

AG: We passed a resolution around racial economic equity. I was able to push an initiative related to the community center and youth. It wasn’t very welcoming to young people and families. We now offer more free programming through the center for families, where in the past there wasn’t much of that going on. [We needed] to get them to utilize this resource and not have the cost be a barrier. We expanded our youth jobs program.

We’ve increased the diversity of our leadership. More people of color are on the staff. We have a Black city manager, Curt Boganey — he’s been there awhile. There are also Deputy City Manager Reggie Edwards; African American and Communication Coordinator Angel Smith, who is a Black woman; [as well as] Neighborhood Engagement Liaisons Cindy Devonish, Sheku Samba and Corey Weatherspoon.

AG: I advocated for liaisons for the Park & Recreation Commission. We also have community engagement specialists through the City Hall office. Those are some of the big things I was able to push through long conversations and building trust [and] bringing other council members to realize it’s something needed to effectively serve the diversity of our city.

MSR: That’s a pretty impressive list. What are you working on now?

AG: We recently hired a small business and development workforce coordinator. That was something I advocated hard for: to have a small-business incubator.

When I ran the first time, I talked about [having] a mini-global market, where small business owners and entrepreneurs who lack the resources to open a storefront could build businesses and share the rich cultural foods, traditions, music [and] art that really make Brooklyn Center a cool place to live. We need to work in these areas.

Small business growth will be a huge part of how the City continues to be viable as an attraction to people that don’t live in the city, as well as a resource for those who do. I hope to see the small business incubator. I don’t know exactly how it will look, but I’m optimistic that it will happen.

MSR: What more do you want to see take place?

AG: Now that we have more staff to focus on community engagement, we need to be intentional and strategic about involving our community in the decision-making process. Often, it’s not about hosting events at City Hall, but about going out into the community and connecting with [citizens] — whether that’s partnering better with the schools, with other parks, libraries, and other businesses to make sure there’s a sense of belonging and community and collaboration on issues the city is facing.

I would also like to see improvement in our policing. I don’t get the data I’d like from our police department, and that’s something I’ve talked at length about at the council and with the city manager. I’m optimistic the city manager and Police Chief Tim Gannon are working on it, but a lot more can be done.

AG: The multicultural advisory committee is important, but there are ways it could be better utilized. For instance, to get our officers to be more culturally competent and to help problem solve when culture is a barrier between the officer and who they’re interacting with.

Also, immigration issues, particularly [as it concerns] the Liberian community. A lot of them are scared under DED and Temporary Protected Status. Both are about to expire.

Other immigrant communities are affected as well. It’s putting a lot of families in fear. It economically impacts our community, strongly, because they pay taxes. They go to schools. They live in and contribute to our community in multiple ways.

A huge section of our population just [might be] unceremoniously kicked out of the country, [told] you don’t have the right to be here anymore, particularly after people have been here for decades and put down roots.

MSR: Where do you see the impact of President Trump’s prevailing attitudes and procedures in this?

AG: That’s the problem. If you think about it, the attitude toward immigrants from people like our current president is ridiculous, because none of us would be here besides the indigenous people of America without immigration.

I prefer to focus on solutions we can bring at the local level, [like] who I can work and collaborate with to help the community. Every year, we take our legislative priorities and send them to our representatives at the state level. This issue of immigration status, which affects all of us, should be one of the highest priorities.

MSR: How has your perception of the position changed since you first took your seat?

AG: The first couple of years, I did a lot of watching and listening. I spoke up when it was necessary. I’ve always hated that government moves slow. I now understand it better. Sometimes, I still feel we need to stop talking and act. Other times, it’s important to be deliberate, discuss matters, and build consensus on how things will impact those who are most affected.

MSR: How do you see yourself serving the community now?

AG: I always considered myself to be a community organizer and activist, not a politician. I still feel that way, though I’m an elected official. Especially for communities of color, it’s difficult to support a candidate and then be frustrated when you don’t see the changes you want to see.

What powers, what controls do we have to switch this corrupt system that’s been in place for years that disproportionately, negatively impacts people of color? And as soon we get leadership of color, we want to see things change immediately.

I do, too. But, we need to recognize that people of color in political positions are in a system that [remains] racist and was set up to keep us out. It’s not easy to automatically make changes.

All types of approaches are needed. There are those who need to be calling out racism and discrimination, shutting down traffic. There is also the need for people to sit at the table and say things that need to be said in a way the opposition can hear in order to move issues forward.

This article originally appeared in the Minnesota Spokesman – Recorder.