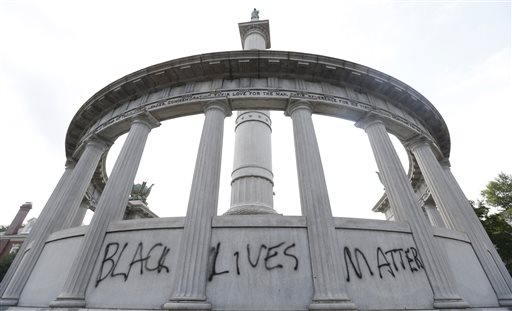 WHITNEY, Texas (Fox News 4) – A Central Texas man who claimed anti-police vandals had attacked the family pickup truck has been arrested after police believe he vandalized the truck.

Scott Lattin, a disabled veteran, told Whitney police on Sept. 8 someone tagged his truck with “Black Lives Matter” and other graffiti because he displayed pro-police messages and symbols on his pickup.

But on Friday afternoon, Whitney police arrested Lattin on a misdemeanor charge of making a false police report.

Bentley said the investigation turned to Lattin because after FOX4 first broke the story.