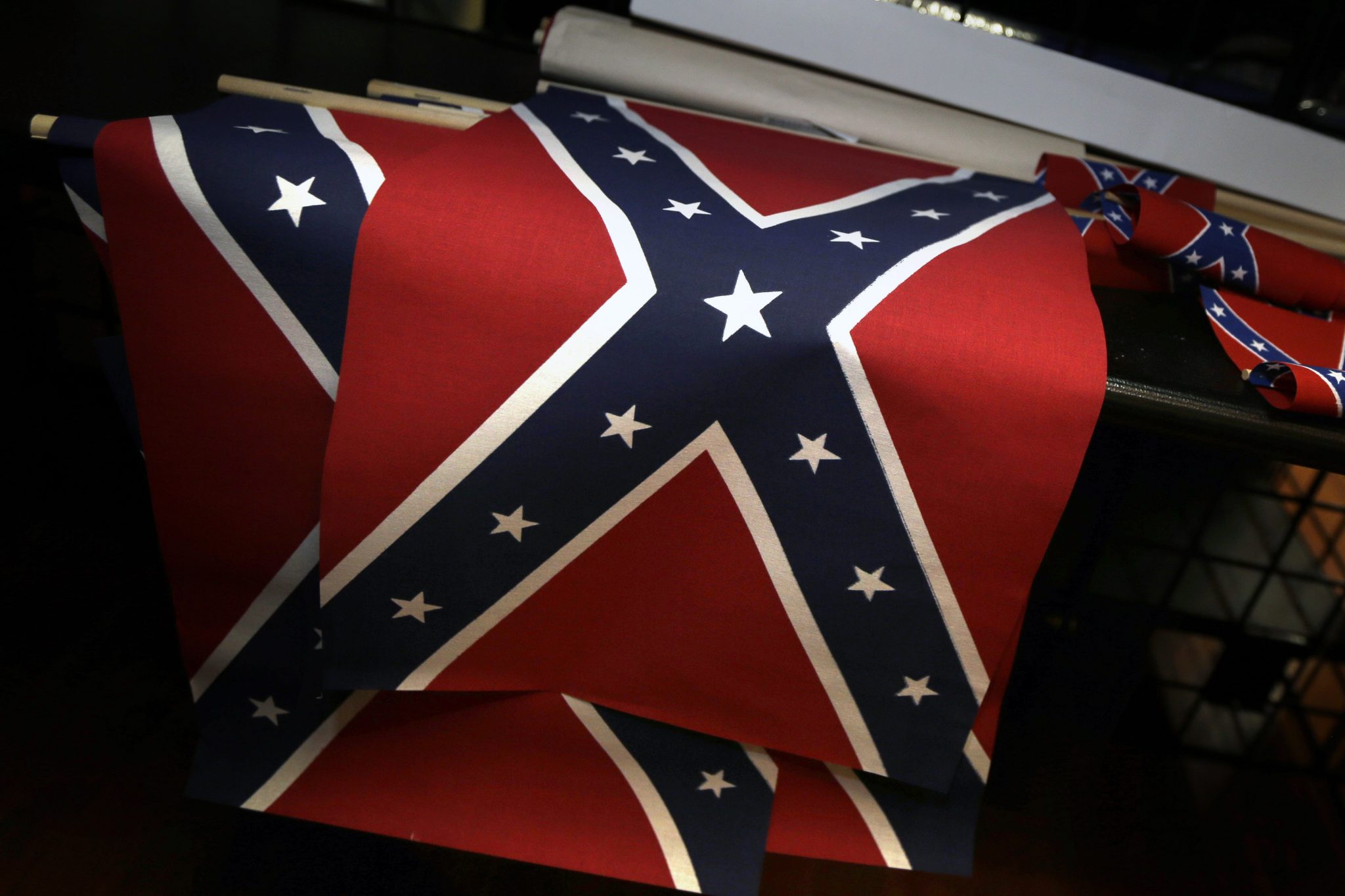 Rising conversations about the origin and history of the Confederate flag continues to be a topic on America’s list of issues for discussion.

Last week companies such as Walmart, Amazon, Sears/Kmart, eBay, Etsy and Google Shopping made statements by pulling merchandise displaying the confederate flag from their stores. The catalyst for the change came after a brutal shooting that left nine people dead at Emanuel African Methodist Episcopal Church in Charleston, South Carolina.

For decades Confederate merchandise has been sold quietly in stores with little opposition from businesses and consumers.

“We have decided to prohibit Confederate flags and many items containing this image because we believe it has become a contemporary symbol of divisiveness and racism,” eBay said in a statement last week.

The flag was a symbol of the slave-holding South during the Civil War. The flag that is currently produced isn’t the original Confederate flag, instead it is the battle flag used by Confederate Army General Robert E. Lee. The army held their own views of rebellion against the union to keep slavery in place for economic prosperity. Soon white supremacy groups began to use the flags as symbols for racial segregation and cleansing.

Although companies have announced their decisions to discontinue items of Confederate memorabilia, flag sales continue to soar. Confederate flags made the top of Amazon’s Patio, Lawn & Garden category last week and some item purchases peaked by more than 5,000 percent.

Customers who buy the products may have different reasons, for instance some customers have reportedly bought Confederate flags to burn them, while others believe they are preserving history, according to an article published by the New York Times. Consumers voiced their purchases as a way to celebrate history.

Although there are many groups who would like to brush off America’s 500 year-long history with slavery, when the subject of Confederacy and its prevalence in memorabilia as a symbol of grace to Southerners is brought up its called “preserving history”.

This rhetoric does nothing more than make it seem as though the conception of preservation is only beneficial when it comes to the lives of descents that were not directly impacted by this country’s turbulent history. Symbols of slavery are rarely shown or addressed in mainstream history books. These symbols are also often absent from present discussions of America’s roots. Supporters of the Confederate flag say it’s preserving history and represents heritage of the South. Heritage should not produce a strong feeling of offense by people who fell under the oppression.