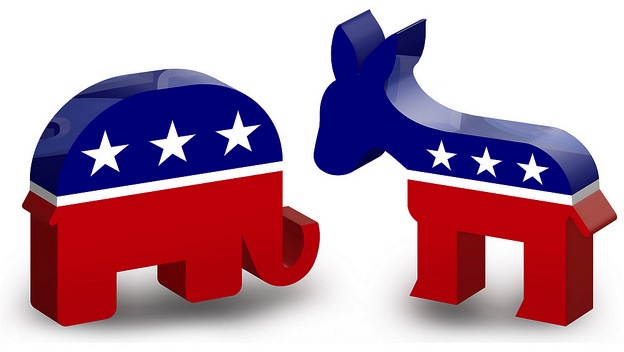 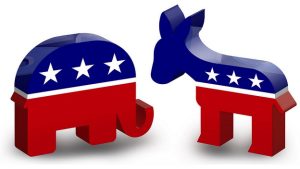 WASHINGTON (AP) — The political parties, their campaign committees and super PACs faced a Sunday deadline to disclose how much donors gave and how much operatives spent in June. Highlights from the filings:

The anti-tax Club for Growth Action last month had its second best fundraising haul this election cycle as it raised money to pour into Chris McDaniel’s bid to deny incumbent Republican Thad Cochran a seventh term in the Senate.

McDaniel had a narrow edge over Cochran in their primary, but neither candidate captured more than 50 percent of the vote. That sent both into a runoff that had outside groups, establishment Republicans and national figures scrambling to ship millions to the state. Cochran captured more votes on the second round and appears likely to return for another term, but McDaniel’s allies are threatening to challenge the results.

The Democratic National Committee narrowly outraised its Republican rival last month and cut its debt to just $3 million, down from a onetime high of $23 million.

The DNC raised almost $9 million in June, while the Republican National Committee reported Sunday that it raised $8.5 million. Despite narrowly being edged out last month, the RNC still has $14.4 million in the bank — roughly twice the DNC’s almost $7.8 million.

Republicans have outraised Democrats in 10 of the last 18 months, although the RNC has done so only once since January of this year.

Both parties’ central committees tend to amass debt toward the end of a hard-fought presidential campaign, and 2012’s contest between President Barack Obama and former Massachusetts Gov. Mitt Romney was no exception. The DNC spent heavily to help Obama win a second term — and help motivate Democrats nationwide to support candidates elsewhere on the ballots — but it went into debt to do so.

The DNC’s debt ballooned to a high of almost $23 million in March 2013 as donors, who opened their wallets throughout 2012, tired of giving for a politically quiet year. The DNC since has been paying down those costs and working to control its spending ahead of 2014’s midterms.

The Democratic Congressional Campaign Committee raised $10.9 million from donors in June and has $50.9 million in its bank accounts. At the same time, the National Republican Congressional Committee said donors gave another $9.6 million to the committee tasked with keeping House Republicans in the majority and has $42.5 million saved.

The Democrats’ House campaign committee has outraised the GOP in 16 of the last 18 months despite long odds of tipping control of the chamber away from Republicans. The Democrats have now raised almost $125 million since the last elections and have been spending heavily to help their incumbents and candidates.

On the other side of Capitol Hill, the Democratic Senatorial Campaign Committee reported that it raised $7.2 million in June. The National Republican Senatorial Committee said it raised $6 million.

Senate Democrats have $30.5 million in the bank to Republicans’ $24.6 million.

Democrats are defending a six-seat majority in the Senate and have been spending heavily to hold those seats and perhaps oust incumbent Republicans. The GOP has also been spend-happy with aggressive criticism of endangered Democratic incumbents in North Carolina, Louisiana and Colorado.

The group dedicated to electing women who support abortion rights has raised almost $32 million for federal candidates this cycle.

In June alone, the group raised $3.2 million and spent $2.1 million. It was the group’s best fundraising month this campaign cycle.

A pair of San Francisco billionaires gave a jump start to an environmental super PAC.

Steyer and Sandler were the only donors to NextGen Climate Action in June.

Steyer has pledged to spent $100 million on this year’s elections — perhaps as much as $50 million of that from his own fortune. The group has raised $12.6 million since January 2013.

The haul was a dramatic dip from the $5.2 million the group raised in March. Even so, the group still has $2.9 million saved to pay for the ads it has booked in the fall, and Rove’s fundraising network could round up millions when it is needed.

American Crossroads’ figures do not reflect what donors have given to its affiliated Crossroads GPS, which does not have to report its finances to the FEC. That group is paying for ads that criticize the records of incumbent Democratic senators in Arkansas, Colorado and North Carolina.

Follow Philip Elliott on Twitter: http://www.twitter.com/philip_elliott.
Copyright 2014 The Associated Press. All rights reserved. This material may not be published, broadcast, rewritten or redistributed.