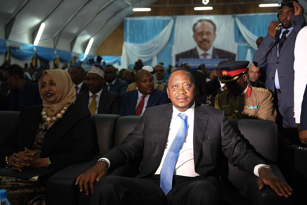 If there is a privilege class of people in this nation it is the legislative division of our government. Members of congress are overpaid for minimal work. Their work week is typically Tuesday – Thursday. They have salaries that would resemble corporate executives. For national holidays when we may get a day off; they get at least one week. Their retirement plans are the envy of all other workers. Yet, when they do work very little results from their slight effort. Congressional members are, in effect, American style “royalty.”

They become accountable to the voters at election time – every two years for the House of Representatives and six years for the Senate. Terms are renewable, and many have been in Congress for decades. We need term limits in a desperate way. Some have been in office for so long that they regard themselves as being invincible and exempt from any harm. They are drunk with power and that can lead to corruption. It will certainly lead to ineptness and no respect for accountability.

The latest disaster coming out of Congress is the fiasco concerning our border security. We need them to fund the erection of a border wall. It is drastically needed as hundreds of thousands of illegal immigrants come across our southern border with no documentation or any formal process. We are being invaded by criminals, gang members, rapists, terrorists and most of all, illegal drug trafficking. The number of drugs coming into our nation amounts to hundreds of billion dollars. Maybe that is the problem – a hell of a lot of tax-free cash. Who is getting paid with this money? How much misery will Congress tolerate? They must know that our national security is being directly threatened. Don’t they care? Bad characters from all over the world get into our country via the southern border. Some are captured and deported only to return repeatedly. It is like a “cancer” infecting freedom-loving America.

Not only is nothing being done about it, but Congress has not renewed our annual budget. They can’t come to terms on financing the construction of the much-needed border wall. The Democrats are in denial. Both sides won’t even consider compromise. With the budget not approved a huge number of federal employees are not being paid. At least 800,000 people are being financially hurt. Plus, millions of contractors and their employees are being equally hurt by this man-made disaster. Their families are hurting and the “clowns” on Capitol Hill won’t snap out of their deadlock. How many children of these employees will be denied their economic subsistence?

These victims are helpless! How many millions will not be able to afford their needed medications? How many must forego needed operations or other medical treatment? How many will die? How much will crime statistics start going through the “roof?” Federal employees are some of the best paid workers in the world. However, many may be headed for bankruptcy, homelessness, hopelessness and insolvency. Doesn’t Congress realize this? Of course, they do! They just don’t care. Pre-school children are not this stubborn or “bull headed.” They are acting like Marie Antoinette. When she was told that the people were running out of bread, she sarcastically replied, “Let them eat cake.” Congress is acting in a similar heartless fashion.

Both sides, Democrats and Republicans, are at fault here. Republicans had control of both congressional chambers and the White House for two years. They knew the urgency of establishing a border wall but laid back or procrastinated in funding it. They should have rammed the funding through. But no, they just didn’t do it. Now the Democrats have control of the House of Representatives and they are fanatical in their resistance to the Trump Platform. They would rather hurt millions of Americans, put our nation in jeopardy and delight our enemies.

Small businesses that do contractual work for the federal government or subcontract with larger companies doing federal work will start “dropping like flies.” Their cash flow will come to a stop. Cash flow is like water to an aquarium. As the water starts dissipating from the tank it must be replenished. If that water is not replaced with more water, eventually the tank will become empty and the fish (owners and employees) will die. During the federal shutdown in the Clinton Administration, we witnessed too many of our members go out of business. It is an avoidable tragedy and leadership must rebound and take command.

Now is not the time to take vacations to Hawaii or retreats to Puerto Rico. Those are vivid examples of attitudes like the beheaded Marie Antoinette. The damage is starting to accrue, and may God help us. Our elected leaders appear to be “absent without leave.”