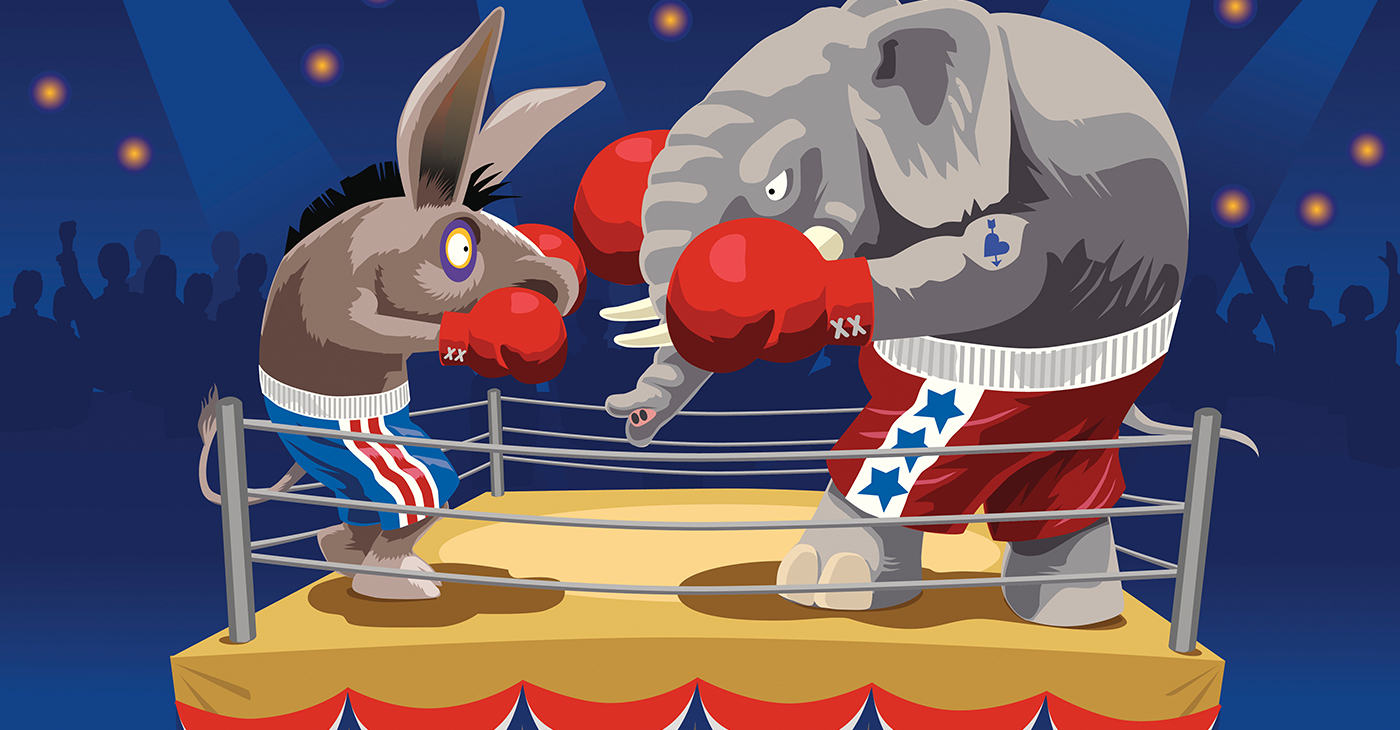 Are the Democrats leading or is President Trump?

There are more than 20 Democratic candidates running for President of the United States, and if you listen to them talk, they all believe they can win the nomination. Everyone knows that most of these candidates know they can’twin, but they canraise money. No individual or agency can keep up with how they spend the money, and the amount is in the billions.

This may not make much sense, but in the first debate spanned 2 nights with 20 candidates up on the stage.

President Donald Trump and the Republicans are laughing at this spectacle and the polls say the majority of leading Democratic candidates would win the election if it were held today. Quinnipiac University’s polls have been deemed “fake news” by the President.

“The Fake News has never been more dishonest than it is today. Thank goodness we can fight back on Social Media. Their new weapon of choice is Fake Polling. Sometimes referred to as Suppression Polls and they suppress the numbers. Had it in 2016, but this is worse,” says President Trump in a Tweet.

Many Americans say the President is wrong, but the Quinnipiac University poll numbers do appear to be incorrect, because 60% of White people support President Trump and that number could be higher. President Trump is always talking about how much he loves America, and it appears that most White Americans love him right back.

White Americans have been searching and looking for a savior, and President Trump is someone they can believe in. Almost their entire life, White folks have been looking for an individual they can put their trust in, and President Trump is their man. “Make America Great Again” is essentially a code slogan that means “Make America White Again,” and it is working under Trump’s administration. Most Americans are not looking for a minister to be the president, and most are comfortable if he does not tell the truth and breaks some rules.

Many politicians are lawyers and they go to school to learn how to bend, stretch, and change the laws, and there is nothing wrong with lying as long as you don’t get caught. President Trump has changed the rules, because he does not care if he is caught lying. In fact, the President will say one thing one day and say something totally different the next day.

Our president believes the system is set up for White men to rule, and when you are caught with your hand in the cookie jar, most of the time money has a way of fixing problems.

The Mass Media in America has awesome power and it can turn a criminal to a saint, and a saint into a criminal. Americans are lazy, and they wait for the news to give them information and it does not matter if it is right or wrong.

According to the Quinnipiac University polls, Mr. Trump trailed Mr. Biden – the clear frontrunner thus far in the Democratic primaries – by a whopping 13 per cent, while Bernie Sanders, Kamala Harris, Elizabeth Warren and others also hold strong advantages.

Trump says these are made up numbers that don’t exist.

In 2016, the poll numbers were wrong and many of the political experts don’t believe President Donald Trump is 13 per cent behind the Democrats in the numbers in 2019. White people love President Trump and when he speaks the place is sold out. The economy is good, and the president can toot his own horn.

The Democrats are all over the place, and the Republicans are in line and following their leader. It is hard to beat Trump especially since the economy is good. And don’t underestimate the love affair between the President and White America.

OP-ED: Why I’m Visiting the Border