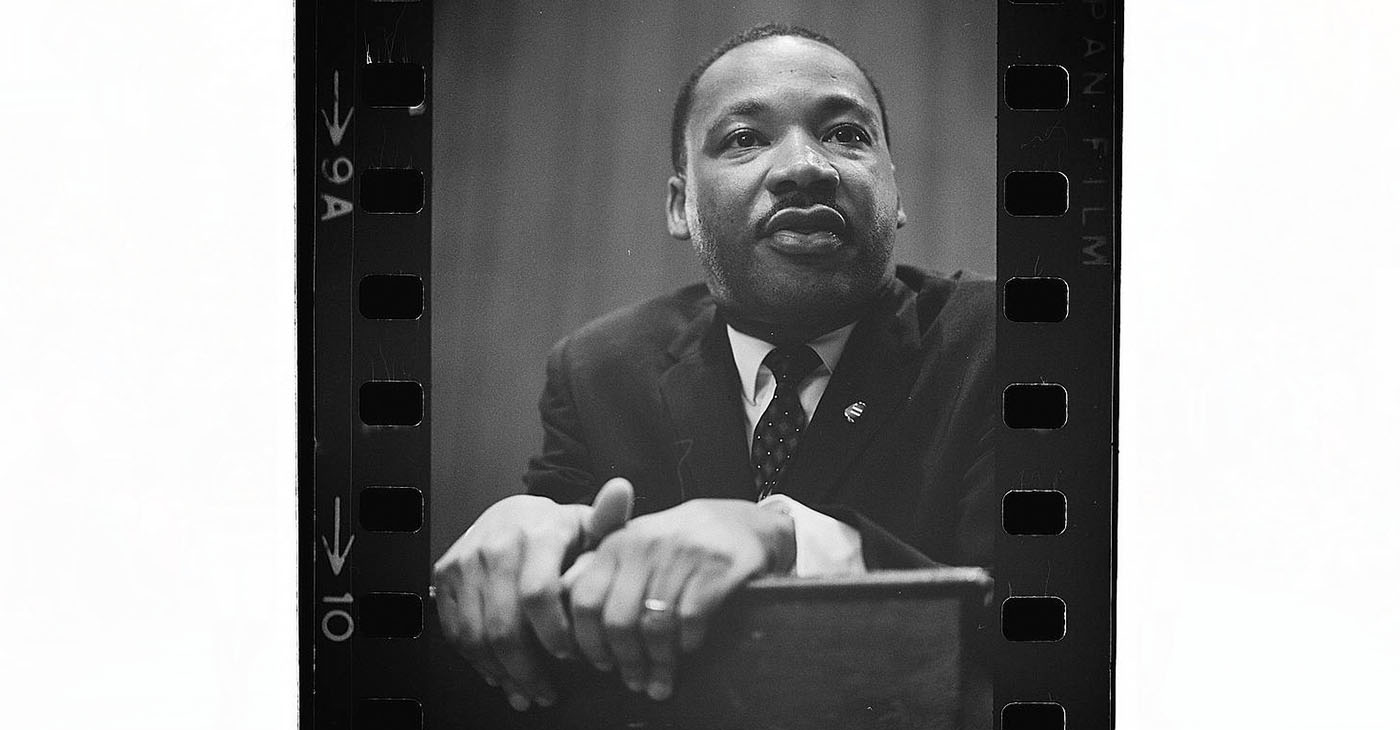 Right up to his demise, Dr. Martin Luther King Jr. had been in a jovial mood as he anticipated the evening meal “…of prime rib roast and soul food such as chitterlings, greens, pig’s feet and black-eyed peas…,” prepared by the Rev. Billy Kyles’ wife.

A creature of habit, he believed in dressing for dinner, and like many Black men, he used a sulfur-based depilatory cream as a daily shaving ritual. The good-humor continued with a mock pillow fight with Andrew Young and others, right up to the moment he put on his coat and stepped outside to be driven to his last supper.

“Jones stated while he was still looking at Dr. King he heard a sound which he thought was a firecracker. Dr. King fell to the floor of the walkway in front of Room 306. At this point, Jones could see blood coming from Dr. King, and realized the sound was actually a shot rather than a firecracker.” — from the FBI report on the assassination.

In the aftermath of King’s shooting, Ralph Abernathy, Jesse Jackson, Andrew Young and others rushed to his side, some of them pointing to where they believed the shot came from, a rooming house on the second floor of Jim’s Grill, some 200 feet away.

King’s Memphis chauffeur, one Solomon Jones, maintains that the shot came from a large overgrowth of bushes between the rooming house and the motel. This brushy area was cut down the day after the assassination, along with a tree branch, which obstructed the line of sight between where the shooter allegedly was and the balcony where King stood. Jones was in the motel parking lot below King when the shot rang out and reported seeing a man running away from the area. In Jones’ words “…he could not tell whether the person was Negro or white.”

By this point, Jones was in a state of shock, and was placed in a motel room to recover.

King was rushed to Memphis’ St. Joseph’s hospital accompanied by Abernathy and close associate Bernard Lee, where he was pronounced dead an hour later (at 7:05 PM). The consensus was that he died instantly from the 30.06 cartridge (nicknamed the “thirty-aught-six”), a mainstay of the U.S. Army for much of the 20th century, and a favorite of deer hunters to this day.

The chief of surgery at St. Joseph’s was one Breen Bland, who was also the family physician for the family of Russell Adkins, who in turn headed up the Memphis faction of the Dixie Mafia. Years later, a story emerged about events that transpired upon Dr. King’s arrival at the hospital by activist/attorney/journalist William F. Pepper.

Pepper became close to King in the last year of his life, when the latter was galvanized by Pepper’s photo essay “The Children of Vietnam,” in the January 1967 issue of the radical magazine Ramparts. Pepper had been prone to believe the official conclusion until he was swayed by King’s closest associate, Abernathy, who urged him to meet with the assassin of record, James Earl Ray. Over the next 40 years and through the publication of three books, Pepper sought to exonerate Ray.

“If a conspiracy exists, and I believe it does, it must be fully exposed.” — Ralph Abernathy

In 2003, Pepper arranged for a video deposition by Johnton Shelby, whose mother had been a surgical nurse on duty the evening that King was wheeled into the St. Joseph’s emergency room. She and all those present were held over until the next day (a common procedure in hospitals under extenuating circumstances). Upon arriving home, she claimed that “…King was indeed alive…” when he reached the hospital.

Also, in the area were a contingent of military personnel and law enforcement officials. The following is an excerpt of the deposition from Pepper’s 2016 book, “The Plot to Kill King.”

A.: Well, they had brought him in. There was this gurney, I guess a gurney, and she said there was blood all over. She was talking about how the side of his face from here, his chin, bottom chin and part of his neck and shoulder, part of that was just blowed away.

Q.: Then what did she say they did? What happened?
A.: She said they went to working on him.

Q.: Did she say how many doctors were there or just that they —
A.: She didn’t say.

Q.: Then what happened?
A.: Somebody was saying — I think she said somebody said they found a slight pulse, and that’s when the man walked in the door and said, “Everybody stop working, I mean you all stop, let that n****r die.”

“The man” was Dr. Breen Bland (the head of surgery). He and others left in the room ritualistically began to cough up phlegm and expectorate sputum (spit) onto the unfortunate on the gurney. Bland then proceeded to remove a tracheal tube (which enables trauma victims to breath) and then place a pillow over the patient’s head to extinguish his life.

This deposition was withheld until after Mr. Shelby’s death.

Legacy of a martyr

“Although I have no personal knowledge of when Dr. King died, I fully support the research of Dr. William Pepper, who has established that King’s life was terminated at the hospital. His research came through a credible witness, Johnton Shelby, whose mother personally witnessed the event. According to these sources, King did not die immediately, but shortly after being shot and transported to the hospital, when he was smothered to death with a pillow by the head surgeon, Dr. Breen Bland.” — Phillip F. Nelson, author of “Who REALLY Killed Martin Luther King,” in an interview with Our Weekly.

Another scholar who disagreed with the official verdict on King’s demise, was Harold Weisberg, a veteran of the Office of Strategic Services during World War II and an intelligence analyst for the State Department, who presented his conclusions in 1969’s “Frame-Up” (later re-titled “Martin Luther King: The Assassination”).

Naysayers include the fallen martyr’s family. His widow Coretta Scott King insisted there was a conspiracy until her death in 2006. His children, publically at odds about the execution of his estate, remain unanimous that James Earl Ray did not kill their father.

Pepper, by now a family friend, successfully defended Ray in a televised mock trial on HBO circa 1993, (Ray was found not guilty), then filed the 1999 civil suit that found the government liable for King’s death, awarding the family $100 in damages.

Judge Joe Brown, who presided over Ray’s last appeal, believes the fatal shot came from a different source: Fire Station No.2, a contention that put him at odds with former Congresswoman Cynthia McKinney. He further states that the murder weapon fired a 7.62 NATO round consistent with ammunition for the M-16 rifle, a staple of the American military.

Others cling to the official story. Clayborne Carson, director of the Martin Luther King Papers Project at Stanford University, entrusted with the minister’s papers by Mrs. King, is one.

“As far as I’m concerned, he did it,” he told Our Weekly.

While he respects Pepper’s scholarship, he points out their different perspectives.