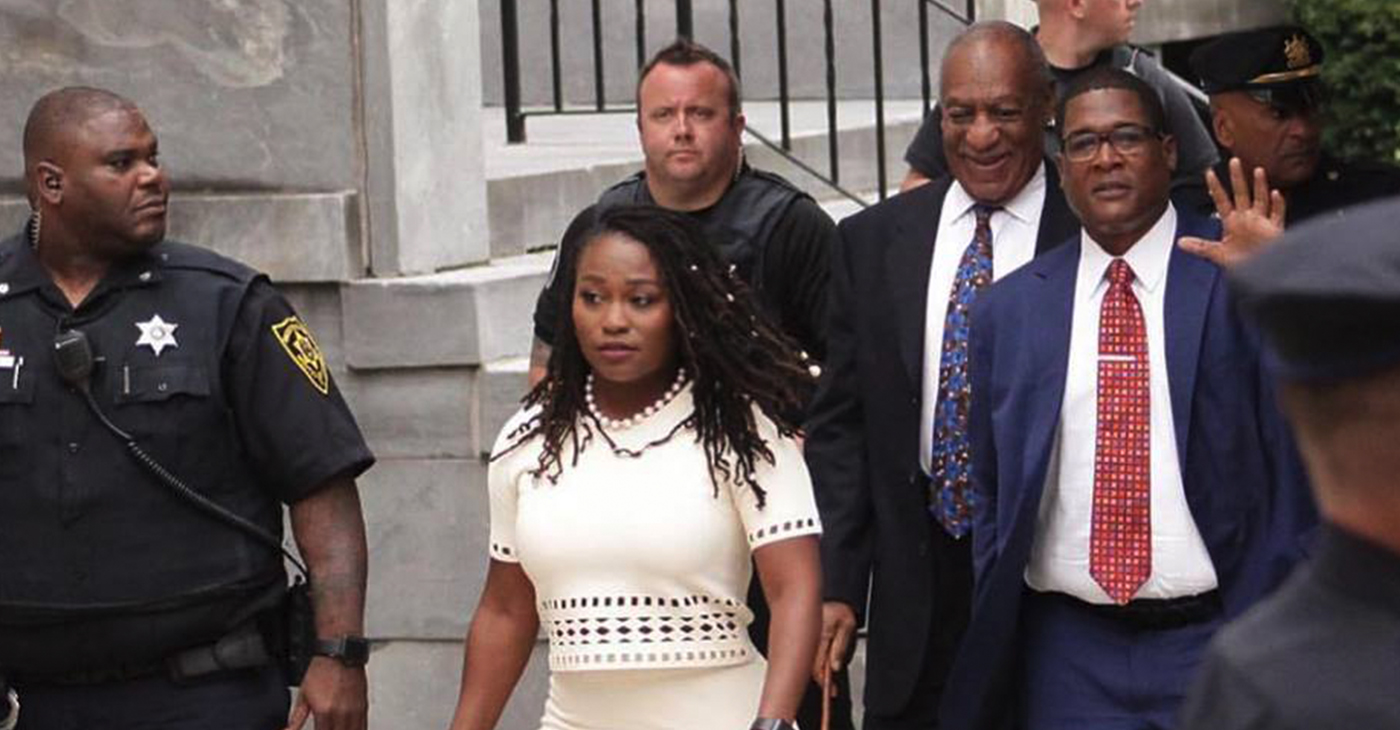 After delaying his mandated argument to the Pennsylvania Appellate Court for several months, the trial judge in the Bill Cosby case finally delivered the rationale for his decisions during the trial and for sentencing Cosby to up to 10 years in prison.

In doing so, according to Cosby and his legal team, Montgomery County, Pa. Judge Steven T. O’Neill displayed his long-held bias – a bias that should have led O’Neill to recuse himself, as Cosby’s attorneys had requested the same from him on several occasions.

“I haven’t had an opportunity to review O’Neill’s brief, but his comments do not shock me,” Cosby’s longtime spokesman Andrew Wyatt said.

“O’Neill continues to try and cover up his errors, knowing that these charges should have never been brought against Mr. Cosby because he was given a deal by former District Attorney Bruce Castor who promised that no charges would ever be brought against him,” Wyatt said.

Cosby and his wife of more than 50 years, Camille Cosby have each released statements blasting O’Neill.

“Now, after more than 50 years of work, that humanized the dehumanized; which also challenged the perpetual architects of racist, exploitive and greedy maneuvers that have enabled them to divide and conquer, my husband has been severely redefined by Judge O’Neill, despite having zero proof,” Camille Cosby said.

“Judge O’Neill, with a great deal of help from the media, has tried to turn Bill Cosby into one of the most insidious stereotypes of African American men: the brutal, black buck,” Camille Cosby said.

“I stand firmly with my wife on the foundation of solidarity and truth,” Cosby said.

“Camille has always been a fearless warrior against corruption and bigotry. She’s not afraid of this unethical judge, nor am I afraid of O’Neill’s grossly immoral tactics,” said Cosby, who closed his statement by telling his wife to “keep fighting, Dear. I love you very, very much.”

Cosby was convicted in April of 2018, of three counts of aggravated indecent assault in a case involving former Temple University employee Andrea Constand.

He’s currently serving a three to 10-year prison sentence at a maximum-security prison in Pennsylvania.

In his briefing filed On Tuesday, May 14, O’Neill claims he allowed five other accusers to testify against Cosby in the second trial in 2018 because their accounts had “chilling similarities” that pointed to a “signature crime.”

That conclusion was reached by O’Neill despite the striking differences between Constand’s 2004 incident and that of the other accusers from decades earlier.

It also ignores that Cosby had never been tried or convicted of any crime in his life and Constand’s allegations didn’t surface until 2005, while the other accusers didn’t publicly address their encounters until 2014.

Constand testified that she accepted over-the-counter Benadryl tablets from Cosby that rendered her unconscious, while the other accusers said they were provided prescription Quaaludes by Cosby – one accuser admitted to taking a Quaalude prior to a meeting with Cosby in the 1980s.

Still, O’Neill claims he believes Cosby has a pattern of illegal behavior.

“In each instance, (Cosby) met a substantially younger woman, gained her trust, invited her to a place where he was alone with her, provided her with a drink or drug, and sexually assaulted her once she was rendered incapacitated,” O’Neill wrote.

“These chilling similarities rendered (their) testimony admissible,” he said.

O’Neill said the new defense team, led by former Michael Jackson attorney Tom Mesereau, never directly challenged him on the difference in his two trial rulings about the other accusers’ testimony.

However, in his briefing, O’Neill notes that had Cosby’s attorneys challenged him, it’s likely he still would have ruled against them.

“Judges are not bound by their prior decisions,” O’Neill wrote.

Cosby’s team has also argued that Cosby had a binding agreement with Castor, which O’Neill rejected.

He claims that Castor’s signed press release confirming the agreement isn’t the same as a more formal immunity deal.

Castor investigated complaints made by Constand in 2005, but the former prosecutor said Constand continually changed her story and he found her less than credible.

Castor struck a deal with Cosby, getting the comedian to waive his Fifth Amendment rights in exchange for giving a civil deposition in a lawsuit brought by Constand against Cosby.

Cosby and Constand settled the civil case for $3.4 million and Castor agreed to the immunity deal which included that the deposition would never be able to be used against Cosby.

“O’Neill continues to show his hatred for Mr. Cosby by reconstructing the laws, which are based on his personal beliefs, not facts,” Wyatt said.

The silver lining is that with O’Neill finally filing his briefs, Cosby’s appeal can now move forward.

“I’m sure that his brief will further support our claims, that Mr. Cosby was falsely convicted but he will be vindicated when his appeal is reviewed by the appellate judges,” Wyatt said.