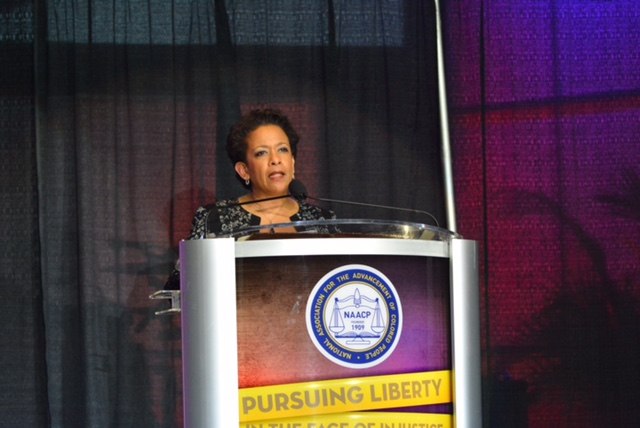 WASHINGTON (NNPA) – Men of color would earn $170 billion more a year, if they reached the same education level as White men, according to a new White House report.

The report examined “opportunity gaps facing youth of color” and found stunning correlations between the educational and employment success of young men of color and how that success can directly impact the national economy.

Not only would closing the education attainment gap result in higher annual earnings for men of color 25-64 years-old, it would also increase the gross domestic product, the value of the production of goods and services, by 1.8 percent in the United States. The Bureau of Economic Analysis reported that GDP decreased by an annual rate of 0.2 percent in the first quarter of 2015.

The high school graduation rate for Black students is 17 percentage points lower than their White classmates and only “28 percent of Blacks have a college degree by their late 20s, compared to nearly half of White men,” the report said.

The report said that youth of color encounter a number of barriers to opportunity at higher rates compared to their White peers.

Poor students often don’t have access to early childhood education, increasing the likelihood that they will start school at considerable disadvantage to their more affluent peers. When young students fall behind in their reading skills, it makes it harder for them to catch up to their peers in later grades and increases the chances that they will drop out.

When young Black men disconnect from school, they are more likely to connect to the criminal justice system at considerable expense to the rest of society.

“The cost of incarceration is far substantially higher than investing in education or other programs to increase opportunity, even before one takes the returns to the investments into account,” the report said. “The cost of incarceration for a single juvenile is over $100,000 – twice as high as tuition at the most expensive college in the country or a year of intensive mentoring.”

And even though crime is down in recent years, spending on corrections at the federal, state and local level is $80 billion, according to President Obama.

A history poverty, lack of access to early childhood education and early interaction with the criminal justice system can follow a young Black man deep into adulthood and contribute to an early death or a lifetime of missed employment opportunities and lower rates of employment compared to White men.

“Among adults 16 and older, Black men are nearly 15 percentage points less likely to be employed than White men,” stated the report.

And because the labor force participation rate only tracks people who are either employed or looking for work, more than 1 million Black men languishing in American prisons remain unaccounted for in the labor market artificially narrowing the employment chasm between Blacks and Whites until they return home.

“The relationship between economic opportunity and crime is not wholly clear-cut. For instance, crime fell throughout the most recent recession. Nevertheless, experience of past decades suggests that improving economic opportunity can also help lower crime rates,” the report said.

Rather than offering targeted job opportunities, the report said that BAM, which primarily serves young Black and Latino men, teaches their members how to make better decisions “in high-stress situations through in-school sessions focused on making participants more aware of their automatic responses and on thinking about the appropriate response to the situation at hand.”

BAM not only reduced violent crime arrests among program participants from 2009-2010, the young men also got better grades. An evaluation of the program during the 2013-2014 school year showed a 31 percent decline in the likelihood of arrests for BAM members.

The high costs of mass incarceration, coupled with the increased awareness about the militarization of local police forces and the controversial practices of the for-profit prison industry have driven lawmakers to reconsider tough on crime policies in favor of smarter sentencing guideline, restorative justice and community-based rehabilitation programs.

During her keynote address at the NAACP’s annual convention in Philadelphia, United States Attorney General Loretta Lynch noted the launch of the Smart on Crime initiative and it’s impact on mandatory minimum sentencing and investments in rehabilitation and reentry programs.

“The early results of these efforts have been extremely promising,” said Lynch. “I am not just hopeful, but excited about where these reforms will lead us in the years to come.”

Making the criminal justice system more efficient, more effective and more fair on the federal level will require broader reform efforts bipartisan support in Congress, said Lynch, adding that those efforts have to involve repairing the relationship between young people and law enforcement.

“Ultimately, we need children to see possibilities for themselves beyond the cycle of criminality and incarceration that has too often become a tragic and familiar fact of life,” said Lynch. “America is a land of second chances – but it must also be a land where we give opportunities to young people who haven’t gotten a chance at all.”

4 Tips For Financing a Franchise