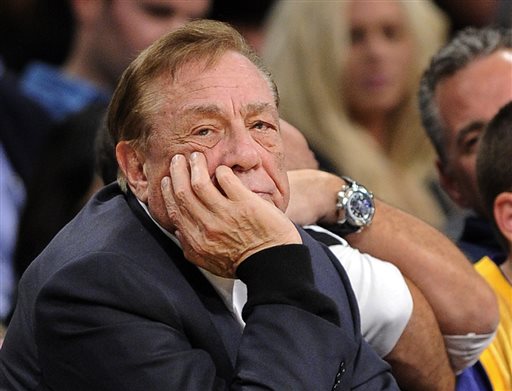 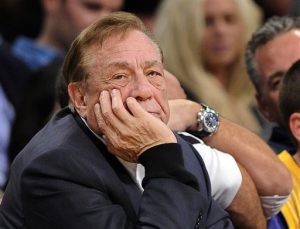 LOS ANGELES (AP) — Los Angeles Clippers owner Donald Sterling is being sued by a woman who alleges that while she was employed by him, they had a romantic relationship and that he subjected her to racially and sexually offensive comments.

The complaint filed Monday in Los Angeles County Superior Court alleges that Maiko Maya King’s resistance to Sterling’s “stream of racist and sexist taunts” caused him to retaliate against her and terminate her employment as his personal assistant and caretaker in May.

King, who is represented by high-profile attorney Gloria Allred, alleges discrimination, retaliation and “intentional infliction of emotional distress” and demands a jury trial.

Sterling’s attorney, Bobby Samini, said the suit was “baseless and ridiculous.” He added: “She was never employed by Donald Sterling. Her claim was obviously prompted by opportunistic motives.”

The lawsuit comes after Sterling was banned for life and fined $2.5 million by the NBA for racist remarks recorded by girlfriend V. Stiviano that were made public. NBA Commissioner Adam Silver worked to oust him as owner of the team until his wife, Shelly Sterling, concluded a deal last week to sell it to former Microsoft CEO Steve Ballmer. The $2 billion deal still needs to be approved by NBA owners.

King was romantically involved with Donald Sterling from 2005 through 2011 while she worked for him and his foundation, but they often “argued about his racist views,” the suit states.

Because of the racist comments, Sterling and King broke up in 2011, the suit states. But when King’s father died in 2013 she returned to work for Sterling knowing a woman named “V” was his girlfriend now, according to the complaint.

The suit states that contrary to his agreement to pay her $10,000 a month, “Sterling dangled money only if she would have sex with him” and told her he was “bored with V.”

She also alleges that he would humiliate her in public by groping her, and relates multiple other incidents of alleged sexual harassment.

Sterling “created an intimidating oppressive, hostile and offensive work environment based upon sex,” the complaint states.