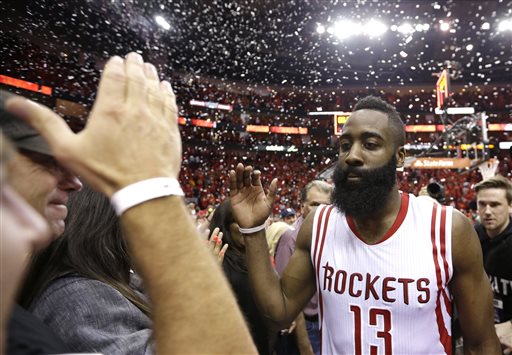 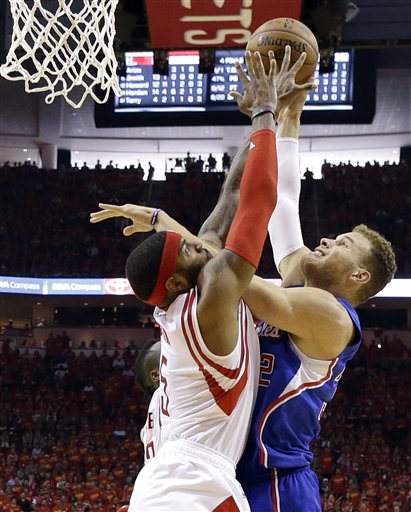 (Los Angeles Times) — The game wasn’t over when Chris Paul made his congratulatory rounds. There was a hug for James Harden and a hand slap for Dwight Howard before the Clippers point guard returned to the bench momentarily, only to walk back onto the court and embrace Trevor Ariza.

Paul lingered for the final, agonizing 18 seconds of his season before confetti and streamers poured into the Toyota Center air and he disappeared into one more bummer of a summer.

Another playoff party went on without the Clippers, who completed their colossal collapse Sunday with a 113-100 loss to the Houston Rockets in Game 7 of the Western Conference semifinals.

Declared NBA title favorites as recently as a week ago, the Clippers dropped the final three games in a bizarre series in which they won a game on the road without Paul, prevailed in home games by 25 and 33 points and were leading by 19 points late in the third quarter of a potential close-out Game 6 they ended up losing by 12.