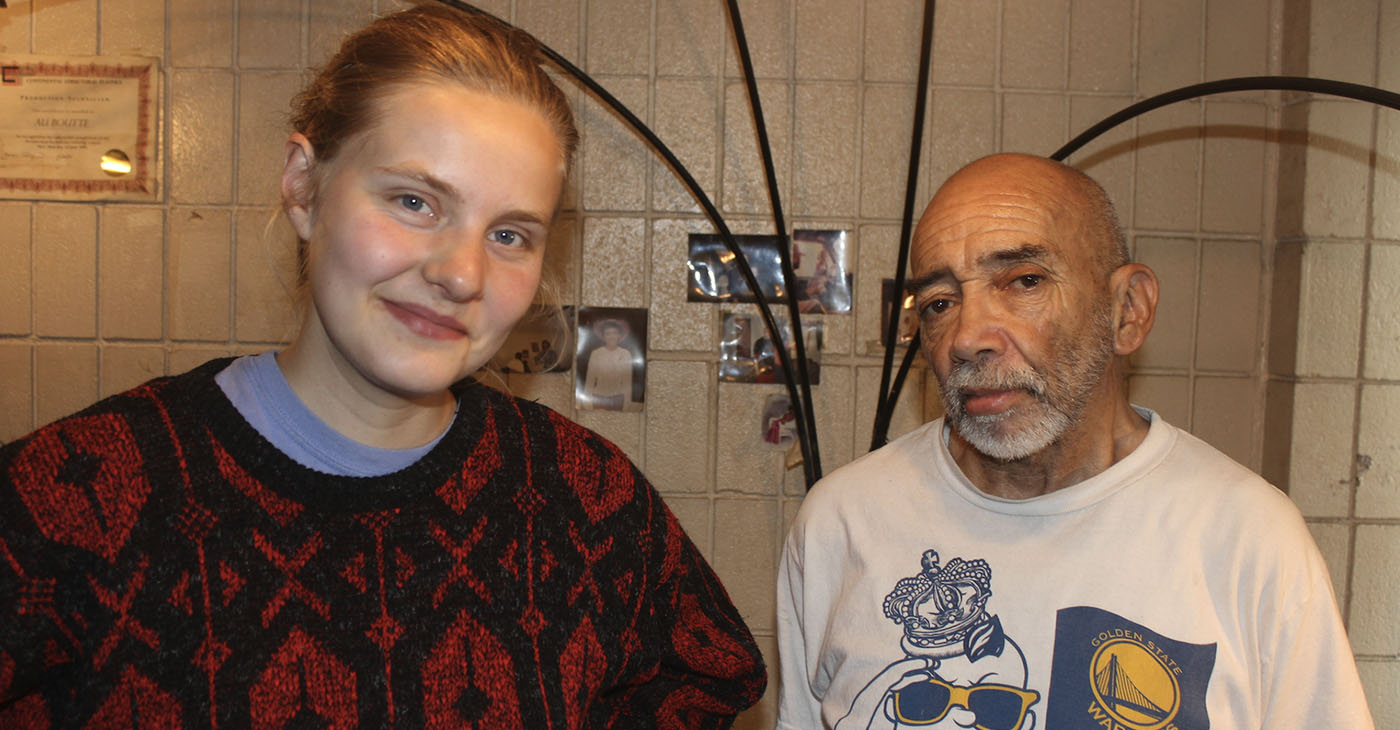 Tenants living in City Towers Apartments, a 231-unit affordable housing project located in three high-rises in West Oakland, are organizing for healthier and more secure living conditions with the help of local supporters. They claim that neglect from VPM Management Inc, the Irvine-based company in charge of providing services to the units, has caused their homes to fall into disrepair and become unsanitary and unsafe.

“I’m scared to live in my unit,” said Elise Jones, who’s lived in City Towers for over 16 years. “I don’t think we should have to suffer in our homes just because we’re in poverty.”

According to Jones, the apartment she shares with her son has maggot and mice infestations and a stove that no longer works. She says she’s put in work orders to Don McShane, VPM’s site manager, who has not yet fixed these issues.

In July of last year when a leak in her apartment came to her attention, Jones says she immediately informed McShane, but he delayed responding to the issue. Her rugs, clothes and furniture were destroyed as the leak grew and her apartment became increasingly damp.

“I knew it was unsafe for me and my son to be there,” Jones said. “But I was told it had to be a real emergency for them to come due to the [COVID-19] shut-downs.”

Jones reports that in September, VPM Management Inc. fixed the leak, but did not address mold that had begun to grow on her floor.

City Towers tenants, in turn, have been outspoken in their complaints about VPM. In four interviews with tenants and 14 written statements shared with this reporter, 18 City Towers residents claimed mistreatment from the company. A dozen of these tenants complained of mold, 10 of broken appliances, seven of security mistreating residents and/or providing insufficient services, six of mice and/or roach infestations. Six tenants also complained of urine and/or feces in elevators and/or stairways, which they say occurs because security does not stop outsiders from entering their buildings. During onsite visits, this reporter walked through unlocked entrances in all three City Towers high-rises and was not asked by security to check in, or who they were visiting.

Of the 18 tenants who complained of mistreatment, 11 mentioned that their requests to VPM to fix issues were ignored or not responded to for long periods of time, while two said they were afraid to file complaints for fear of retaliation.

“Everything is broke,” said City Towers tenant Ali Boutte. “It takes four to six months for them to fix something here. That’s ridiculous.”

“I hate this place,” said City Towers tenant Tamara Hubbard, who shared complaints of mold in her apartment that have not been addressed. “I’ve been having a lot of asthma attacks. I wake up coughing in the middle of the night.”

“We are tired of mistreatment of low-income tenants and this is only the first step towards uniting people against the day to day injustices,” reads a petition that over 90 City Towers residents signed since March and was delivered to VPM on April 1.

The petition complains of neglect and demands better maintenance and security measures in common areas, as well as relocation of elderly and disabled tenants from floors near the top of the buildings, which residents say pose safety issues in the event of an emergency evacuation.

Such an evacuation was needed when a fire struck one of City Tower’s high-rises during the afternoon of Feb. 15. A report from the Oakland Fire Department shows two City Towers tenants and three firefighters were hospitalized that day.

In a written statement, Melvin Parker, an older City Tower’s resident who lives on the 10th floor, described escaping the fire as “a nightmare,” as “people were bumping into each other,” because “there were no lights in the stairwell so you couldn’t see.”

While the fire put residents in danger, the event garnered attention that helped bring them together with the surrounding community and each other. Katie Latimer, who lives near City Towers and is part of The United Front Against Displacement, an anti-gentrification organization which has recently organized with low income tenants living in Boston, Harlem and San Francisco, said the incident motivated the organization to get involved.

Aware that a fire killed 17 tenants of a Bronx high-rise when a space heater malfunctioned last January, and that residents of that apartment had complained that their landlord had failed to provide central heating shortly before the fire, Latimer and other UFAD members wondered if neglect had played a role in the fire occurring at City Towers, and if residents were facing issues they could organize around.

“We know people in low-income housing are going through a lot of [stuff] that’s not right these days,” said Latimer, “and that it’s easier to organize when there’s a large number of people with the same landlord and similar complaints.”

Five members of the organization started knocking on doors to learn more about residents’ experiences. When they found out that many were facing problems, they started meeting every week with residents to unify tenants and organize responses. The group has been sharing printed information at the high-rises, such as possible continuing onsite fire hazards and information about the companies behind City Towers. Jones, along with fellow City Towers tenant Loucrita Johnson, have joined UFAD’s outreach efforts to bring in more tenants to organize.

“I’ve learned not to be afraid to fight back,” said Johnson. “I want to continue to work on this with other tenants until something gets done about City Towers.”

In April, UFAD and tenants filed complaints to Oakland’s Inspection and Code Enforcement Services which resulted in the city sending KDF City Towers LP, the Newport Beach-based company that owns City Towers and has hired VPM Management Inc, three “notice of violation” letters. The letters accuse KDF of code violations on three units and common areas in two City Towers high-rises including inoperable heaters and electrical outlets, as well as leaks and damage to bathtubs, lights, and cabinets. KDF must now fix the issues, file an appeal, or face fines.

The Oakland Post sent multiple emails requesting comment on this story to co-founders Marquis E Hyatt and Paul Fruchbom of KDF Communities LLC, the company that owns KDF City Towers LP, but did not receive a response.

On April 18, City Towers residents received a note from VPM Management Inc. that stated “Due to the COVID Pandemic, Management has been unable to perform annual unit inspections for over 2 years. Because of this, many of the apartment homes have many maintenance items that need to be addressed.”

The note also said that VPM was hiring a company to help them with repairs that would start on May 2. On May 10, City Towers tenant Ali Boutte told this reporter VPM had recently taken photos of things in his home that needed to be repaired and told him they would soon be worked on.

UFAD has been continuing to meet with tenants and on May 7, they showed films about tenant organizing in an informal gathering in an effort to bring City Towers residents together. Members of the organization and tenants told this reporter that they feel their work has caused a response from VPM Management Inc, but that there is still a lot of work to be done to adequately address all the issues.

“We all have the same stories, and the tenants want change,” said Jones. “I’m not going to stop. I’m going to fight for tenant rights and not be silent.”