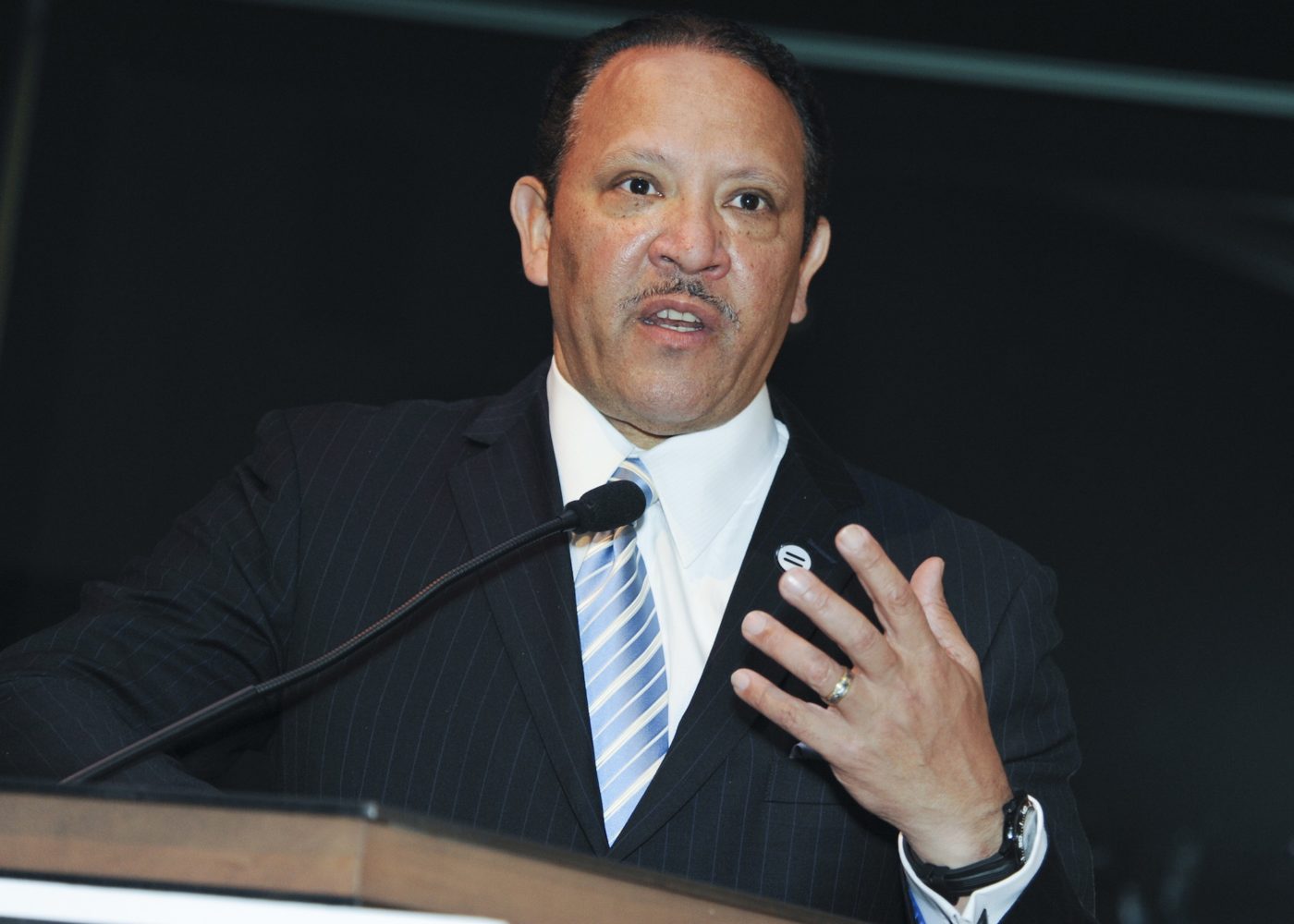 WASHINGTON (NNPA) – During a closed door meeting with NBA Commissioner Adam Silver, a coalition of civil rights groups commended the basketball chief for making a strong statement with the lifetime ban of Los Angeles Clippers’ owner Donald Sterling and expressed the need for greater diversity in the NBA’s business behind the scenes.

On April 25, TMZ, an entertainment website dedicated to celebrity gossip, leaked secretly-recorded audio of Donald Sterling making disparaging comments about Blacks during a conversation with Vanessa Stiviano, his mistress.

Following the release of the tape, NBA players, including players from the Miami Heat, the reigning NBA champs, joined in silent protests during the playoffs over Sterling’s comments.

Just four days later, Silver, who called Sterling’s words “truly offensive and disturbing,” dropped the hammer on the Clippers owner, banning him from the league indefinitely and fining him $2.5 million, the maximum allowed under NBA regulations. Silver also moved to force the Sterling family to sell the team.

Beyond the sale of the Los Angeles Clippers, the civil rights leaders discussed a range of topics with the NBA commissioner, including African American team ownership, the conduct of the owners, and the need for greater community engagement.

As former Microsoft executive Steve Ballmer prepares to purchase the team for an estimated $2 billion, civil rights leaders who attended the meeting vowed to stay on the case to promote diversity in the league and not just on the bench or the owner’s box, but throughout the league.

“We talked very strongly about African American entrepreneurship and making sure that throughout the NBA and WNBA that there are strong opportunities to have women-owned businesses and minority-owned businesses to benefit from all of the enterprises that surround the NBA,” said Barbara Arnwine, president and executive director of the Lawyers’ Committee for Civil Rights Under Law.

That includes everything from team ownership to vendor opportunities and procurement to stadium contracting.

Arnwine said that minority ownership in the league is important, because that’s where the money is.

“There’s nobody playing ball that’s making $2 billion dollars,” said Arnwine in reference to the impending sale. “It’s important in an industry where 80 percent of the players are African Americans, that African American communities should be beneficiaries of the fruits of that sweat and that labor, because those are the communities that they come from and our youth from those communities look up to those players.”

“Thinking long range, it’s about the empowerment of the communities,” said Arnwine. “The NBA should have a voice and have a role in taking away some of the pain that is felt in the Black community and opening the doors to opportunity for African American youth who want to go to college and for Black business owners.”

Marc Morial, president and CEO of the National Urban League, said that if the Ballmer deal goes through, that the new Los Angeles Clippers ownership group should include Blacks.

Morial said that the group wants to learn more about the procurement process for the league and they want to see how teams stack up when it comes business diversity.

“The NBA is heavily subsidized by the public through arena deals,” said Morial. “Many of the arenas are owned by the public, rented to owners, with terms heavily favorable to the team owners.”

That means they get to pocket most of the revenue coming in from concessions, parking and sponsorships.

During the owner initiated player lockout in 2011, CBS Sports reported that Time Warner Arena where the Charlotte Hornets play and the New Orleans Arena where the Pelicans play “were 100 percent publicly financed” and the city of Orlando “sold $311 million in bonds in 2008 to help finance the Amway Center,” home of the Orlando Magic basketball team.

“Industry analysts estimate that about two-thirds of current NBA arenas received some form of public financing. Even some of the privately owned buildings (in Sacramento, Chicago, Boston, Detroit, Denver, Philadelphia, Toronto, Utah and Washington, D.C.) received some indirect public benefit such as land grants, tax breaks or both,” according to CBS Sports.

Melanie L. Campbell, president and CEO of the National Coalition on Black Civic Participation said, “I don’t know any professional sports teams that didn’t need municipal support, that’s our tax dollars. If you have to have a stadium built for a football team, a baseball team, or a basketball team, guess what, that is municipalities putting in our tax dollars.”

Morial said that the coalition of civil rights groups that met with Silver wants to learn more about the procurement process for the league and they want to see how teams stack up when it comes to business diversity.

“Getting rid of Sterling is just one step,” said Morial. “We have to be more engaged in all of the broader issues related to sports, including ownership diversity and procurement.”

Still, the civil rights leaders recognized the great strides in diversity that the NBA has made compared to professional football and baseball. Not a single team in the National Football League is Black-owned and it’s the same story for Major League Baseball. Only 9 percent of coaches in the NFL and 10 percent of the managers in MLB are Black.

“We want to give the NBA credit where it’s due and push them where they need to be push,” Morial said.

He explained, “You now have a community of players, whether it’s a Magic Johnson or a Michael Jordan and other African American business people, like [Bob Johnson] and Oprah Winfrey, who have the financial wherewithal to be primary owners or parts of ownership groups. The argument that they just aren’t out there, just doesn’t hold weight anymore.”

Donald Sterling Says No Deal; Suit is On