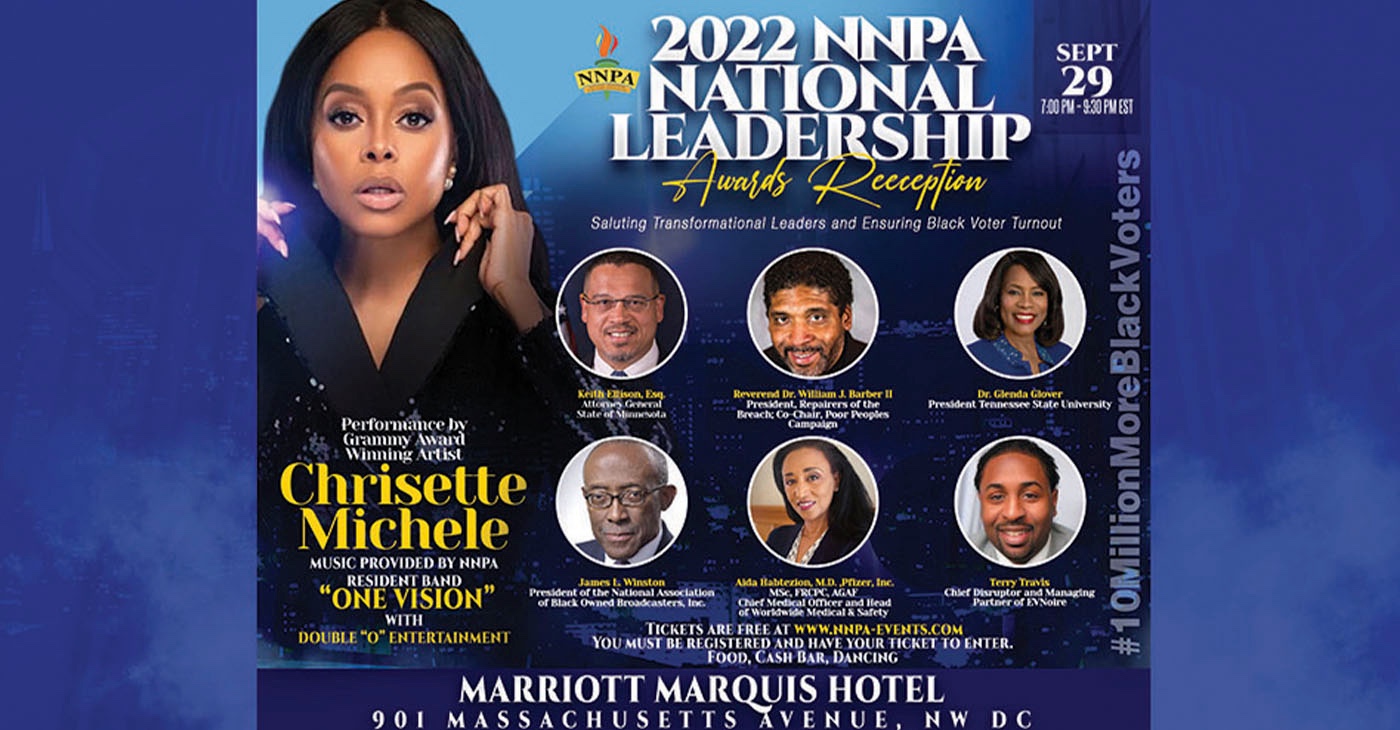 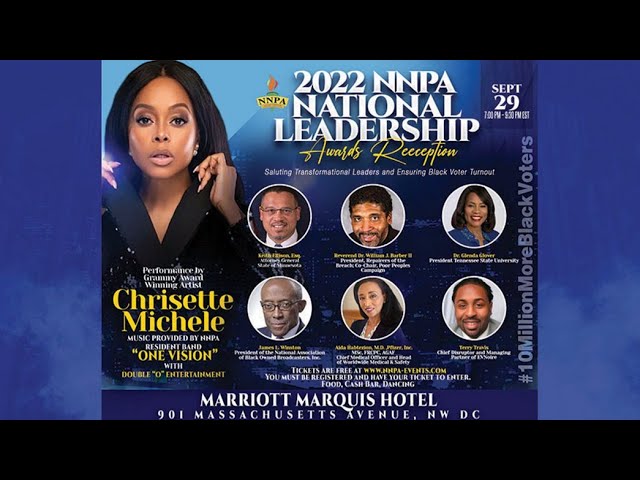 Belting out a string of hits and crowd favorites, Michele crooned and teased the Black Press and its guests about being “grown and sexy.”

She reached deep into her catalog with the “One Vision” band backing her; Michele performed “No Greater Love,” “All I Ever Think About,” “Blame It on Me,” and several other numbers as the crowd sang, swayed, danced, and screamed approval.

The presentation of the annual awards preceded the rousing performance.

Richards and Chavis applauded Ellison for “effectively challenging systemic racism throughout the country.”

Dr. Aida Habtezion, the chief medical officer at Pfizer, received the award for Outstanding Achievement and Leadership in Medicine.

The award’s inscription noted that Habtezion had championed the cause of ensuring that worldwide, patients, physicians, and regulatory agencies are provided with information on the safe and appropriate use of Pfizer medications.

Terry Travis, the managing partner of EVNoire, was presented the “National Leadership Award for Outstanding Achievement and Leadership in the Cause for Freedom, Justice, and Equity.”

Travis received the award for his work in transportation, energy, and environmental health.

Attorney James L. Winston, the president and CEO of the National Association of Black-owned Broadcasters, Inc., was presented the “National Leadership Award for Outstanding Achievement and Leadership in the Cause for Freedom, Justice, and Equality for All Americans, in Particular African Americans, in the Area of Broadcast Communications.”

Rev. Dr. William Barber II, the president of Repairers of the Breach, received the “National Leadership Award for Outstanding Achievement, Leadership, and Tireless Efforts in Fighting for Freedom, Justice, and Equity for All Underserved People of America.”

His daughter, Rebekah Barber, accepted on his behalf.

The NNPA received orders for more than 2,000 tickets for the Leadership Awards Reception and ceremony.

Students from the Duke Ellington School of the Arts blanketed the ballroom, assisting NNPA employees and gaining valuable insight into the Black Press.

“This is Black excellence,” she stated.