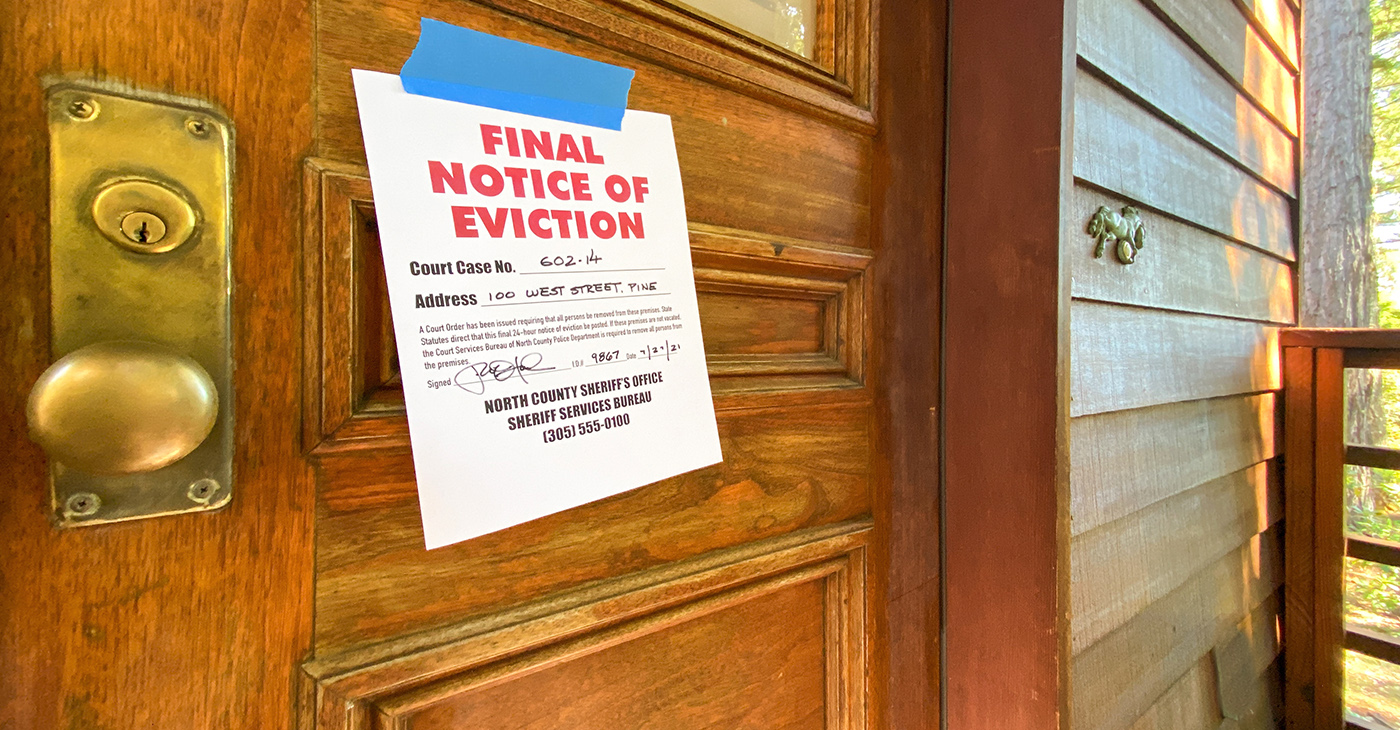 “It’s a good time for the United States to really re-look at our housing policies,” Diana Yentel, the nonprofit National Low-Income Housing Coalition president, told Yahoo! News. “And see what changes need to be made post-pandemic or even during the pandemic to help those who were already struggling.” (Photo: iStockphoto / NNPA)

Landlords can resume eviction proceedings after the Centers for Disease Control and Prevention issued clarifications to a previous executive order from President Donald Trump.

The CDC’s memo released this week noted that its order “isn’t intended to prevent landlords from starting eviction proceedings, provided that the actual eviction of a covered person for non-payment of rent does NOT take place during the period of the Order.”

Further, the memo states that “landlords are not required to make their tenants aware of” Trump’s eviction moratorium and the CDC’s declaration form that renters must fill out to qualify.

Following the coronavirus pandemic outbreak, Trump issued an executive order that forced the CDC to temporarily halt evictions through the end of the year.

Diane Yentel, the nonprofit National Low-Income Housing Coalition president, suggested that Trump’s order should have been accompanied with legislation and substantial emergency assistance.

Yentel declared that monetary aid was necessary because of a “wave of homelessness” facing the country.

In September, the DC City Council voted unanimously an extension to Bowser’s state of emergency order, which prohibits evictions and ties them to the health emergency.

The Council’s action allows Bowser to extend the city’s moratorium on evictions as long as she opts for one.

The District’s law also bans new eviction filings, a move that will last for an additional two months following the end of the pandemic.

Further, notices to vacate are legally unenforceable during the eviction ban.

“When … my email box is flooded with resident outrage, we want to act quickly, and I agree,” D.C. At-large Councilmember Elissa Silverman told reporters. “But we also need to act thoroughly. The entire eviction process needs to be, I think, examined, and all of these recommendations made in the story deserve our consideration.”

A study conducted by Harvard University’s Department of Housing Studies revealed that half of Americans who rent are either severely rent-burdened or moderately rent-burdened.

For African Americans and Hispanics, researchers at Harvard determined a triple pandemic for those communities.

Black and Hispanic households were “much more likely to contract COVID-19, suffer lost income, and face housing insecurity as a result of the pandemic,” the researchers concluded.

“It’s a good time for the United States to really re-look at our housing policies,” Yentel told Yahoo! News. “And see what changes need to be made post-pandemic or even during the pandemic to help those who were already struggling.”

The U.S. Census Bureau reported that about 30 percent of American adults face some form of eviction or foreclosure by December.

To help protect against eviction, tenants must show that their 2020 income is less than 2019, and they have to prove that the coronavirus caused them to lose employment or the ability to earn money.

The CDC memo did provide a steadier position for homeowners with Federal Housing Administration-insured loans through the end of 2020.

The memo prohibits banks from foreclosing on homes until January 2021 at the earliest.

The CDC memo also reinforced cries for a new federal stimulus. However, the Trump administration and Democrats have remained apart in negotiations.

“If Trump walks away from passing a stimulus, we are staring down the barrel of one of largest mass evictions in American history,” Congresswoman Alexandria Ocasio-Cortez said in a Twitter post.

“The tsunami of evictions we are about to see is unacceptable.”

In a statement, the American Civil Liberties Union also called for a stimulus agreement to assist financially ailing Americans.

“Every day, people in our country are suffering through unemployment and evictions. People are dying in prisons and jails and from lack of access to testing and treatment. This is all happening while the clock ticks down to Election Day. People need relief now,” the organization stated.