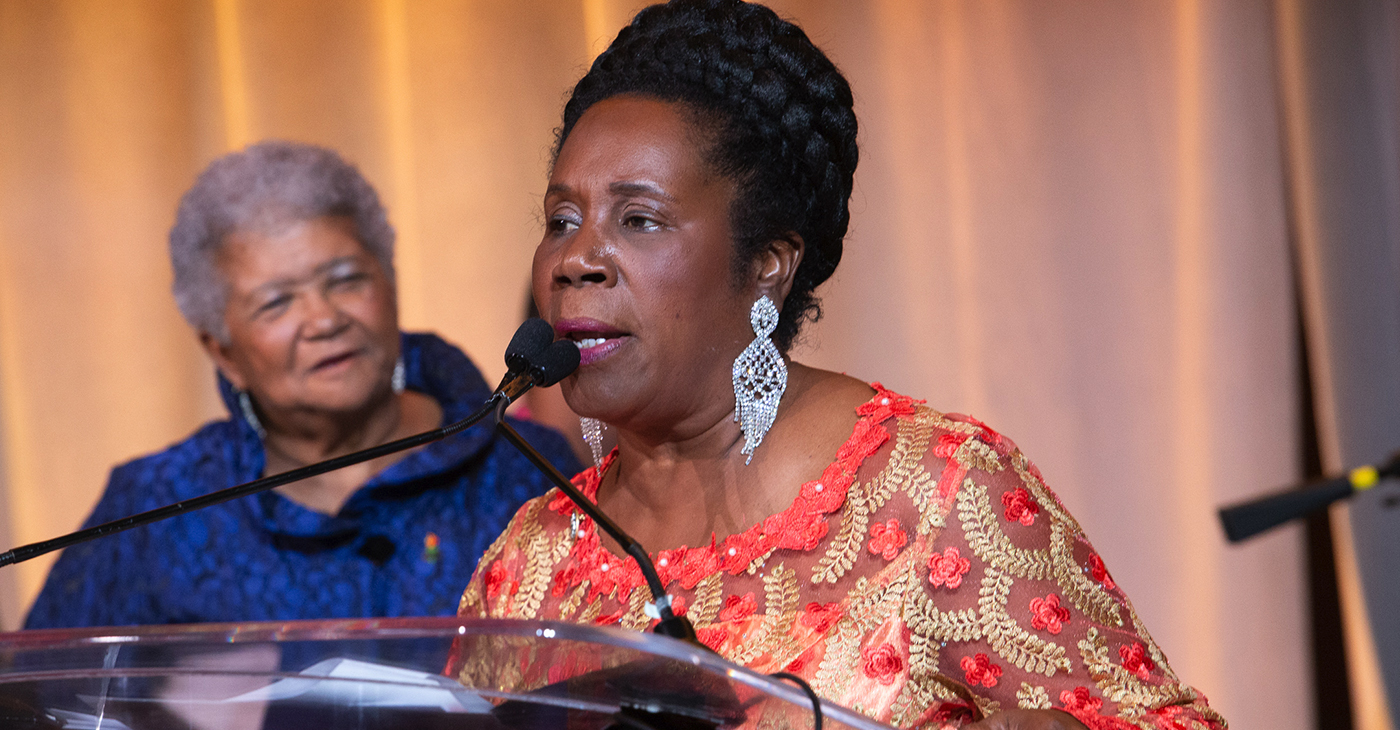 Naturally, the midterm elections and the possibility of impeaching President Donald Trump commanded much attention. “We will walk through the storm together and we will be productive together,” said Jackson Lee during the opening news conference that featured the potential 2020 Democratic presidential ticket of Booker and Harris.

U.S. Surgeon General Jerome Adams sat for a fireside chat during a luncheon titled, “Protecting the Health, Safety and Security of African American Communities.” “This is about lifting up health for all,” Adams said.

Another health disparities forum highlighted Census Bureau statistics which revealed that 54.4 percent of Blacks have private health insurance compared to 75.8 percent of non-Hispanic whites. Further, the data revealed that more Blacks – 43.6 percent – relied on public health insurance like Medicaid, compared to 32.7 percent of whites. What’s more, statistics show that African Americans have the highest mortality rate of any racial and ethnic group for all cancers combined and for most major cancers.

This year’s conference theme, “The Dream Still Demands,” paid tribute to the legacy of pivotal American civil and social movements of the past 50 years, while maintaining a goal of uplifting present-day champions in the fight for racial equality, justice and freedom.

Rep. Maxine Waters of California, who along with Rep. Jim Clyburn of South Carolina and Rep. Al Green of Texas each received the National Newspaper Publishers Association’s (NNPA) Leadership Award, helped to celebrate the hip-hop culture and stole the spotlight.

Joseph “Rev. Run” Simmons of Run-DMC fame also appeared on a panel to discuss diabetes while Florida Rep. Frederica Wilson sat in on a School to Prison forum.

The weeklong event also celebrated a power shift sweeping the nation: Black women are leading voter drives, running for office and winning. “We know that Black women have changed the world and continue to do that through our activism,” said Dr. Avis Jones-Deweever, a senior advisor for BWR Research & Resource Development.

“Young women are increasing their activism and there’s a 10 percent jump over the last year,” she said. “As always, our more mature sisters, almost two-thirds of us are active, as always.”

Dr. Elsie Scott said more women are pursuing other areas of elected office.  “Since Trayvon Martin was murdered, we noticed more interest in prosecutors and more women running for prosecutors,” Scott said.  “There are a number of Black women saying they don’t like the way they’re being prosecuted. What we find is women are winning in districts that are not predominately Black. If you look at the women of the Congressional Black Caucus, the majority of them now are in districts that are not majority Black,” she said.

Trump, who has seen many of his inner circle recently plead guilty to criminal charges and might feel the walls closing in on him, was at the center of impeachment talk. In her typical fiery but still eloquent way, Waters spoke passionately about her and other Democrats’ mission to impeach the president – though, like many others, she never mentioned him by name but only referring to him as “Number 45.”

“My friend Jesse Jackson said if you fight, you can win. If you don’t fight, you will never know if you can win,” said Waters, who received an NNPA Leadership Award. For those who insist that Vice President Mike Pence might turn out as a worse Commander in Chief than Trump, Waters scoffed. “I say knock off the first, and go after the second,” as the sold-out crowd inside the grand ballroom of the Marriot Marquis roared its approval of her fiery award acceptance speech.

Green, the veteran civil rights advocate who’s serving his seventh term in Congress, picked up where Waters left off. “I promise that I have not given up on impeachment,” Green said. “We have a president who is not only unfit for the presidency, but a man who is unfit for any office in the United States of America.”

COMMENTARY: The Miseducation of “Betsy DeVoid”