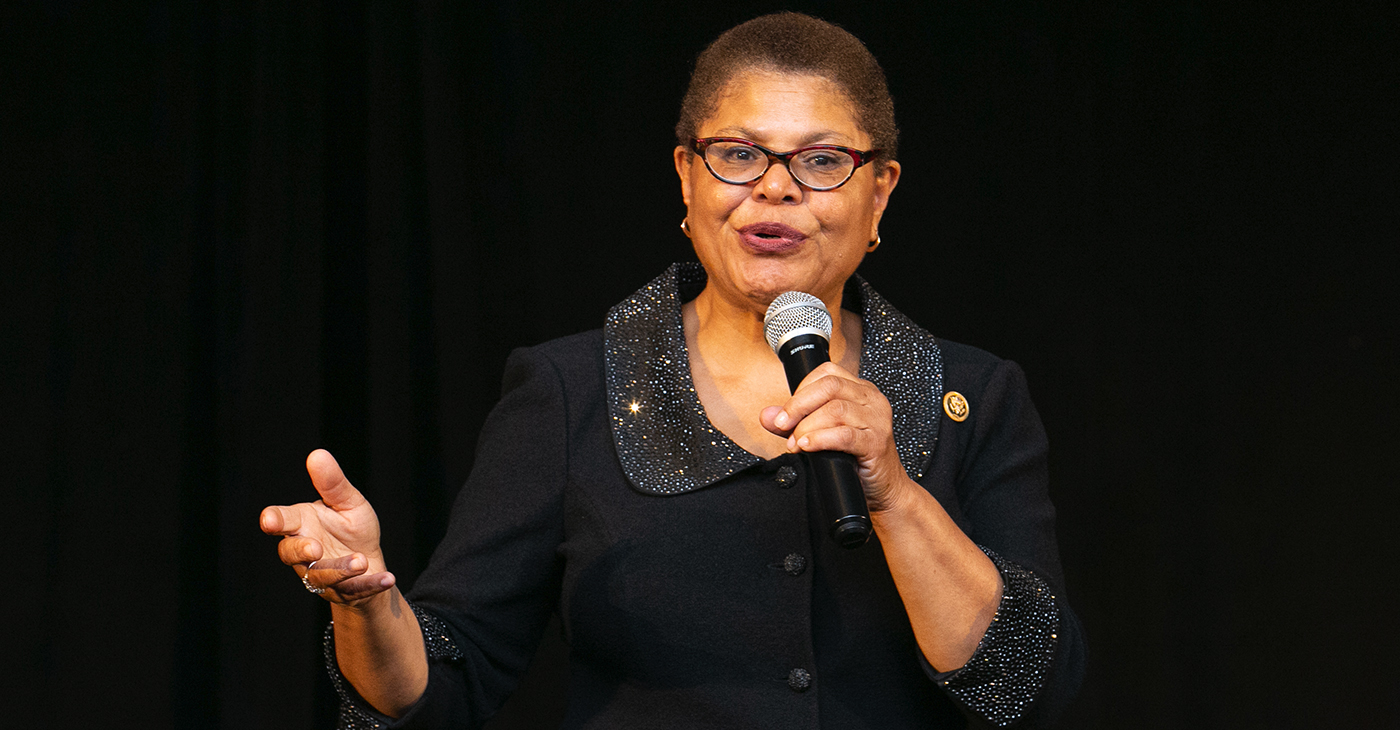 This year’s ALC theme, “400 Years: Our Legacy, Our Possibilities …” observed 400 years of the first enslaved African to land in Jamestown, Virginia.

This year’s ALC theme, “400 Years: Our Legacy, Our Possibilities …” observed 400 years of the first enslaved African to land in Jamestown, Virginia.

“The contributions of Black women in shaping and changing the world for the better are often minimized. At every moment in history, black women have worked alongside their more famous male counterparts to advance political movements,” Bass said.

CBCF officials added that the goal of the Sojourner Truth Town Hall was to increase the significance of black women in leadership.

It’s also aimed at building a strong infrastructure of support for black women candidates and their role in bridging gender equity, voter participation, economic empowerment, access to health care, and criminal justice reform as they look to 2020 and beyond.

Among the highlights were discussions on closing the racial wealth gap; the state of housing in black America; Black money matters; a financial services brain trust; and a national town hall that focused on the possibilities in the black community as well as the challenges.

“We cannot give up hope because every time we fight, we win,” said NAACP President and CEO Derrick Johnson, who served as a panelist on a two-part national townhall that explored the possibilities and challenges facing African Americans.

During a CBCF panel, moderated by Chavis and hosted by Pennsylvania Congressman Dwight Evans, the focus turned to black businesses and their survival.

The panel’s theme was “Nation Building Through the Black Business Community: The Next 50 Years.”

“This is a vital issue,” Chavis said. “For the discussion, we wanted to come after this from different perspectives, and this was a great discussion,” he said.

The 2019 NNPA National Leadership Awards were also handed out during the week.

“The NNPA salutes the outstanding leadership of CBC Chair Karen Bass,” Chavis said. “She is leading the CBC to higher heights and all people of African descent will benefit especially.”