Carter Apologizes for Advising Rookies to Get a 'Fall Guy'
Advertisement 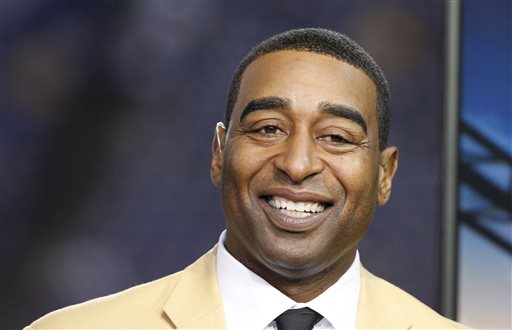 This is a Nov. 7, 2013, file photo showing Cris Carter smiling in the NFL booth during the first half of an NFL football game between the Minnesota Vikings and Washington Redskins in Minneapolis. (AP Photo/Ann Heisenfelt, File)

Hall of Fame receiver Cris Carter has issued an apology for telling NFL rookies at a league symposium in 2014 that they should “get a fall guy” to help them avoid trouble.

Carter posted his apology on Twitter after an ESPN article drew attention to the remarks he made during a presentation last year. He told a group of rookies from NFC teams in the session that if any of them were to get into trouble off the field, it was important to have someone who would step forward and take the blame.

The NFL had video of the talk on its website for a year, but it was pulled after it came to light on Sunday night.

“Seeing that video has made me realize how wrong I was,” Carter tweeted. “I was brought there to educate young people and instead I gave them very bad advice. Every person should take responsibility for his own actions. I’m sorry and I truly regret what I said that day.”

Former 49ers linebacker Chris Borland told ESPN he was disgusted by a session in the 2014 rookie symposium in which an unnamed former player advised young players to identify a “fall guy” within their circle of friends. Video of Carter giving those remarks quickly surfaced.

“You all are not going to all do the right stuff,” Carter is seen telling the audience in the video. “So I got to teach you all how to get around all this stuff too. If you’re going to have a crew, one of them fools got to know he’s going to jail.”

More than a year after Carter made the remarks at the league-sponsored event, the NFL condemned the message.

“This was an unfortunate and inappropriate comment made by Cris Carter during the 2014 NFC rookie symposium,” the league said in a statement. “The comment was not representative of the message of the symposium or any other league program. The league’s player engagement staff immediately expressed concern about the comment to Cris. The comment was not repeated in the 2014 AFC session or this year’s symposium.”

“Not at all. He’s speaking real life,” Pryor said. “He’s been through a lot. People such as myself and others can relate to it, and some can’t. So it’s however you want to take it.”

Carter’s career arc has long made him a go-to resource for young players. He has admitted that drug abuse nearly derailed his career while he was with the Philadelphia Eagles, and it wasn’t until he cleaned his act up after being claimed off waivers by the Vikings that he became a star in the league.

Carter made the Pro Bowl eight times and was inducted into the Hall of Fame in 2013.

FSU Running Back Returning to Field After Not Guilty Verdict