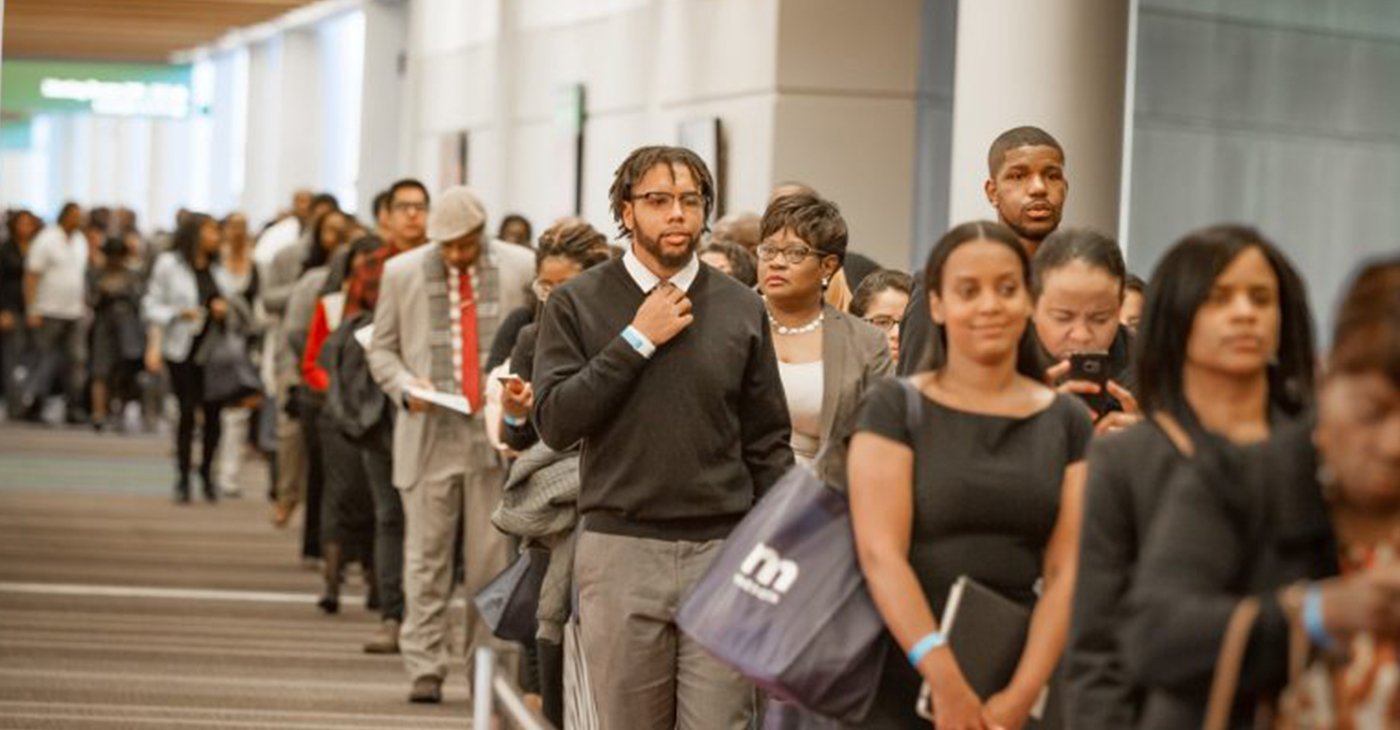 The POC Career Fair returns this spring, another day-long hiring event for the professionals of color (POC) in Minnesota. The fair at the Minneapolis Convention Center on April 30 will feature some 30 employers aiming to connect with under-employed talent.

“It’s a career fair, not a job fair,” Sharon Smith-Akinsanya, event founder and CEO of the Rae Mackenzie Group, made clear in a recent interview with the MSR. She sees solving the problem of educated people of color unable to find professional work as her niche.

Minnesota’s POC community is already in bad shape when it comes to jobs, so being hit with a workforce shortage spells crisis. There are talented, educated, well-trained people of color already being ignored who might get pushed further back.

“We have a crisis in the state of Minnesota,” said Smith-Akinsanya. She said the unemployment rate currently among people of color (POC), especially among Blacks and Latinx, is two to four times higher than Whites’. This bodes badly, she noted, with 2020 state workforce outlooks forecasting a roughly 100,000 employee shortage.

It’s a problem she got the state to recognize, first meeting with then-Gov. Mark Dayton about the issue before launching the career fair in 2016.

Smith-Akinsanya aims to bridge the gap with the career fairs. She doesn’t believe employers don’t want people of color. It’s just that “they can’t find them,” she said.

Instead, people of color with doctorate degrees are working low-level jobs. Smith-Akinsanya said those who have gone to school for four, six or eight years have earned “the dignity of a good job.” They should be fully enjoying doing the things that make Minnesota a great place to live for the general population — and Minnesota should enjoy the higher tax revenues such employment would provide.

On top of the tax base, “a more diverse workforce means a more productive workforce,” said Smith-Akinsanya. National companies like Target and Wells Fargo, she said, will be among the employers on hand, and they need employees who reflect the nation and their customers.

Also among the employers who will have people there face-to-face to speak with prospective employees about all types of upper-level jobs, is the state of Minnesota, US Bank, Anderson Windows, Sleep Number, Metro Transit, Best Buy, Ameriprise Financial, Boston Scientific, Bremer Bank and more.

Smith-Akinsanya said she knows people are getting hired because sponsors and hiring managers from the above companies continue to come back.

Those companies will have plenty of prime candidates to choose from; Smith-Akinsanya anticipates 750 people to be in attendance.
“The energy in the career fair is unlike any other,” she said, adding the event doubles as a great POC networking opportunity for those who already have a job.

Trained and talented people of color can find excited employers who “value their degree,” she added. Those POC workers, in turn, find a committed and inclusive workplace to join.

Participants are also offered a free headshot — a must, said Smith-Akinsanya, for those who want a good-looking LinkedIn page. You can also register to vote.

There is no cost and the event is open to the public. There’s even a free Metro Transit ride, said Smith Akinsanya, for those who download the pass online. “We made it easy for you to make your elevator pitch and get on the bus stress- free. Just come on down.”

Black-owned businesses get a boost at Chameleon Shoppes