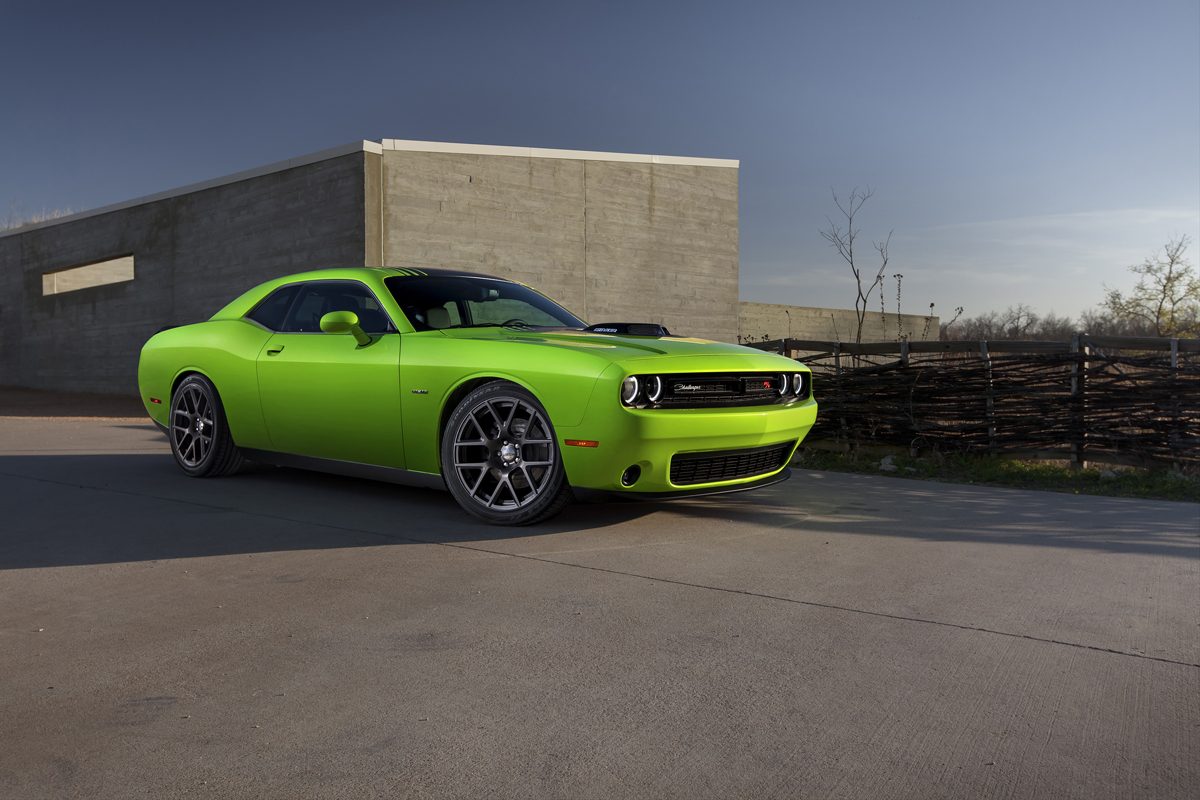 PORTLAND, Ore. – We came to the City of Roses to test drive the 2015 Dodge Challenger. But that was really a misnomer. Yes, we drove the Challenger, well three of them, but the real news here was brand expansion rooted in horsepower.

Dodge wants to reassert its heritage as a mainstream performance brand and with the 2015 Dodge Challenger, it takes a big step in that direction by offering a product for just about every power niche when the new Challenger goes on sale in the third quarter.

There was a literal avalanche of variants. When the new Challenger goes on sale trim lines will include the SXT, SXT Plus, RT and RT Plus, RT Shaker, RT Plus Shaker, Scat Pack and 392 Hemi Scat Pack. The variants are so numerous they rival the powertrains on pickup trucks.

But at the heart of this Dodge Challenger product assault is the engines and there will be four; not one of them gets less than 300 horsepower. This menu of muscle cars is topped by the 707 horsepower 2015 Challenger SRT Hellcat. It is in a class by itself and we’ll deal with that at another time.
Power for the lineup starts with a 3.6-liter V6 that makes 305 horsepower and 268 pound-feet of torque; this is the lone Challenger engine that has only one transmission, an eight-speed automatic.

This engine has a cylinder shut off system for fuel savings when it is mated to the eight-speed automatic transmission. It has an EPA rating of 16 mpg in city driving and a respectable 25 mpg on the highway.

The 6.4-liter HEMI® developed by Dodge’s Street and Racing Technology Team (SRT) was more direct. With an eight-speed automatic or the six manual, this engine made 485 horsepower and 475 pound-feet of torque.

We secured a 2015 Dodge Challenger 6.4L HEMI® Scat Pack for the drive on historic U.S. 30 to the Crown Point Vista. It is the first purposely built scenic highway in the U.S. and the section we were on cut through the heavy foliage of the Columbia River Gorge. It was a winding, tight turns, two-lane highway with tree-formed canopies and speed limits of 25 or 30 mph. In other words, it was no place to unloose a car with almost 500 horsepower.

Still, there was much to learn about our test car. The six-speed manual transmission needed to be shifted firmly, especially when cross gate down shifting which was done often because of the slow moving traffic and the sight-seeing pedestrians.

The car was well-behaved. At low speeds the engine was almost silent, sight lines were great, the sport bucket seats were soft like easy chairs but they provided plenty of back and lumbar support. We didn’t check but the back seats looked like they could accommodate two adults in reasonable comfort.

This was a barebones Scat Pack Challenger. It didn’t have a navigation system or a sunroof or a premium sound system but it did have 20-inch aluminum wheels, satellite radio, Bluetooth and USB and auxiliary jacks. We plugged in our iPhone and played our own music. And then there was that engine; it was sonorous.

Dodge used styling cues from the 1971 Challenger. There was a new fascia design as well as a power bulge in the hood and a new vertical split grille. Windshield washer outlets are now placed under the hood for a cleaner look. The quad headlamps had a more detailed appearance, the trapezoidal front air dam was wider and on HEMI® models, a new duck bill fascia spoiler improved aerodynamics.

In the interior, Dodge has dumped the vertical center stack and has moved to a horizontal layout. The Challenger featured a standard 7-inch thin film transistor (TFT) reconfigurable gauge cluster and an 8.4-inch Uconnect touch screen, a 5-inch screen is also available. But it framed them both with a curved bevel, that made it appear like one unit and it didn’t seem too wide. It was sort of form fitting and gave the driver the feel of being in a cockpit.

We drove a 2015 Dodge Challenger R/T Plus back from the Portland International Raceway. It had an eight-speed automatic transmission. And the 372 horsepower 5.7-liter V8 had a lot more equipment than the 6.4L HEMI®n Scat Pack including UConnect, a sunroof, 20-inch hyper black wheels, a premium sound system and R/T Classic Package.

Because of equipment, the less powerful 5.7-liter HEMI®V8 was more expensive than the 6.4-liter Hemi, $44,755 versus $39,490. Tinker with equipment, transmissions, etcetera and you can get a Challenger that should be financially comfortable.

The bottom line for both versions of the car we test drove was that either could be an everyday driver; as long as the pavement was relatively dry, meaning no heavy snow, for the rear-wheel-drive Challenger.

These prices do not include a $995 freight charge. What’s more, there will be gas guzzler taxes ranging from $1,000 to $2,100 depending on the engine. But the levy can be reduced by taking the automatic transmission.