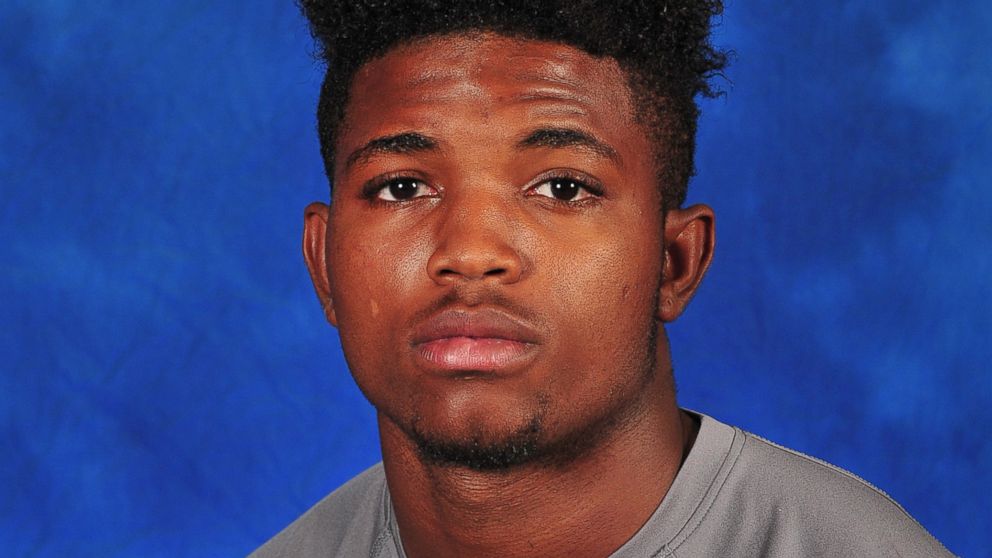 ARLINGTON, Texas (AP) — The brother of a college football player killed by police at a Texas car dealership has questioned whether deadly force was necessary and is puzzled by security footage showing the unarmed 19-year-old breaking into a car and crashing his vehicle into the glass showroom wall.

The confrontation with officers that resulted in Christian Taylor’s death early Friday wasn’t captured on video because the showroom has no interior surveillance cameras and the city’s police officers don’t wear body cameras. Police say they are investigating Taylor’s death as a possible criminal case and will determine whether department rules were broken.

Taylor was black and Miller is white. The shooting comes amid increased scrutiny nationwide of police use of force, particularly in cases involving black suspects, and renewed protests in Ferguson, Missouri, marking the anniversary of the death of an unarmed 18-year-old African-American who was killed by a white police officer.

Joshua Taylor, 23, told The Associated Press on Monday that he’s not angry with police but thinks “things could have been handled differently.”

Although there’s video from the car dealership lot, there is no footage from inside the showroom, making it difficult to form a clear picture of what happened, Taylor said.

“It’s pretty much their story against somebody who’s not here anymore,” he said. “It’s kind of hard to, I guess, justify or clarify, but at the end of the day I know my brother. I know he wouldn’t attack any officer or anybody in authority at all, or attack anybody for that matter.”

In interviews with AP, Taylor’s parents declined to talk about the fatal confrontation. His mother, Tina Taylor, said police have not told them what prompted the shooting of their son, who graduated from high school last year and was playing football at Angelo State University.

Sgt. Christopher Cook said investigators cannot yet offer details on the confrontation because they have not completed all of their interviews.

Police have said officers responding to a burglary call early Friday found Christian Taylor roaming inside the dealership showroom. Police say the officers told Taylor to surrender and lie down on the ground, but he refused and tried to run away. The officers pursued him.

The officer with Miller — his field training officer, a nearly two-decade veteran — used his Taser, but not a gun.

About 35 demonstrators gathered Monday evening to protest the shooting. There were no arrests during the demonstration.