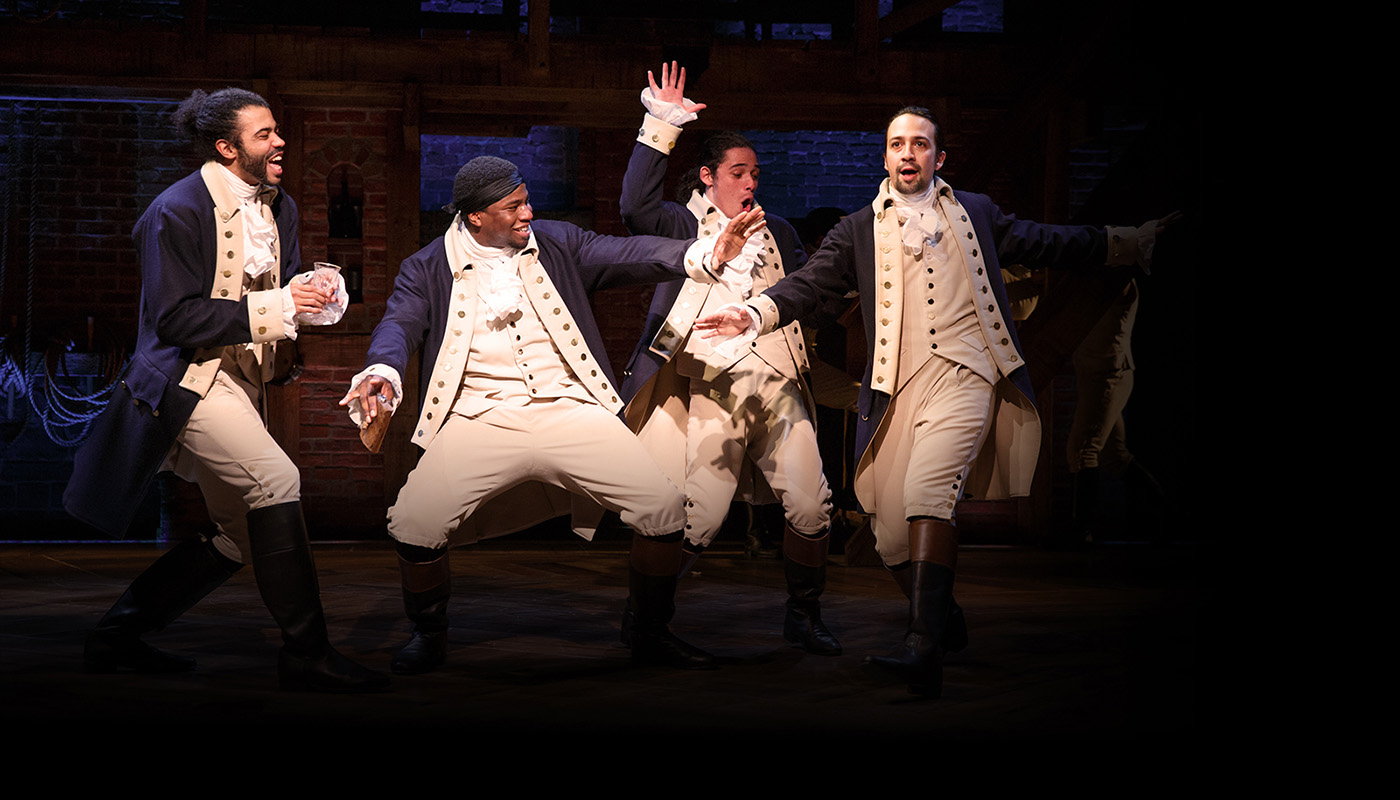 Fresh off “Hamilton’s” Grammy and Pulitzer Award wins, Tony and Grammy Award winner Lin-Manuel Miranda wields his pen and takes the stage as the unlikely founding father determined to make his mark on a new nation as hungry and ambitious as he. “Hamilton” is an exploration of a political mastermind. George Washington, Thomas Jefferson, Eliza Hamilton, and lifelong Hamilton friend and foe, Aaron Burr, all attend this revolutionary tale of America’s fiery past told through the sounds of the ever-changing nation we’ve become.

Tony nominated featured actor Daveed Diggs, shared with INSIDE NEW YORK, why he thought the play was so successful. “I think Lin has taken an American story that should be universally American and made it actually universally American. I have certainly always felt a fair amount of distance from the founding fathers, but now playing one with Chris Jackson [Tony nominee] and Lin-Manuel Miranda [Tony nominee] and all of these people who are not only my good friends but look and sound like me and dance the way that I dance and experience America the way I experience it has made me feel a lot closer to the story. And I think it’s doing the same thing for audiences.”

Although there were a couple of huge Tony nomination misses, most notably of the legendary Cicely Tyson and James Earl Jones, whose stellar performances in “The Gin Game” was absolutely spellbinding and other snubs, overall it was a good year for Black actors, particularly female. I think after seeing Ms. Tyson, give such an amazing performance in “Trip to Beautiful” at 89 years old, Tony judges forgot how difficult it was for her to perform the role of an aging nursing home resident that must suppress secrets brewing under the surface. Ms. Tyson, quipped, “that role nearly killed me … having to keep all of those secrets and so much anger inside.”

“Eclipsed” the play by Zimbabwean-American playwright and actress Danai Gurira (“The Walking Dead” star) about the lives of women struggling to survive amidst the Liberian Civil War, made history as the first all-Black, all-women on Broadway and received six Tony nominations.

“Eclipsed” star Lupita Nyong’o was nominated for Best Actress, “Eclipsed” cast members Pascale Armand, Saycon Sengbloh and director Liesl Tommy and writer Danai Gurira also received nominations. “The Color Purple” star Cynthia Erivo, was nominated for Best Actress in a Musical and Danielle Brooks also earned a nomination for her role in “The Color Purple,” however Jennifer Hudson was not. She replied to a fan on twitter, “My presence was used for my celebrity, not my talent. I’m not surprised.”

The revival of “The Color Purple,” based on Alice Walker’s novel about Celie’s journey from childhood through joy and despair, anguish and hope to discover the power of love and life, received four nominations. “The Color Purple” star Cynthia Erivo, was nominated for Best Actress in a Musical and Danielle Brooks also earned a nomination for her role in “The Color Purple,” however Jennifer Hudson was not. She replied to a fan on twitter, “My presence was used for my celebrity, not my talent. I’m not surprised.”

Other nominees included Renee Elise Goldsberry for “Hamilton.” Adrienne Warren and Sophie Okone received noms for “Shuffle Along” as well as director George C. Wolfe and choreographer, Savion Glover. However, surprisingly, six-time Tony Award winner Audra McDonald, who has broken a record as the only actor to win in all four categories for plays and musicals, was not nominated for her performance.

Joan H. Allen is Associate Publisher of the Daily Challenge and the host and executive producer of the television show “INSIDE NEW YORK.”

The Daily Challenge is a member of the National Newspaper Publishers Association. Learn more about becoming a member at http://www.nnpa.org.