Boehner’s Impeachment Trap: How the Speaker Set Himself Up for Embarrassment
Advertisement 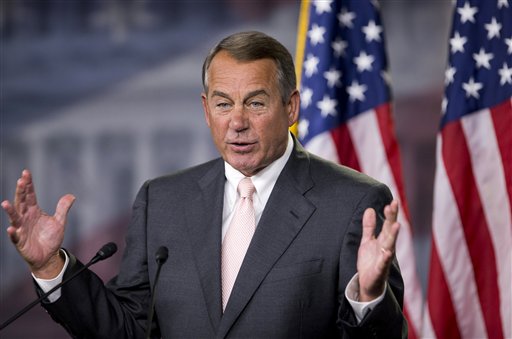 (Salon) – If there’s one thing the White House wants you to know these days, it’s that they’re really, very, quite concerned – one might even say “perturbed” – by the increasing likelihood that House Republicans will impeach President Obama. They’re anxious, they say, that so many people are laughing off IMPEACHMENT when the possibility of Republicans filing ARTICLES OF IMPEACHMENT and the Senate holding an IMPEACHMENT trial to see if the president will be IMPEACHED is very real.

Which is to say that the administration really wants everyone to be talking about how Speaker John Boehner and the Republicans could end up impeaching the president. White House senior adviser Dan Pfeiffer spoke to reporters last Friday and, according to HuffPo’s Sam Stein, “float[ed] the prospect of impeachment without much, if any, prodding.”

“I think impeachment is a very serious thing that has been bandied about by the recent Republican vice presidential nominee and others in a very unserious way,” said Pfeiffer. “And no one has even made any allegation of anything that would be within six universes from what is generally considered in that space.”

Later that day, White House press secretary Josh Earnest got in on the act, telling reporters that of course it could happen; no less a personage than Sarah Palin had called for it!

With Israel at War, US Lawmakers Give Full Support