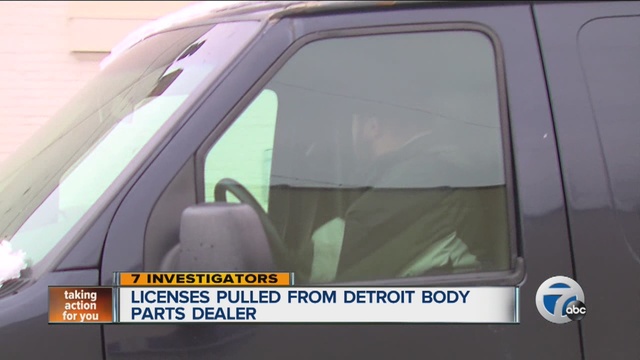 An FBI official in Detroit confirmed that the bureau is looking at an Oregon research center, and investigators have raided facilities in Michigan and Arizona. Besides confirming the existence of an investigation, authorities have been tight-lipped about what they are examining and why.

In February, Michigan suspended the mortuary license of Arthur Rathburn, alleging that he embalmed bodies at a Detroit address that doesn’t have a funeral home license. The move came after FBI agents in hazmat suits searched the site in December.

Phone numbers for Rathburn and his business, International Biological, were disconnected.

The FBI and the Arizona attorney general’s office raided Biological Resource Center in January, owner Steve Gore says in a letter on the front page of the firm’s website. The company accepts donations of dead bodies and links tissues with researchers and educators, according to its website.

“Please be assured that the staff of Biological Resource Center of Arizona works diligently each day to serve and honor our donors and their families with dignity and respect,” Gore wrote. “We adhere to the Uniform Anatomical Gift Act, which governs anatomical donation.”

A woman who answered the phone at the center, who said she worked for the firm’s answering service, said the business has been suspended because of the investigation and nobody was in the office. A spokeswoman for the attorney general’s office did not respond to calls from The Associated Press on Tuesday.

Authorities subpoenaed records from Portland, Oregon-based Legacy Health, a hospital chain that also operates Legacy Research Institute in Portland. The institute uses cadavers for research and to train doctors and nurses for surgery.

Legacy said it cooperated with the subpoenas, issued in conjunction with a federal grand jury investigation in Michigan.

Authorities requested that Legacy not share information about the investigation, Terrett said.

FBI officials will say little about their investigations.

“We have an investigation with respect to, out in Oregon … the Legacy donation program,” said Special Agent David Porter, a spokesman for the FBI’s Detroit field office. “That is literally all I have said and that’s literally all I will say.”

Porter also confirmed that agents executed a search warrant at the Michigan facility. He said he was unaware of the search of the Arizona site.