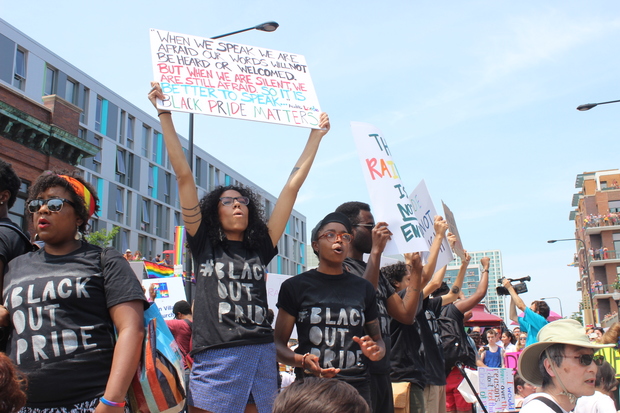 LAKEVIEW, Chicago (DNAinfo.com) — The 2015 Chicago Pride Parade came to a grinding halt around 1:45 p.m. Sunday as protesters staged a “die-in” to draw attention to the challenges facing LGBTQ communities of color.

About 15 protesters, most wearing black shirts with #BlackOutPride written on them, were walking in the parade before they reached the intersection of Addison and Halsted streets. Then, some laid down on ground and others sat in a circle around them, bringing the parade to a stop.

They chanted “Black lives matter” and “Stonewall was a f—ing riot,” a reminder of June 1969 riots for LGBT rights in New York that led to pride parades in Chicago and around the country.