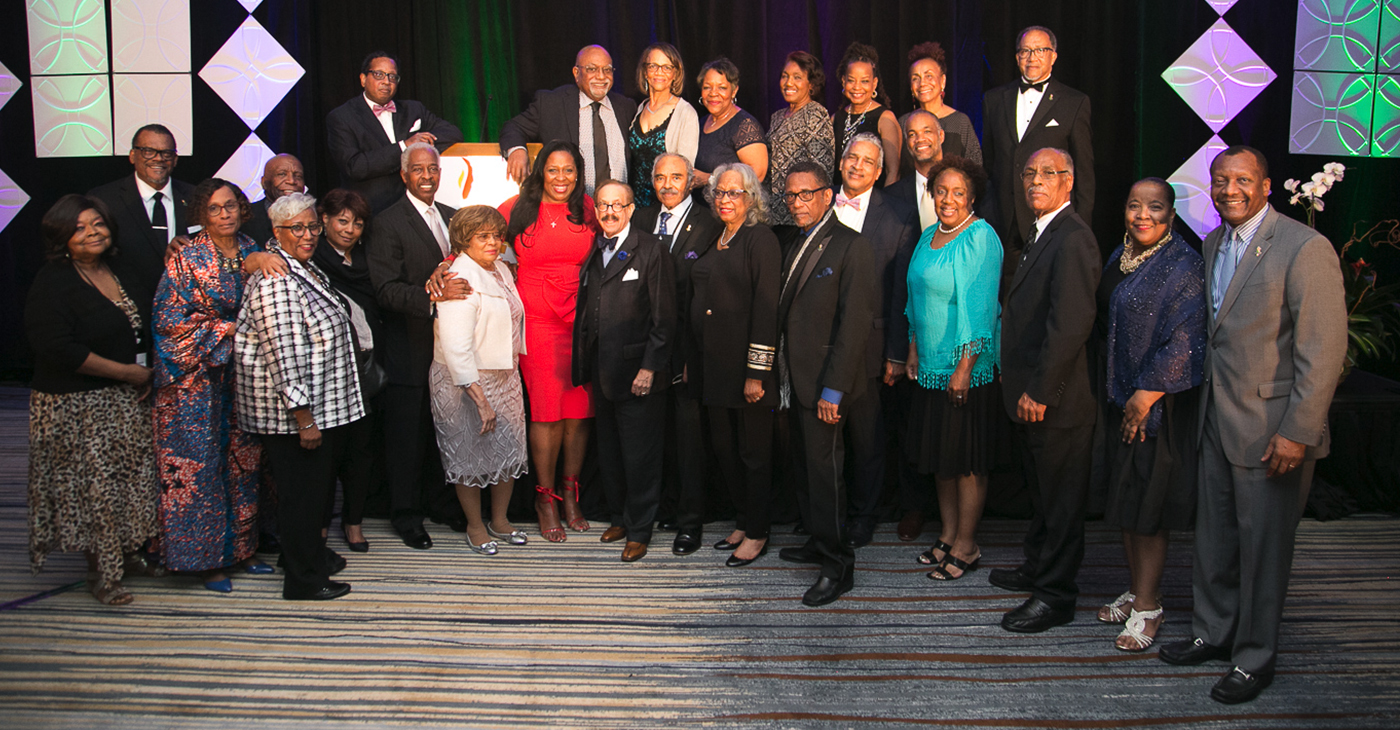 NNPA Chair and Houston Forward Times Publisher Karen Carter Richards (pictured: front row, center, wearing red dress) affirmed that the conference was a tremendous success. “I’m thrilled with the participation of all the publishers and the great ideas they have for the future.”

The NNPA is the national trade organization that represents 230 African American-owned newspapers and media companies across the nation, which make up the Black Press of America. 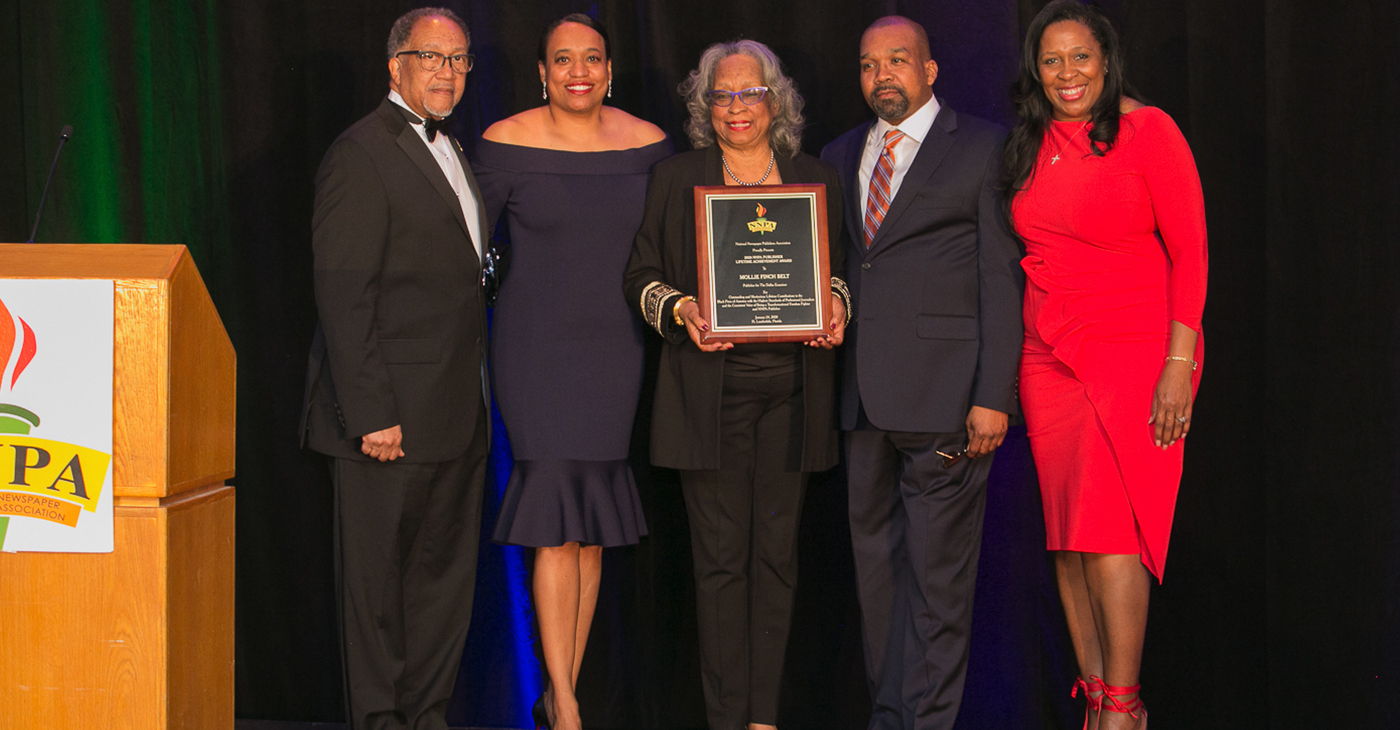 Dr. Colin “Topper” Carew, of the Massachusetts Institute of Technology (MIT) Media Lab, led a discussion that included monetizing the use of mobile devices and other technologies in news publishing and distribution.

“Black Power was about our getting a voice in the political process on a national and regional electoral basis. It was about power, and that’s the basis of the Congressional Black Caucus (CBC),” Carew stated. “I’m here because I believe in what you, the NNPA, represent as the Black Press of America.”

Carew, the co-creator of the hit television series, “Martin,” presented a proposal for that will facilitate increased revenue and sustainability for members of the Black Press and the NNPA. Carew’s proposal also included a digital migration training initiative.

“To increase advertising income due to the newly emerging digital economy by emphasizing and employing new digital advertising formats and capturing future digital ad budgets,” Carew explained to the group of publishers.

The proposal, which NNPA President and CEO Dr. Benjamin F. Chavis, Jr., said was adopted by NNPA’s Board of Director’s, concluded the conference of black newspapers and media company owners.

The conference also featured workshops led and moderated by NNPA Newswire Manager Norman Rich, who also serves as the NNPA Newswire Editor. Part one of Rich’s presentation highlighted the specifications and benefits of participating in the NNPA Digital Network.

Connie Wright, the senior vice president of Housing Affordability Philanthropy at Wells Fargo, participated in a fireside chat with Chavis. The discussion highlighted how Wells Fargo is helping to navigate the U.S. housing affordability crisis by donating $1 billion to help address housing affordability through 2025, including homelessness, available and affordable rentals, transitional housing, and homeownership.

As part of the $1 billion philanthropic commitment, the bank and nonprofit Enterprise Community Partners plan to launch a $20 million housing affordability challenge to uncover new, more rapid ways to increase the availability and sustainability of scalable housing affordability solutions.

General Motors (GM), the Black Press of America’s longest-standing corporate partner and supporter, formally introduced the future innovations of the automotive industry during a luncheon the company hosted for publishers and conference guests.

“At General Motors, we believe your journey should be safe, clean and efficient,” Muse stated while introducing the company’s mission of “Zero crashes, zero emissions, and zero congestion,” during the luncheon, titled, “Transforming General Motors to reflect a transforming industry.” Muse received a standing ovation from the NNPA Mid-Winter Training Conference attendees.

An annual highlight of the conference was the 2020 NNPA Publisher Lifetime Achievement Award, which was presented to The Dallas Examiner’s distinguished publisher, Mollie Finch Belt.

At a lively, entertaining, and emotional Lifetime Achievement Award ceremony, held at the Hilton Fort Lauderdale Marina on Friday, January 24, the Dillard High School students who are in the Broward County Color Guard opened the event by marching into the hotel’s Grand Ballroom in full regalia.

“This is such an honor,” Belt stated as she was accompanied on stage by her son, James Belt III, and daughter, Dr. Melanie Belt. “I’ve received many awards, but there’s nothing like receiving an award from your peers. The Black Press means a lot, and I want to say thank you,” Belt stated.

NNPA Chair and Houston Forward Times Publisher Karen Carter Richards affirmed that the conference was a tremendous success. “I’m thrilled with the participation of all the publishers and the great ideas they have for the future,” stated Richards, whose daughter, singer Lenora, helped to open the conference by performing several songs at the Chair’s Poolside Reception, including her hit song, “Relax.”