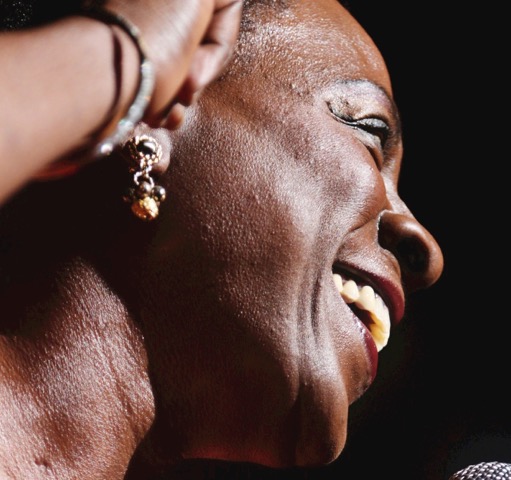 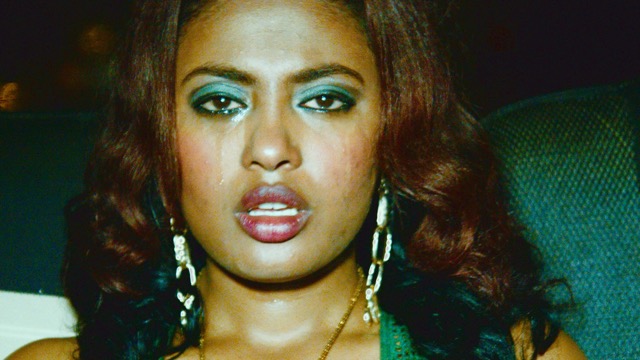 Fereweni Gebregergs stars in the Ethiopian drama “Price of Love.”

TORONTO (NNPA) – The Toronto International Film Festival has aged gracefully into its 40th year anniversary. Black directors, actors and writers have enhanced the celebratory occasion with fine performances and artistic contributions in indie films, big budget movies and life-affirming documentaries. Their work in films that are positioning themselves for the upcoming awards season is on display in   movies that will be released this fall and on into next year in theaters, VOD, Netflix, VH1….

Beast of No Nation *** –This bleak drama follows the capture and indoctrination of a little boy named Agu (Abraham Attah), who becomes a child solider in an unnamed African country. He’s under the spell of an evil leader (Idris Elba). Beheadings, shootings, physical trauma, sexual abuse… The repulsive carnage of war is on view. It’s hard to upstage Elba, but Attah does and he won the ‘Best Young Actor Award’ at the 2015 Venice Film Festival. Credit director/cinematographer Cary Joji Fukunaga for helping shape the performance of a novice who shows more emotional range than a Shakespearian actor. “I am a good boy. From a good family,” says Agu, who then stabs someone to death. Brutal, unimaginable and nightmarish like Lord of the Flies.

Black *** — Black and Moroccan teenage gangs in Brussels provide the backdrop for this Belgian version of a Romeo and Juliet urban drama that harks back to films such as Menace II Society. Directors/writers Adil El Arbi and Bilall Fallah concocted a story that never seems real but is always engaging: Mavela (Martha Canga Antonio), a teenage girl of African heritage, belongs to a violent gang called Black Bronx. She meets Marwan (Aboubakr Bensaihi), a member of a rival Moroccan gang, at a police station. They flirt. They date. They make love. Several rapes, beatings and arrests later, drama builds to a tragic crescendo. Cast gives natural performances. Strong visuals (Robrecht Heyvaert, cinematography) and sound (Hannes De Maeyer, composer; Joeri Verspecht, sound engineer). Arbi and Fallah give production an extended music-video feel. Think City of God, but not as raw.

The Hard Stop *** – In the age of Ferguson, it’s important to put police brutality in a global perspective. This informative non-fiction film does just that as director George Amponsah focuses on the death of Mark Duggan, a young Black man who was killed by armed police in London, on August 4, 2011. That tragedy sparked London riots. The footage profiles Duggan’s friends Marcus and Kurtis as they fight to keep his memory alive and deal with inner city life. Topical film starts with a quote from Dr. Martin Luther King, Jr.: “A riot is the language of the unheard.”

Miss Sharon Jones! **** — Veteran documentarian Barbara Kopple (Oscar win Harlan County U.S.A.) takes music lovers on a journey of discovery, survival and friendship with this touching bio of funk/soul singer Sharon Jones, lead singer of the retro music group Sharon Jones & the Dap-Kings. As Jones battles pancreatic cancer, friends, her management and band members support her. Inspirational – makes you appreciate life and the musicians who bring us joy. Bring a hanky and get blessed by her beautiful spirit.

Price of Love **1/2 — Hermon Hailay, one of Ethiopia’s top film screenwriters/directors, profiles women who sell sexual favors for money in this contemporary drama. A young taxi driver (Eskindir Tameru) comes to the aide of a prostitute (Fereweni Gebregergs) who is having difficulties with her pimp/john/boyfriend. While getting embroiled in her misery, he backslides into his own difficulties with alcohol and chewing khat (a flowering plant with amphetamine-type properties). The premise outweighs the film. Mulgeta Amaru’s dazzling cinematography gets the colors to pop and makes the city of Addis Ababa look chromatic.

Thru You Princess **** – Two disparate souls, worlds apart, meet on the Internet. Samantha Montgomery, a/k/a Princess Shaw, a down-on-her-luck singer in New Orleans, posts the acapella singing of her original songs on YouTube. In Israel, Ophir Kutiel, a/k/a Kutiman, a producer, edits together her performance with clips of other musicians and provides backup instrumentation to her sound recordings. Her music goes viral. Director/writer Ido Haar’s camerawork is invisible. It’s as if Princess Shaw and Kutiman accidentally left the cameras on their computers on and let the world peek in. Brilliant documentary. Completely fascinating. Singing to an empty room has never been so revealing.

Being Charlie ** – A troubled son fights drug addiction. In rehab, he romances a whacked out girl and is guided by a street savvy counselor, played by Common. Rob Reiner directs from a script written by his son Nick, a former addict, and Matt Elisofon. Script is filled with 12-step clichés. Direction is tepid. Common’s regal, hip-hop demeanor keeps him above the fray.

Born to Be Blue *** — Chet Baker (Ethan Hawke), a 1960s jazz trumpet player, was revered for his GQ looks and simplistic approach to the instrument. Miles Davis fractured melodies. Baker caressed them. He loved heroin, too. Jane (Carmen Ejogo, Selma), his girlfriend, helps him battle his demons. Director/writer Robert Budreau gets an able assist from cinematographer Steve Cosens in setting an entrancing retro mode. Hawke, physically miscast, acts his way out of trouble. Ejogo’s interpretation of his lover is angelic. Kevin Hanchard portrays Dizzie Gillespie. Jazz never sounded so sweet.

Eye in the Sky *** — Collateral damage during the war on terror comes into play in this tense thriller directed by Gavin Hood (Tsotsi, Wolverine), written by Guy Hibbert and featuring superb ensemble acting. An unmanned aircraft is ready to bomb an African home filled with terrorists. A little girl sells bread just feet away from the house. To bomb or not to bomb? Cameras on drones depict graphic images. Army officials (Helen Mirren, Alan Rickman) are hawkish, but others (Aaron Paul, Babou Ceesay, Half of a Yellow Sun) balk. A soldier on the ground (Barkhad Abdi, Oscar Nominee Captain Phillips) intervenes. Absolutely riveting.

Keith Richards: Under the Influence **1/2 – Documentarian Morgan Neville (Twenty Feet From Stardom) spotlights Keith Richards in this thoughtful but superficial homage to the brains behind the Rolling Stones. When footage sticks to Richards talking, recollecting his life and musical influences, it’s in tune. When he’s walking down a street clothed like an aging runway model, it’s flat. Music producer and drummer Steve Jordan is the angel that guides the elder statesman of rock and roll through the production of a new album.

The Martian **1/2 – Flashback to the films Interstellar and Gravity, and hold that thought. An astronaut, (Matt Damon) is stranded on Mars after his crew (Jessica Chastain, Michael Pena, Kate Mara) leaves him for dead during a storm. He survives and contacts earth where a ground crew (Chiwetel Ejiofor, Donald Glover, Jeff Daniels) plots his rescue. You know where the script (Drew Goddard, based on a novel by Andy Weir) needs to go. And predictably it does, as Ridley Scott, on autopilot, directs the proceedings. More crowd-pleasing than Interstellar and not nearly as astonishing as Gravity.

Mississippi Grind *1/2 – A chronic gambler (Ben Mendelsohn) is still on the hunt for that big win. His quest takes him through the South, and he has a younger pal (Ryan Reynolds) in tow. The boys bet on everything except who has a weaker liver. Directed by the team of Anna Boden and Ryan Fleck (Half Nelson, Sugar), production feels like a pointless endeavor. Performances are earnest, but never electric. Drama is steady, but never climatic. Alfre Woodard has a supporting role.

Trumbo *** — The 1940s/50s weren’t kind to Hollywood screenwriters like Dalton Trumbo (Bryan Cranston) who were blacklisted for their ties to the Communist party. From a book by Bruce Cook, screenwriter John McNamara crafts a very smart, glib retelling of the era. Diane Lane is the wife, Elle Fanning the daughter and Louis C.K. a fellow scribe. Adewale Akinnuoye-Agbaje (Pompeii) plays a menacing burly convict and but his performance is only half as evil as Helen Mirren who is the powerful red-bashing gossip columnist Hedda Hopper.

Other Films of Note

Demolition ** — This misguided, meandering ode to widowers follows the narcissistic life of a rich investment banker (Jake Gyllenhaal) who hasn’t accepted the loss of his wife. Not outwardly. He forges a relationship with a blue-collar single mom (Naomi Watts) and her kid. The script, direction and acting don’t instantly reveal why this self-serving insular man’s existence is worth following. As the storyline drifts into mental disintegration, his deep sadness becomes apparent, but you won’t care. Directed by Jean-Marc Vallée (Dallas Buyer’s Club).

Freeheld *** — So how does marriage equality offer people benefits in tangible ways? This heart-wrenching story provides back-story. Laurel Hester (Julianne Moore), a closeted lesbian New Jersey police officer, has a secret romance with a younger woman (Ellen Page). She contracts terminal cancer and tries to make sure her partner receives her pension. Her very straight colleague Dane (Michael Shannon) pleads her cause to unsympathetic fellow officers and the town board. A gay activist (Steve Carell) fights her case in the media. Director Peter Sollett (Raising Victor Vargas) establishes an intimate relationship between the two women that makes you want them to triumph. Carell overacts, like he’s doing vaudeville in a drama. Shannon’s understated performance is far more nuanced.

Remember **** — Benjamin August, a casting director turned screenwriter, created an ingenious script centered around a nursing home patient (Christopher Plummer) who has Alzheimer’s and is encouraged by a fellow patient (Martin Landau) to find and kill a former Nazi who murdered their families at Auschwitz. Canadian director Atom Egoyan breaks out of his one-dimensional non-emotional mold to convey the anger, fear, sadness and disorientation the central character feels. Very unique plotline.

Spotlight **1/2 – “Spotlight,” a special reporting unit at the Boston Globe, uncovers a wicked story of local Catholic priests systematically abusing children. The head editor (Michael Keaton) directs his staff (Rachel McAdams, Mark Ruffalo) to investigate, interviewing lawyers (Billy Crudup, Stanley Tucci), victims, priests—all involved in the crime and cover-up. The movie unfolds like All The President’s Men, but is not up to that caliber. Fascinating, but feels dated.

Where to Invade Next ** — Documentarian Michael Moore is like the outspoken uncle you have to seat at the kids’ table at Thanksgiving dinners. This doc, with the misleading title, follows Moore overseas as he examines how other countries are doing a better job with education, penal systems, drug addiction, workers rights. It’s more obvious than ever before that he manipulates facts, or ignores truths, to construct his hypotheses. His opinions are provocative and worthy of discussion, but that comes at the expense of solid research. This doc stands in the shadows of Bowling For Columbine and Sicko.

Black artists, films of African descent and noteworthy movies were an integral part of the 2015 Toronto International Film Festival.