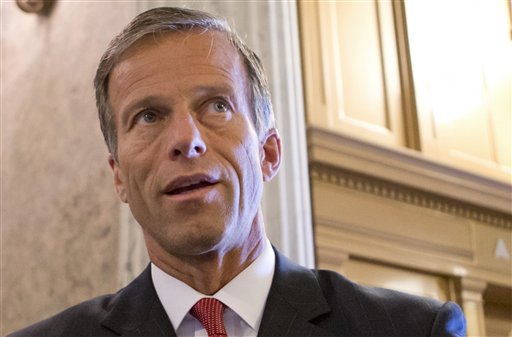 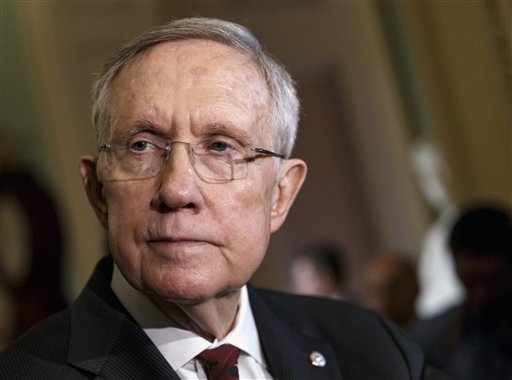 This April 29, 2014 file photo shows Senate Majority Leader Harry Reid of Nev. talking to reporters on Capitol Hill in Washington. A bill to renew a package of more than 50 expired tax breaks cleared its first hurdle in the Senate Tuesday. Other hurdles remain, however. (AP Photo, File)

WASHINGTON (AP) — A bill to renew more than 50 expired tax breaks for businesses and individuals cleared a key hurdle in the Senate Tuesday, giving hope to millions of taxpayers who would otherwise be hit with unwelcome tax increases next spring.

Other hurdles remain, however.

The Senate voted 96-3 to open debate on the bill, which has strong backing from the business community but would add about $85 billion to the budget deficit.

Almost every year, Congress routinely renews the tax breaks. This year they were allowed to expire at the start of the year — meaning taxpayers would get hit when they file their 2014 returns next spring. The Senate bill would extend the tax breaks through 2015.

“Our constituents are depending on us to extend these provisions,” said Senate Majority Leader Harry Reid, D-Nev. “We will not pull the plug before our nation’s recovery is complete. By passing this tax extenders package we will build our nation’s economy more quickly.”

The package includes a business tax credit for research and development and a sales tax deduction for individuals who live in states without an income tax. There is a generous tax credit for using wind farms and other renewable energy sources to produce electricity, and several provisions that allow businesses to write off capital investments more quickly.

One provision protects struggling homeowners who get their mortgages reduced from paying income taxes on the amount of debt that was forgiven. Others include narrow tax breaks for film and theater producers, NASCAR race track owners, makers of electric motorcycles and teachers who spend their own money on classroom supplies.

The tax breaks enjoy broad bipartisan support. But some Republican senators want the opportunity to change the package, and it’s not clear whether Reid will allow amendments.

Republican amendments include making some of the tax cuts permanent while adding others, including the repeal of a medical device tax that helps fund President Barack Obama’s health law.

Thune said he wants to offer several amendments, including a permanent ban on state and local Internet access taxes. A temporary moratorium on such taxes is due to expire Nov. 1.

Ultimately, Republican senators may be forced to choose between blocking a bill that provides popular tax breaks and accepting it unchanged.

When asked whether Republicans would block the bill if they can’t offer amendments, Senate Republican leader Mitch McConnell of Kentucky said, “I can’t tell you right now.”

Senate debate on the bill could last into next week.

In the House, Republican leaders are taking a different approach to the tax package, working to make some of the tax cuts permanent, while allowing others to go away. Last week, the House voted to make permanent the tax credit for investing in research and development.

The two different approaches set the stage for a showdown that might not get settled until after congressional elections in November. For the moment, the White House said the administration supports extending many of the tax provisions in the Senate bill.

“The president in his budget has put forward a way to pay for these tax provisions so they don’t add to the deficit and hopes that as legislation moves forward, Congress will offset their cost by closing tax loopholes,” White House spokesman Bobby Whithorne said in a statement.

Business groups regularly complain about the temporary nature of the tax package, saying it makes it impossible to plan. Nevertheless, business groups are encouraging Congress to renew it rather than pay billions more in taxes.

Chenevert wrote the letter on behalf of the Business Roundtable, an association of CEOs.

Some liberal groups, meanwhile, complain that the package is a corporate giveaway. They are targeting tax breaks that allow some U.S.-based multinationals to shield foreign profits from being taxed by the U.S.

“For another two years, average taxpayers and small business owners would have to pick up the tab for tax dodging by many multinationals,” said Dan Smith of the consumer group, U.S. PIRG.

The conservative Club for Growth also opposes the bill, saying many of the provisions are “government spending disguised as tax breaks.”