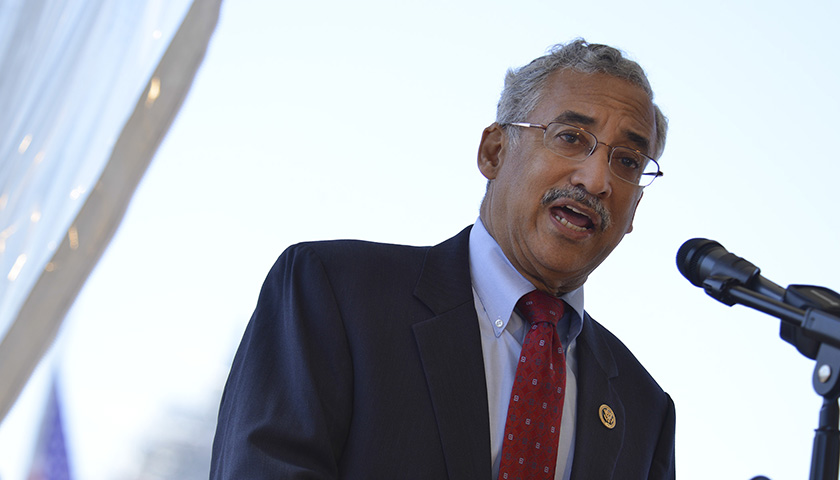 In a rare display of bipartisanship in Congress, the United States House of Representatives voted to establish a commission to examine 400 years of African American history.

House bill H.R. 1242 is designed “to develop and carry out activities throughout the United States to commemorate the 400th anniversary of the arrival of Africans in the English colonies at Point Comfort, Virginia, in 1619.”

According to Washington insiders, the bill will most likely pass by unanimous consent in the Senate.

Once the bill known as the “400 Years of African-American History Commission Act,” or H.R. 1242 in the House, passes Congress, it will land on President Donald Trump’s desk.

If H.R. 1242 becomes law, the resulting commission would consist of 15 members, who would serve without pay. The legislation would authorize the commission to create grants to communities, nonprofits and other groups to hold events that would commemorate the anniversary of slaves arriving in the U.S. The commission could hire staff and also accept volunteers to perform its mission. The commission would be required to submit a report to Congress and terminate in July of 2020.

In a statement about the bill last year, Kaine said that he’s been lucky to be a part of federal commissions that have been formed to study and celebrate English and Hispanic history.

Kaine continued: “The story has a lot of pain to it, but it’s a story that has to be told to commemorate that we as a nation—had it not been for 400 years of African American history—would be absolutely unrecognizable. What we hope to do with this bill is engage in something we should do to tell the story in a different way than it may have been told 50 to 100 years ago.”

In late March, the Congressional Budget Office estimated, “that implementing the bill would cost about $2 million a year—a total of $6 million over the 2018-2021 period.”

In a floor statement about the bill last summer, Rep. Bobby Scott said that African Americans have contributed greatly to the United States and their achievements deserve to be celebrated.

“The history of Virginia and our nation cannot be fully understood without recognizing the role played by the slave trade,” said Scott. “Slavery was an abhorrent institution; but for hundreds of years, it was the foundation of the colonial and early American agricultural system and was essential to its economic sustainability.”

Scott continued: “The 400 Years of African-American History Commission Act will be instrumental in recognizing and highlighting the resilience and contributions of African Americans since 1619. From slavery, to fighting in the Civil War, to working against the oppression of Jim Crow segregation, to the civil rights movement, the rich history of African Americans and their contributions to our Nation began hundreds of years ago but obviously does not end there.”

Lauren Victoria Burke is a speaker, writer and political analyst. She appears on “NewsOne Now” with Roland Martin every Monday. Lauren is also a frequent contributor to the NNPA Newswire and BlackPressUSA.com. Connect with Lauren by email at LBurke007@gmail.com and on Twitter at @LVBurke.

The Mission of the Democratic Faith Working Group