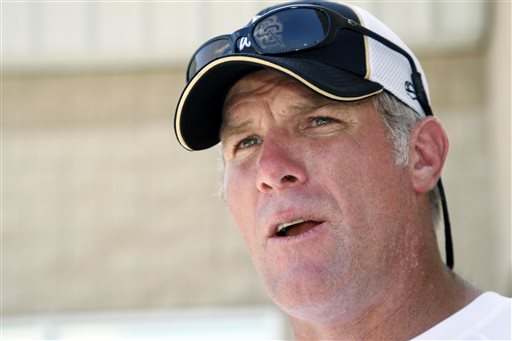 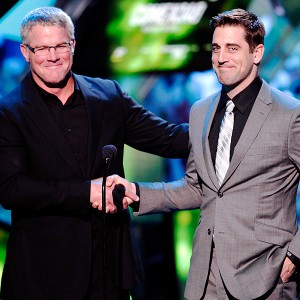 Brett Favre made a surprise joint appearance with Aaron Rodgers at the NFL Honors award ceremony earlier this year to present Peyton Manning with his Comeback Player of the Year honor. (Photo by AJ Mast/Invision/AP)

(The Detroit Free Press) — The great thaw is nearly complete. The big weekend in Green Bay is finally here for Brett Favre.

The former quarterback renowned for his durability and gunslinger mentality will be inducted into the Packers Hall of Fame and have his No. 4 jersey retired on Saturday. It’s a day some Packers fans thought they might never see.

The sides have mended their relationship after a messy split that stemmed from the “will he or won’t he retire” drama that led to a once-unthinkable exit from Green Bay in 2008.

But Saturday begins a green-and-gold celebration of a storied, 16-year tenure with the Packers that helped revive of one of the NFL’s marquee teams.