Bezos: Amazon's in a Plural Marriage to the Cloud, Prime and Marketplace
Advertisement 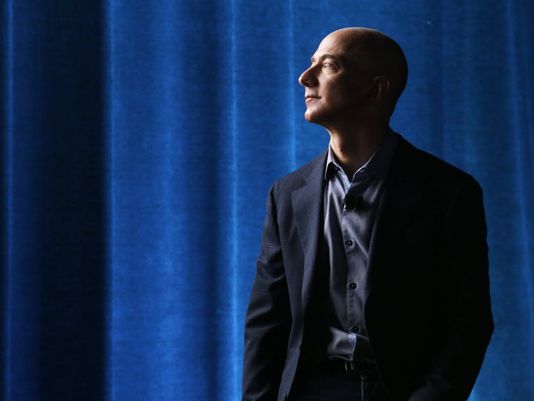 Inside, the Rev. Jesse Jackson took the e-commerce giant to task for its poor record of hiring women and minorities.

Amazon first released information about the gender and racial makeup of its workforce in 2014.

In a letter to shareholders, Amazon CEO Jeff Bezos compared the company’s position to being in a plural marriage, with the company “wed” to three profitable and growing businesses: Marketplace (for third-party sellers), Prime and AWS, Amazon’s web service division.

US Stocks Lower After Setback in Greek Debt Talks

Whole Foods: New Chain to be Named for ‘365’ Store Brand